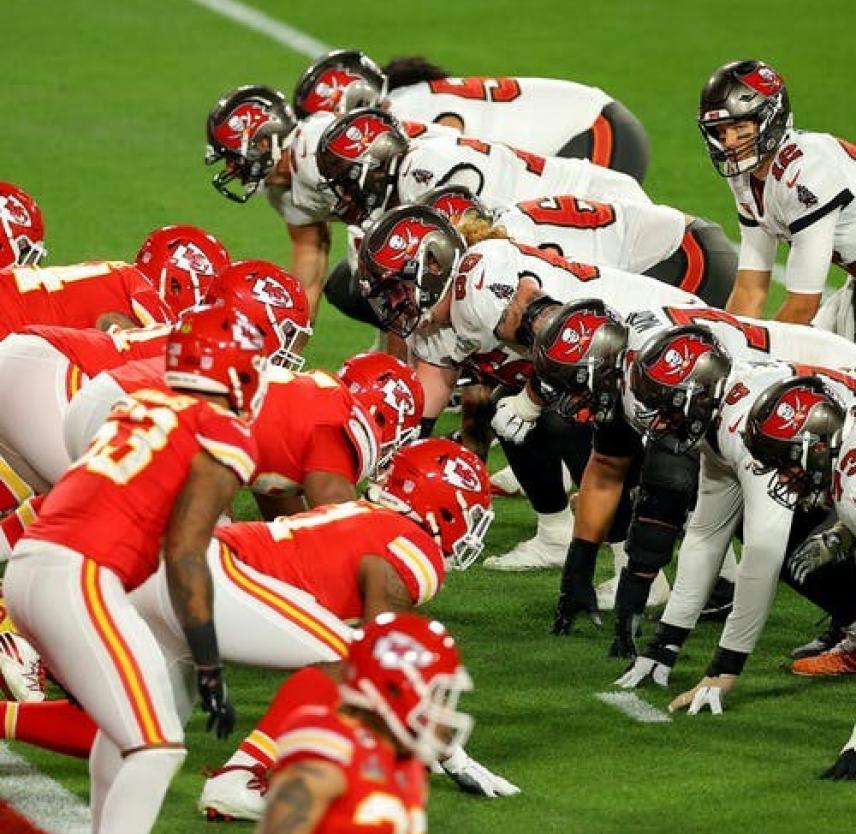 photo by Kevin C. Cox/Getty Images Sports
Related Content:
What a Concussion Really Feels Like for an NFL Player
CTE Found in Nearly All Donated NFL Brains
Concussion and Sports
A Concussion Is Too Serious to "Play Around With"
Do Helmets Give Football Players a False Sense of Safety?
Heads Up: A Sideline Concussion Action Plan
Ex-NFL Player Confirmed As First Case of CTE in Living Patient

An estimated 90 million to 100 million Americans will tune in to watch the Super Bowl this Sunday. Unlikely to be mentioned during the festivities is this sobering but significant side note: Athletes participating in collision sports are among those at highest risk for concussion.

That risk is not limited to professional football. Researchers estimate that 4 million sports and recreation-related concussions occur in the U.S. every year, across all sports and all levels of play and in both games and practices. They happen to athletes and kids playing basketball and soccer and weekend warriors who bicycle and ski. But thousands of concussions also result from car accidents, slips and trips or other blows to the head.

I’m the director of the University of Michigan Concussion Center, and I have been researching brain injuries for nearly a quarter-century. Across the globe, hundreds more researchers like me have dedicated their careers to understanding concussions and traumatic brain injuries – and, most critically, how to prevent and treat them. While tremendous progress has been made, much more remains to be done.

When I began my career, concussions were broadly viewed as “getting your bell rung.” It was not uncommon for an athlete who had been knocked out to be sent back into a game within 20 minutes of injury.

The devastating results of repeat concussions without appropriate treatment led to the adoption of sweeping legislation that specifically addressed youth sports concussions.

That legislation, enacted between 2009 and 2014, is law in all 50 states. Although it varies from state to state, youth athletes now receive annual education on concussions. Those suspected of having a concussion must be removed from play, and concussed athletes can’t play their sport until cleared by a medical professional.

In 2005, researchers discovered the first case of chronic traumatic encephalopathy in a former professional football athlete. The degenerative brain disease is characterized by protein deposits that have been linked to concussions and repeated head impacts.

This monumental finding occurred concurrently with U.S. military involvement in Iraq and Afghanistan. For both conflicts, traumatic brain injury became the signature injury of returning veterans, and the U.S. government increased funding to study short- and long-term effects of concussion.

In addition, sports organizations reversed their prior stance and acknowledged the link between concussions and long-term injury. They began supporting policies that embraced evidence-based rule changes to reduce concussion risk.

A golden age of concussion research

Those events laid the foundation for a new generation of scientists to explore precise ways to diagnose concussions, develop novel treatment options and understand who’s most at risk for negative long-term outcomes.

That includes three transformative studies that are currently underway in the U.S.: TRACK-TBI, which is evaluating 3,000 patients across traumatic brain injury spectrum; NFL-LONG, which tracks former NFL players; and the CARE Consortium, which has enrolled more than 55,000 military service academy members and collegiate athletes to better understand the short- and long-term effects of concussion.

The CARE Consortium, which I co-lead, has produced more than 100 peer-reviewed papers that have contributed to overall improvements in concussion diagnosis and management. Notably, we reported that recovery from a concussion may take up to one month. We also discovered that male and female athletes return to post-concussion play at the same rate and identified blood-based markers that may eventually serve as the gold standard for concussion diagnosis.

My colleagues and I are now starting follow-up evaluations of the CARE Consortium participants to better understand the long-term effects of injury. Those findings, along with work from other studies, will inform researchers on the risk of long-term neurodegeneration and shine a light on ways to intervene with medications and therapies.

Concussion research is flourishing. Since the first modern case of chronic traumatic encephalopathy was identified 17 years ago, more than 13,000 papers have been published in the medical literature. Although researchers have much more to learn, the advances in concussion care over the past 20 years are clearly significant. Concussed athletes are now kept off the playing field substantially longer, standardized assessment protocols are widespread and rules are in place to reduce concussion risk.

Findings from these studies will never grab headlines as the Super Bowl does, and some may say that policy changes should happen faster. Admittedly, the scientific process is slow, but decisions based on limited research are rarely, if ever, the right decision. But one day, this largely unheralded work will keep sports safe and its participants whole in body and mind.