Do Helmets Give Football Players a False Sense of Safety?

George Visger
Related Content:
Jason Belser Discusses Concussion and the NFL
Would This Retired NFL Player Do It Again?

Retired NFL player George Visger talks about the dangers of sub-concussive hits and what changes could make football safer for youth and pro players.

As far as the helmets and the equipment go-- one, you nailed it when you mentioned if--do helmets give you a false sense of security? One of my recommendations to Dr. Ellenbogen, after two and a half pages, the last one I gave him--I said, "This is one that will never fly." I said, "You want to protect guys' heads, get rid of helmets." Every single play they teach you--whether you're blocking or tackling-- you bow your neck and you stick your face through the numbers. Okay, when you block, aim for the crack of the neck, stick your face. The human brain wasn't meant to be used as a weapon, and that's exactly what it is. Now, you go back to the old days--with the leather helmets and all that stuff-- people go, "Oh, you know--they were so much tougher." They didn't tackle. It was all shoulder tackling, shoulder blocking. It wasn't this every play you lead with your head. And studies have shown it doesn't have to be the concussions that cause a problem, it's the repeated subconcussive hits. A typical--you know, Pop Warner player may have 1,200, 1,500--whatever it is-- 2,000 subconcussive hits in a year. What-- a 10-year-old kid--you know, would you let your kid bang his head against the wall-- just tap it--for 1,200 times? I mean, really? But, it's a lot harder than the taps, and they've also put accelerometers in these kids' helmets now, and they're finding out they're generating the same G-force as the guys in the NFL do on some hits. So, there's a number of ways--from changing equipment, changing the culture of the game, you know, rule changes. It all needs to to come into play or at the rate it's going, it's not going to be around much longer. The liability is going to be too great for anyone to fill the team.
Posted on BrainLine January 3, 2013. 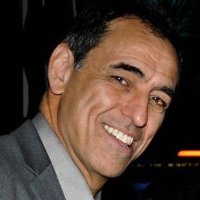