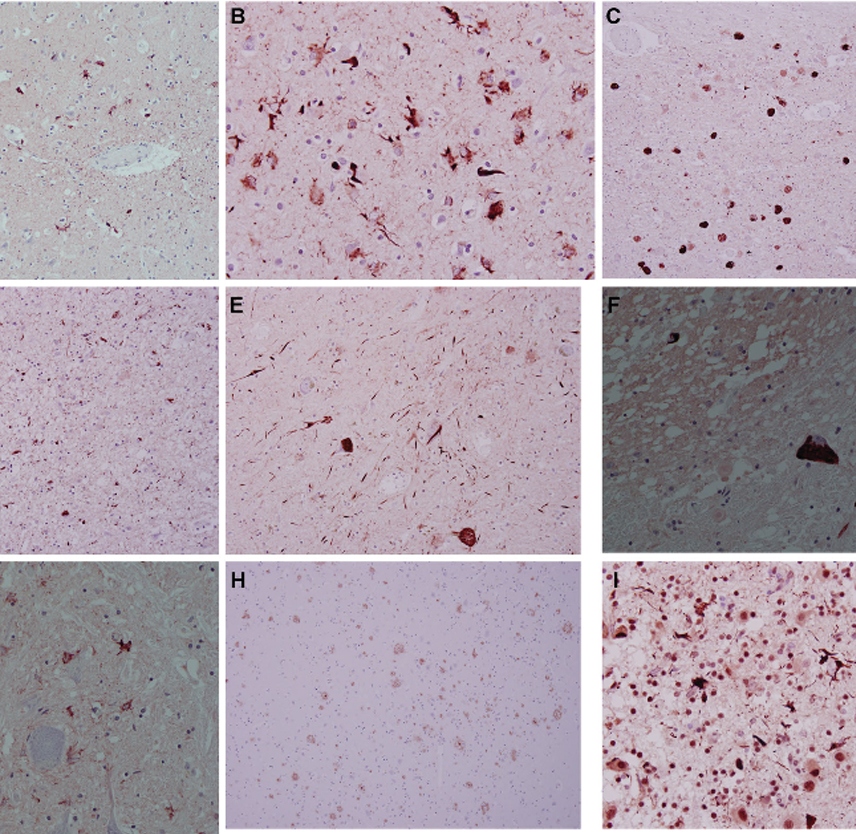 Currently, only presumptive diagnosis of chronic traumatic encephalopathy (CTE) can be made in living patients. We present a modality that may be instrumental to the definitive diagnosis of CTE in living patients based on brain autopsy confirmation of [F-18]FDDNP-PET findings in an American football player with CTE. [F-18]FDDNP-PET imaging was performed 52 mo before the subject's death. Relative distribution volume parametric images and binding values were determined for cortical and subcortical regions of interest. Upon death, the brain was examined to identify the topographic distribution of neurodegenerative changes. Correlation between neuropathology and [F-18]FDDNP-PET binding patterns was performed using Spearman rank-order correlation. Mood, behavioral, motor, and cognitive changes were consistent with chronic traumatic myeloencephalopathy with a 22-yr lifetime risk exposure to American football. There were tau, amyloid, and TDP-43 neuropathological substrates in the brain with a differential topographically selective distribution. [F-18]FDDNP-PET binding levels correlated with brain tau deposition (rs = 0.59, P = .02), with highest relative distribution volumes in the parasagittal and paraventricular regions of the brain and the brain stem. No correlation with amyloid or TDP-43 deposition was observed. [F-18]FDDNP-PET signals may be consistent with neuropathological patterns of tau deposition in CTE, involving areas that receive the maximal shearing, angular–rotational acceleration–deceleration forces in American football players, consistent with distinctive and differential topographic vulnerability and selectivity of CTE beyond brain cortices, also involving midbrain and limbic areas. Future studies are warranted to determine whether differential and selective [F-18]FDDNP-PET may be useful in establishing a diagnosis of CTE in at-risk patients.