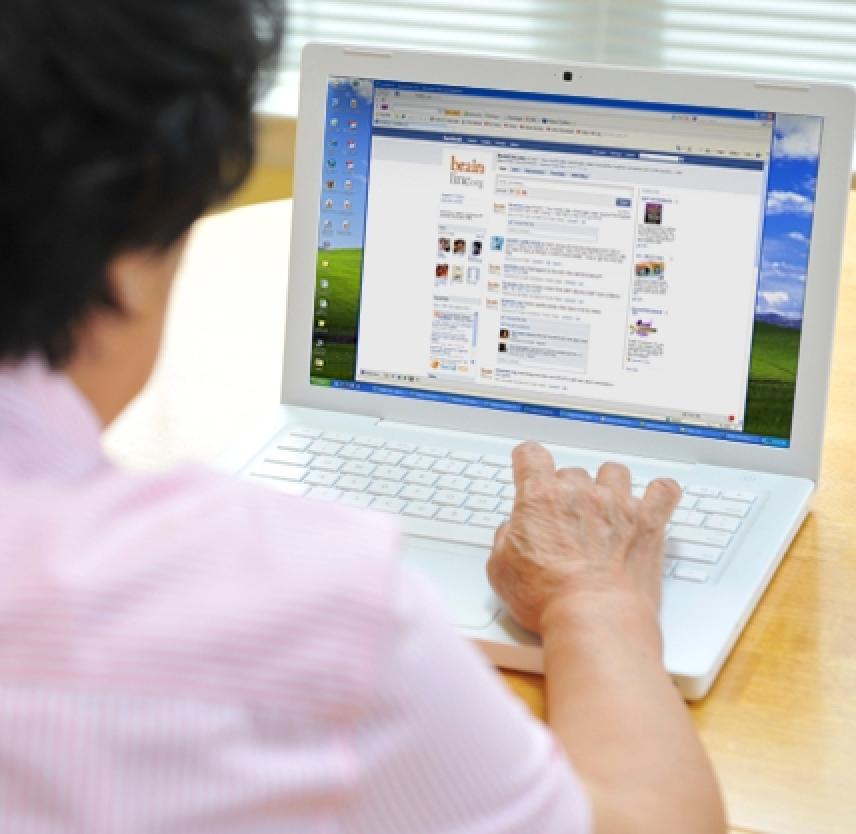 Related Content:
How and Where Can I Meet New Friends or People to Date?
Michael Paul Mason Talks About What Happens to People Post-TBI
Teens Talking to Teens
Army Staff Sergeant Roy Bell on Life After a TBI
Forever Seeking "Normal"

As the author of a book on brain injuries, I happen to have a lot of friends on Facebook who are survivors of neurotrauma. I enjoy interacting with them and exchanging comments about current events and brain research, but for the past several months, I’ve been interested in how they’ve been using Facebook and other social networking sites.

Most people involved in brain injury rehabilitation know that a brain injury has a terrible effect on a person’s social life. After the injury, it’s much harder to get out and meet people, and so it becomes even more challenging to maintain old relationships and create new ones. But after observing some injured friends using Facebook, I suspected that social networking might play an important role in the recovery of our social lives following injury.

In October of 2009, I sent out an informal, ten-question survey to brain injury survivors using my Twitter and Facebook accounts and was surprised to receive more than 50 responses in a matter of days. In a nutshell, I learned that:

But most fascinating of all were the passionate comments some people left about their social networking experience:

“Because of my brain injury, I am no longer capable of holding a full-time position. Social networking has kept me connected to the outside world and relationships.”

“I like the freedom and the fact that people get to know me, not my injury. Sometimes the visual appearance of my injury leaves me feeling awkward — or the inability to react quickly in a conversation. I don't want to be treated like I am special; I don't want to be pitied. Online I get to be just me.”

“Prior to joining Facebook, I was almost completely socially isolated. “This experience has not only helped me socially, but by continued use of the computer I have gained new skills, diminished depression, gained in confidence and self-assurance, and have begun limited work again. Most of my family members live thousands of miles from me — now we can contact each other daily if we want. I no longer feel disconnected from the world. I can honestly say that this experience has increased the quality of my life beyond any other since my brain injury.”

More than 30 survey comments indicated that social networking played a valuable role in the lives of people who have sustained a brain injury. So what are the implications of these early findings?

Social networking may offer a way for survivors to slow or even reverse the social upheaval caused by brain injury. It will be up to researchers and rehabilitation professionals to begin studying the correlations between social networking and life satisfaction. They will also need to address the physical and cognitive barriers to computer use, and ultimately determine if social networking skills should be taught at some phase of recovery.

One thing is clear: people with traumatic brain injury are already using Facebook, Twitter, and other sites to supplement their social lives, and they’re doing it largely without professional help. At the least, social networking is an important phenomenon that deserves a closer look as a potentially therapeutic tool for anyone with a disability.

Michael Paul Mason is an author as well as a contributing editor to Discover magazine, where his science reporting has taken him into Iraq and behind Vatican walls. His first book of literary non-fiction, Head Cases: Stories of Brain Injury and Its Aftermath (Farrar, Straus & Giroux), chronicles the extraordinary plight of people who have sustained a brain injury. Mason has also served as an editor for two literary publications, and has appeared on several national media outlets, including the Newshour with Jim Lehrer, the Diane Rehm Show, CBS News, and NPR's Morning Edition. He remains active as an advocate for people with brain injury. Learn more at www.michaelpaulmason.com.

This is my support network while unwell. up-to date info on closed facebook PCS support groups. It got me through. I wasn't alone. I could ask questions doc couldn't answer, and vent with support and love and give it back to others. My facebook was a lifesaver at dark scary times. I wasn't alone. It's a powerful tool.

After my car accident I didn't use Facebook for a year. When I started again I became obsessed with going through the whole feed until I came to the last post I read the day before. I also have to hide any post that is combative because it causes a trigger. Facebook is a great way for survivors of TBI to keep social but I feel that it is important not to substitute it for in-person socialization. I push myself to interact to rewire my brain so I function more like I used to. Just thought I would add some thoughts that weren't mentioned in the article.

Social media has allowed me to connect with other TBI survivors so that I don't feel like an outsider like I do with "normals" (as we tend to call them). If it weren't for social media, I wouldn't be able to talk to others who are going through what I have. We're the only ones who truly know what it's like.