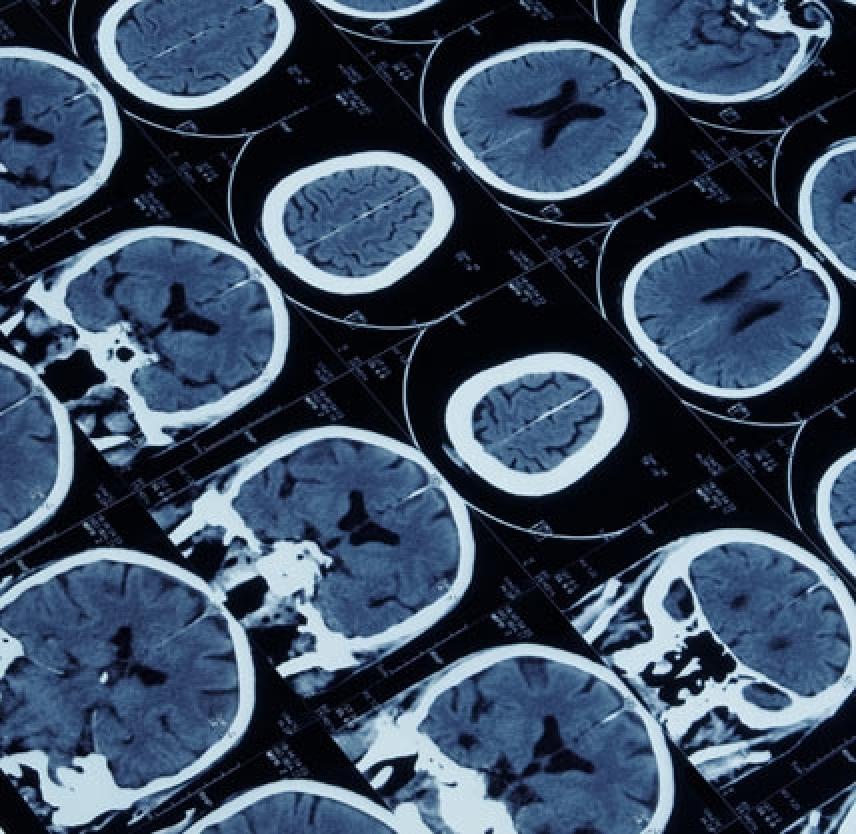 Related Content:
What Happens Immediately After the Injury?
What Impact Will Moderate or Severe TBI Have on a Person's Life?
Dr. James Kelly Talks About Areas of the Brain Affected by Concussion
The Many Faces of Traumatic Brain Injury
Michael Paul Mason Talks About What Happens to People Post-TBI

NORTHFIELD – Ted Stachulski used to thrive on fast thinking, multi-tasking and stress. He worked as an engineering and robotics technician for large companies in Massachusetts, and he delighted in being able to juggle several problems at once.

In his spare time, he served as crew chief for a drag racing team. He once baffled car owners and spectators by modifying the snowmobile engine that powered his team's dragster, built to five-eighths scale, so that its time for one-fourth mile dropped from 13 seconds at 120 miles per hour to 8.7 seconds at 152 miles per hour – an unheard-of achievement.

Then, within three years, he suffered three head injuries.

In 1999, he got hit in his right temple at work by a piece of metal. He felt dizzy and nauseous, and because he suspected he had a concussion, he went to the emergency room. A CT scan showed nothing.

The next year, he was hit by a piece of equipment and suffered another concussion. The force of the eye-level blow knocked him to the floor.

On a windy October day in 2001, his truck overheated, so he pulled off the road and opened the hood. A strong gust caught it and blew it back to the glass, and the hood crashed down, knocking him out. When he came to and found his cell phone, he couldn't remember how to use it.

Stachulski knew what a concussion was because he had had several of them while he was in high school playing baseball, football and hockey. What he didn't know was that the effect of repeated concussions was cumulative.

He began to drop tools. His tool box and desk, once meticulously neat, became disorganized. As the injuries accumulated, he grew more dysfunctional. Ultimately, he was forced to quit work.

"I was a disaster waiting to happen," he said.

Stachulski, who now lives in Williamstown, told his story to nursing students and cadets at Norwich University recently. The Marine Corps veteran of the first Gulf War has a new mission: raising awareness about Traumatic Brain Injury among health care professionals and getting information about support and services into the hands of brain-injured veterans.

"Traumatic Brain Injury has become known as the signature wound of the wars in Iraq and Afghanistan," Stachulski said.

Commonly referred to as TBI, it is defined as "a blow or jolt to the head or a penetrating brain injury that disrupts the function of the brain." It's a largely unrecognized public health problem. An estimated 5.3 million Americans live with disabilities from a brain injury. Stachulski called it "a silent epidemic." Many people don't think of a concussion as a brain injury, and 85 percent of mild traumatic brain injuries are undetected by MRIs.

The statistics are probably conservative. Many men won't admit they have an injury, either because of "the macho thing," Stachulski said, or because they fear it would put them at a disadvantage in the dog-eat-dog world of career competition. The number of Vermont veterans with Traumatic Brain Injury is unknown.

For soldiers in combat zones, blasts are the most common cause of brain injury. Soldiers who deactivate roadside bombs are exposed to repeated blasts. Some who show no outward sign of injury after a concussion are sent back into battle, where they are re-injured. If a soldier suffers multiple wounds, medical efforts will focus on treating those that are life-threatening. Often nothing is noted in the medical records about the possibility of brain injury.

It took Stachulski from 2001 to 2005 to get a correct diagnosis and find appropriate treatment. He went from one specialist to another. Each brought the perspective of his specialty to bear, but none looked at the totality of his symptoms, including changes in behavior noted by his co-workers, friends and family. Finally, in 2005 he went to the VA Medical Center in White River Junction, where medical providers who had cross-training put the pieces of the puzzle together.

Family members, friends and co-workers can play an important role in getting help for people with Traumatic Brain Injury, Stachulski said, because they often recognize changes before the person with the injury does. Some of the most frequent symptoms are changes in thinking – short-term memory loss, slowed processing, trouble finding words, difficulty learning new information, problems putting the steps in a process in the right sequence and difficulty in making decisions.

Traumatic brain injury can also show up in the form of emotional changes such as depression or anxiety. (Stachulski found himself getting angry with co-workers after his last injury.) Fatigue, sensitivity to light and sound, becoming easily over-stimulated and losing a sense of time are also common experiences. Stachulski says injured veterans sometimes show up two hours early – or late – for doctors appointments.

As Stachulski began the long haul of rehabilitation, he started collecting information about Traumatic Brain Injury and handing it out to veterans. A year ago, he created "The Veteran's Traumatic Brain Injury Survival Guide" and began printing, assembling and distributing free copies. Last week he took 20 copies to the Veterans Center in South Burlington. A few days later, only three remained.

The guide describes the symptoms of Traumatic Brain Injury, provides a flow chart of the screening process and describes what various specialists do. It includes information on how to cope with vision and memory problems, head pain and seizures. And it lists resources and contact numbers for support groups; vocational, rehabilitation, counseling and economic services; alcohol and drug abuse programs; and services for spouses and family members.

The Vermont National Guard Global War on Terror Outreach Specialists, which "help every single veteran in the state – you don't have to be a National Guardsman," Stachulski said. Known as GWOTs, the organization provides screenings, conducts outreach to veterans and their families, provides access to mental health and clinical services, helps veterans with paperwork and arranges transportation to medical appointments.

Vermont Vet to Vet support groups, which offer peer support to all veterans. "These guys helped me out so much it was unbelievable," he said. "They know how the VA system works and they know how to channel people accordingly." (The White River Junction chapter has a women's-only meeting.)

From the Times Argus, Montpelier-Barre, VT. Reprinted with permission. All rights reserved. www.timesargus.com.

In the Military being vocal about a TBI, Traumatic Brain Injury should not be something a soldier is hesitant about because, in truth, it is the signature injury of the war. As a survivor I am fortunate to be involved with a strong support system. Since TBI is known as the silent epidemic, it is important to be involved in the advocacy and recovery of all TBI survivors, both civilian and military.