What Does a Neuropsychologist Do, Exactly?

Neuropsychologists look at the interplay between what a person's brain does and how they act in life -- emotionally, physically, socially, and so forth.

A neuropsychologist really looks at the interplay between how the brain functions and what the brain does, and how that impacts what you do in the rest of your life-- socially, emotionally, physically, cognitively. The bulk of what a neuropsychologist does is that through assessment, we administer a battery of tests that tap into different functions of the brain. So some of the tests, we'll look at whole brain function. Some of the tests, we'll look really very specific functions of different areas of the brain, to kind of look at how they're all working together or not working together, and then to apply that to difficulties that people may be having in their life, as the result of an injury or an accident or some kind of disease process. It's really--largely it's a diagnostic field. that really looks at more closely why people are acting the way that they are acting based on how their brain is processing information. A subset of that is a rehabilitation neuropsychologist who does much of the same kind of assessment, but then also works in the rehabilitation world and helps a lot of the treatment team, in terms of their ability to implement some of their therapeutic practices, based on what we've learned about how the brain is functioning. Neuropsychologists can do some cognitive rehabilitation themselves. Very often it is referred out to other disciplines, occupational therapy, speech therapy. We also can do some therapy, again, based on--largely it's based on adjustment to disability and injury, dealing with some of the psycho-social issues that go along with acquiring some kind of a disability, and adjusting to the fact that your brain is not working the way that it used to. Most people don't think about all of the stuff that their brain does, so that when it's not functioning properly, they have a sense of "I don't feel like myself," and are not quite sure why that is. So a neuropsychologist may do a lot of education about why that is, based on the results of the tests that we've got.
Posted on BrainLine February 7, 2011. 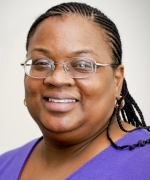 Nice information about Neuracologist and your brain!

That was interesting, informative and very easy for me to understand. Thank you.

Thank you Dr for that clear, easily understood definition of Neuropsychologist.

By the age of 50, I underwent four brain surgeries because of bleeding.

When referred to a neuropsychologist I went for 2 years but never knew the purpose until I asked questions. All I knew was that this is where I got my medication.

I no longer have the service because it is outside of my health plan. My fear is that as my emotions and thoughts change... who will thoroughly understand mesothelioma Neurological Disorder? Thank you

I am a US Marine Veteran who suffered a mild Traumatic Brain Injury in March of 1981 while on active duty. I was unconscious for about 18 to 20 minutes or so (as written on US Navy Corpsman medical report in my medical record). Throughout the years that followed, while on active around 1988, my cognitive ability was affected noticeably.

The Veterans Hospital won't recognized my disability from TBI but yet from 1990 until the present I have been diagnosed with multiple mental disorders including NOS cognitive disorder. Now I am at the stage of my life where I need to get outside help from a Neuropsychologist in the civilian sector. Doing this required me to obtain a Nexus letter from a Neuropsychologist of his or her findings and in that release of information will be given from additional Veterans Hospital of my personal medical file.

I am on an ongoing going claim for benefits compensation through the Veterans Hospital. My request is ongoing of Mild Traumatic Brain Injury coexisting of Mental illness disorders. For further information would greatly support me. I've several opportunities to call upon Neuropsychologist in the San Diego County area. The Psychiatric Center Of San Diego. Please give me directional advice to support me Thank You.

Dear Marine Veteran,
My husband is a disabled veteran. He recommends going directly to the nearest DAV office. They have lawyers, counselors, and doctors who are just
Waiting for cases like yours. Double-time to the DAV. Good luck.