William "Bill" Jones joined the United States Army in response to the attacks on 9/11. After several deployments he started struggling with mental health. Anger, anxiety, and symptoms of post-traumatic stress disorder (PTSD) were taking over and he retired from active duty. With the help of Wounded Warrior Project's Project Odyssey® he was able to start feeling better and start living his life again.

For information about treatments for PTSD and brain injury, please visit The Treatment Hub.

When I got home from Iraq I was a different person. I was very emotionally disturbed, very aggressive, very controlling, and very violent, and I didn't like that.

When Bill Jones decided to become a service member as a response to the September 11 attacks, he was ready for anything, but his close brush with death during his second year of deployment left a lasting effect on him.

Bill tried cognitive processing therapy and prolonged exposure therapy without much relief and he ended up being medically retired. But things finally turned around for him when he connected with the Wounded Warrior Project. Bill joined the 12-week mental health program called Project Odyssey, focusing on outdoor adventure.

They did team building exercises. For instance they took us out ziplining. They really worked on building the structure of a team in a safe environment with people that had similar conditions so that we could identify that we're not alone and learn to rely on people other than ourselves. An incredible experience. It's something I can never replicate because, you know, it was the first time I ever experienced something that felt like somebody actually cared about my well-being instead of just being a number.

For Bill, that means bringing people the joy of live music.

I ended up going on tour the summer of 2014 with KISS and Def Leopard. Such an amazing experience. I work in the live events industry building video screens for live performance. It's one of the most amazing jobs I've ever had because I feel like I'm part of something way bigger than myself. These live events are huge and they make hundreds of thousands of people happy and that makes me happy.

The noise, the crowds, the bright lights, it all would have been too much for Bill had he not found help for his PTSD.

Project Odyssey gave me freedom from anxiety, and I don't mean that I didn't experience it, I mean that I was able to face it in a different light and it didn't have nearly the grip that it had on me. I was able to confess to my wife. I was able for the first time to tell her what I experienced in Iraq that first tour and it became the first building block of rebuilding my life. They gave me the start of my life back

BrainLine is powered in part by Wounded Warrior Project to honor and empower Post-9/11 injured service members, veterans, and their families.

BrainLine is a service of WETA, Washington, D.C.

The events of 9/11 awakened something in then-25-year-old Bill Jones. He’d been considering serving in the military for a while, but after that day, Bill joined the U.S. Army infantry. In 2003, while deployed to Mosul, Iraq, a mortar round landed close enough to him that the shock wave “rocked him to the core.” The symptoms of post-traumatic stress disorder (PTSD) and traumatic brain injury (TBI) became evident right away. 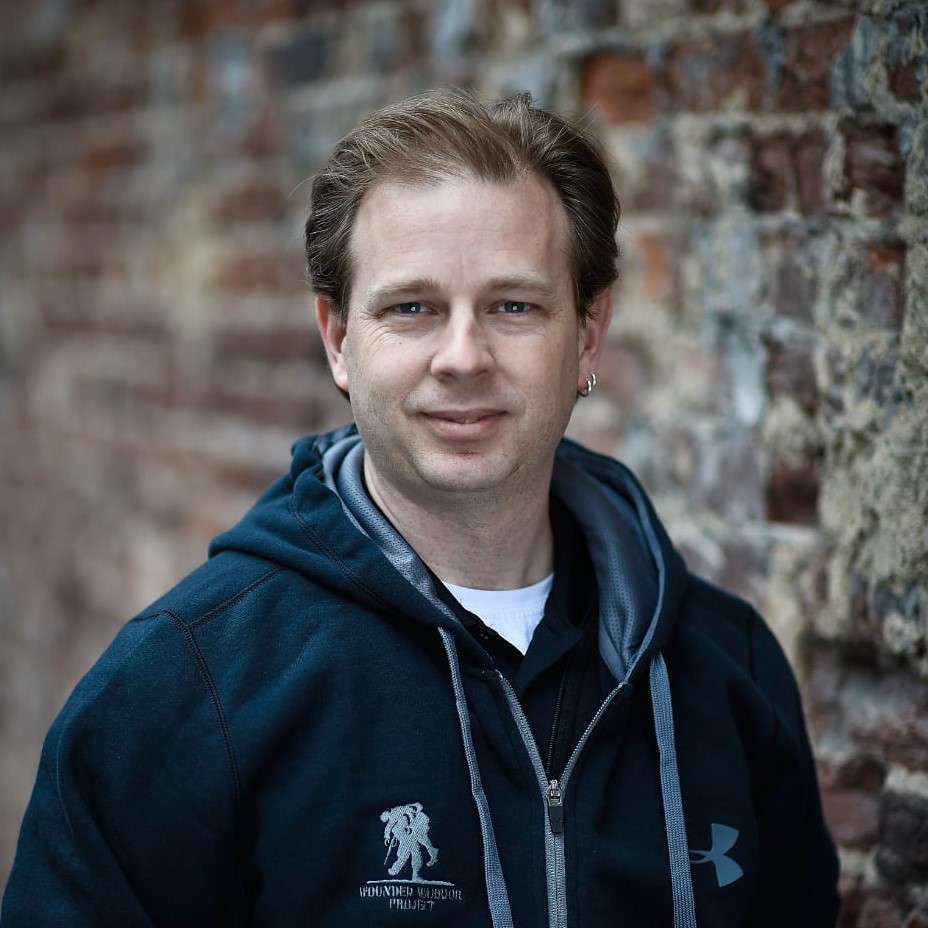