The Dangers and Misunderstandings of a Second TBI

Wayne Gordon, PhD
Related Content:
Repetitive Head Injury Syndrome
When Is It Safe to Return to Play After a Concussion?
What We Know and Don't Know About Multiple Concussions
Single Versus Cumulative Concussion
Why Is an Injured Player More at Risk for a Second Concussion?

Hear what happens to one young girl who has a minor TBI while snowboarding ... and a serious car crash months before.

A couple weeks ago, I got a call from a mom in Connecticut who had gotten my name from a neuropsychologist here at National Children's Hospital, who I'm sure you know, and her child--this was in November--her child fell in a skiing--boarding accident in January of 2010. Fell over, hit her head. Little headaches immediately. All of a sudden began to develop a significant anxiety disorder. Was treated by her pediatrician with increasing doses of Prozac. Then, in the summer, was put on 50 mg of Zoloft. Okay. All of a sudden this summer, the kid has an aggressive outburst, okay, on the Zoloft. Goes to a major medical center, academic medical center in the Northeast. Has a 2-week admission on an inpatient psychiatric unit, and is diagnosed with Asperger's syndrome. Okay. Doesn't make any sense. Here you have this highly functioning child doing extremely well in school. All of a sudden, what--do you have late-onset Asperger's? I mean, where does that come from? So we get the kid, and I interview her and say, "Well, tell me what happens in school." She says, "Well, I'm doing fine in school." I said, "Do you remember what's going on in school? Do you know what's going on?" "I don't remember anything." "I don't remember anything that goes on in school." And, indeed, she says, "When my mom tells me to do something, I have to go up and down the stairs 5 times because--and she needs to tell me to do it 5 times because I don't remember what Mom tells me to do." So we tested the child. We saw her IQ was somewhere around 120. Her memory score on every memory test we gave her, was below the first percentile. Okay. So this youngster just couldn't remember anything. She couldn't encode something. So, I was kind of shocked by the severity. I said, from this accident we have this? Well, I called Mom, who said, "Well, in 2009--" so the year before the skiing accident-- "we were in a car crash." "And we were hit head-on going very low speed by a vehicle who was going about 45 mph. " "Our car was totaled." The child was in the backseat and had seatbelt burns on her body, some fractures. Okay. So there was--the child was able to rebound and recover from that injury. High-speed acceleration/deceleration injury. Typical of what you normally see and would call a concussion or a "mild" brain injury. She did fine. Most people recover from those things. She then had a second one a year later, and she didn't have the resiliency to be able to recover from that one. It's one of the things we don't know about brain injury. We don't know how many concussions or how many blows to the head or how many of these sub-concussive hits a ballplayer can take before they begin to exhibit signs of having an injury. Interestingly, at a meeting I was at in October in Canada, they looked at a small group of youngsters who played hockey, who had been concussed, and they had been cleared to play, to return to play. So that meant on impact testing, which is the standard neuropsychological testing they use for athletes, they had returned to baseline. These kids were given an fMRI, and it showed distinct signs of brain injury. Okay. So they had returned to baseline, but they still had an injury. So even though they had--their function was okay, there still was evidence there that their brain had been injured. So, return to play doesn't mean there's no injury. Return to baseline doesn't mean there is no injury. I think these are all very, very, very difficult issues that we face because we're talking about sports as being a very, very important aspect of people's lives and kids' lives. And I think it's not that they can't play. Okay. It's how do we make these activities safer for them? But I think the big issue also is educating people about concussions. That a concussion, yes, is a brain injury. That most people do recover from concussions. That 15 to 20 percent of folks don't recover from concussions. And we don't know how many of these hits that somebody can sustain. So it would make sense to me that, for example, if Johnny comes into school on Monday, and the teacher says to him, "Well, how was your weekend?" And Johnny says, "You know, I fell off my bike and I was out of it for a little while," rather than saying, "Go sit down," the teacher made some note of that so if this child who, on Friday, was functioning fine begins to run into trouble, there's some note either in his file or in the back of her head that can make a concussion--the attribution or the connection between what ails Johnny and his performance so that he doesn't get misdiagnosed, like this young girl.
Posted on BrainLine March 15, 2011. 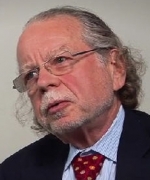