The Worst Head Injury I Ever Saw (in someone who was still alive): Part 2 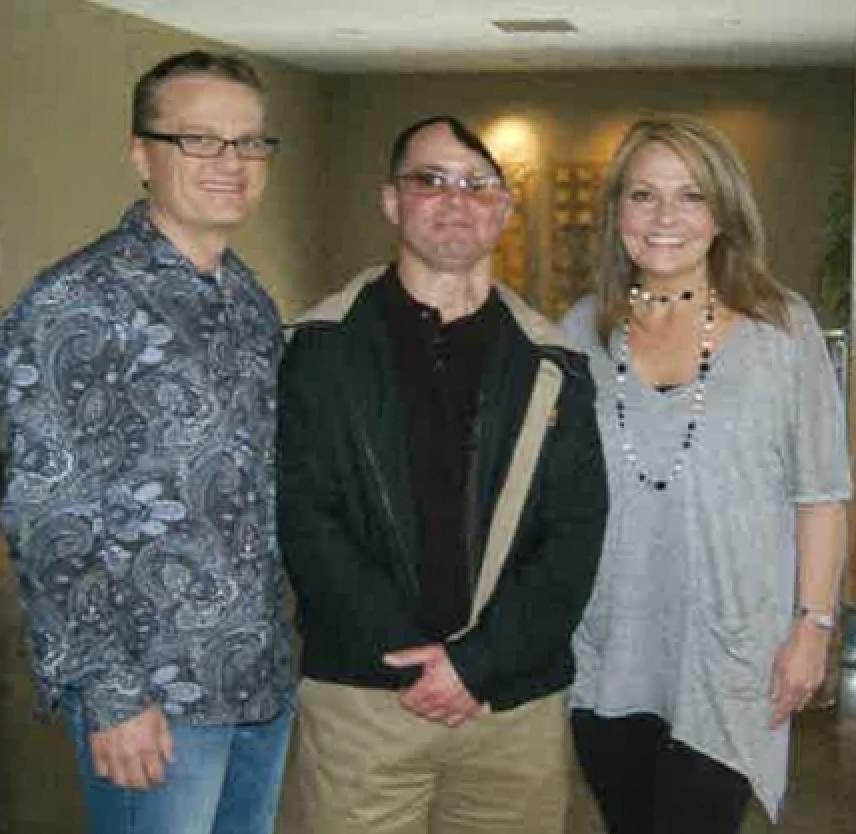 "The Worst Head Injury I Ever Saw" is excerpted from Dr. W. Lee Warren's, No Place to Hide: A Brain Surgeon's Long Journey Home from the Iraq War. Warren’s story is an example of how a person can go from a place of total loss to one of strength, courage, and victory.

< Read The Worst Head Injury I Ever Saw, Part 1

I looked where she was pointing. For reasons I couldn’t remember, I had labeled one folder “Statzer, Paul.” I clicked on the folder, and Lisa watched as I played her a slideshow of the worst case I’d ever seen.

“I have no idea. The odds were against him. He probably died before he got home.”

Lisa typed Statzer’s name into her Internet search engine. I watched, disbelieving, as a video came up of a reporter interviewing Paul Statzer, very much alive.

I was shocked. There he was, missing half his skull, talking about the upcoming operation to rebuild his head. The reporter mentioned that Paul Statzer grew up in and still lives in a suburb of Pittsburgh, where I’d learned how to be a brain surgeon. The news story explained that Sergeant Statzer had been three feet away from an IED when it detonated and blew off half of his head. He was transported to a hospital in Iraq, where doctors removed parts of his skull and brain and repaired the holes in his neck and face. An unidentified doctor called Sergeant Statzer’s family to tell them that he was unlikely to survive long enough to reach Walter Reed.

“Lisa, I was the doctor who called Statzer’s parents. Three other surgeons and I operated on him, but none of us really thought he would survive.”

“Here’s another link,” Lisa said. It led to the website of a teenager in Indiana named Alison Mansfield. Alison had started an organization called “Operation US Troop Support” after a fifth-grade assignment led her to discover the story of Sergeant Statzer. I read the story and saw again how the fog of war and the stretch of time can cloud facts. For example, she wrote that a nurse had called the Statzers that night, but I knew it had been me. Probably, the phone call from the nurse came to the Statzers when Paul was in Landstuhl, Germany, before the final flight to Walter Reed.

Lisa and I kept clicking through Ms. Mansfield’s website, and we saw pictures of Paul playing golf, meeting congressmen, living his life. I shook my head.

“I think you should email Alison and see if she can arrange for you to talk to Paul,” Lisa said.

After a very long few days, we received a reply from Alison Mansfield. She wrote that Paul’s father, Jim, would like to speak with me.

So on a Tuesday afternoon at my office, Lisa held my hand while I timidly dialed Mr. Statzer’s phone number. After several rings, a man’s voice answered: “Jim Statzer.”

“Mr. Statzer, this is Dr. Lee Warren. I was the neurosurgeon who operated on your son in Iraq.”

After a long pause, Mr. Statzer cleared his throat. “I don’t mean disrespect, Doctor,” he said, “but before I tell Paul about this I have to be sure this is real. Would you please tell me what I said to you after you told me Paul was alive?”

Another pause, and Mr. Statzer said in a shaky, hushed tone, “Thank you for saving my son’s life.”

Over the next several minutes, he filled me in on what had happened to Paul after leaving Iraq. The doctors who treated him at Walter Reed Medical Center believed that his case was hopeless. Mr. and Mrs. Statzer, however, believed that Paul had survived this long for a reason and that his survival should be in God’s hands. They fought bravely to get the doctors to try harder, and miraculously, over time, Paul started to show signs of waking up.

Once it was clear that Paul’s neurological injuries would not necessarily end his life, neurosurgeons and plastic surgeons began to think about how to reconstruct his horrific skeletal injuries. Through a series of surgeries, Paul eventually had a new skull flap created out of plastic; he had skin grafts and bone grafts to rebuild the area around his missing left eye. After months at Walter Reed, Paul was able to transfer to a rehabilitation facility, where he eventually regained most of his memory and learned how to walk again.

Finally able to go back with his parents to Pennsylvania, Paul was home from the war at long last. He was missing a huge portion of the left side of his brain, as well as his left eye. He had pieces of shrapnel still lodged in his neck.

“As hard as it is to believe that he survived,” I said, “I’m truly astounded that he woke up.”

Mr. Statzer laughed. “Oh, he woke up all right and started talking, and before very long we knew that this swollen, blownup man was still our son. Doctor, he’s still Paul. He is absolutely still Paul.”

And something inside of me said: Lee, you and your colleagues did make a difference.

Then Mr. Statzer said, “Doctor, would you like to speak to Paul?”

After several seconds, Lisa nudged me — I was simply staring at the speakerphone. My head was spinning, but I said, “Yes, sir, I would love to.”

A few seconds later, I heard a voice I’d never expected to hear in my life say the words that made me understand why I’d been sent to Iraq: “Dr. Warren, this is Paul Statzer. Thanks for being there when I needed you.”

Five years after I met him in his most desperate hour, I was on the phone with the most injured, yet still living man I’d ever met. And I found that I didn’t know what to say.

“Sergeant Statzer, thank you for your ser vice,” I said at last. “It was an honor to take care of you, but I’m even more grateful to be speaking with you.”

After we all stopped crying, Paul’s mom, Cathy, said, “Would you and Lisa be willing to come to Pittsburgh to meet Paul?”

In April of 2010, Lisa and I boarded a plane in Atlanta, bound for Pittsburgh. I was seven thousand miles and five years away from the 332nd Air Force Theater Hospital in Iraq, but as the plane began to roll I felt like I was going to that dusty ICU to check on a post-operative patient.

I needed to see Paul Statzer, make sure he was okay, make sure I’d done my best. And then, maybe, I could really come home from the war.

Thank you for saving my friend, Doc... we grew up together. I am a Nurse, and I know what you faced and what was stacked against you.

I Served with Paul and was on the ground with him that fateful day. Hardly a day goes by that I that the events of that morning don't replay in my mind...words cant describe what is was like to hear that he had survived... even more so to get stateside and to see him...

You are a great American

Doctor's and Soldiers Rock ! You Dr Warren are both. So glad you were there to take care of him. Dr Warren, Please tell doctors and especially medical students to Never give up.