When the Unthinkable Happens: Support for Siblings After a Traumatic Brain Injury Strikes a Family 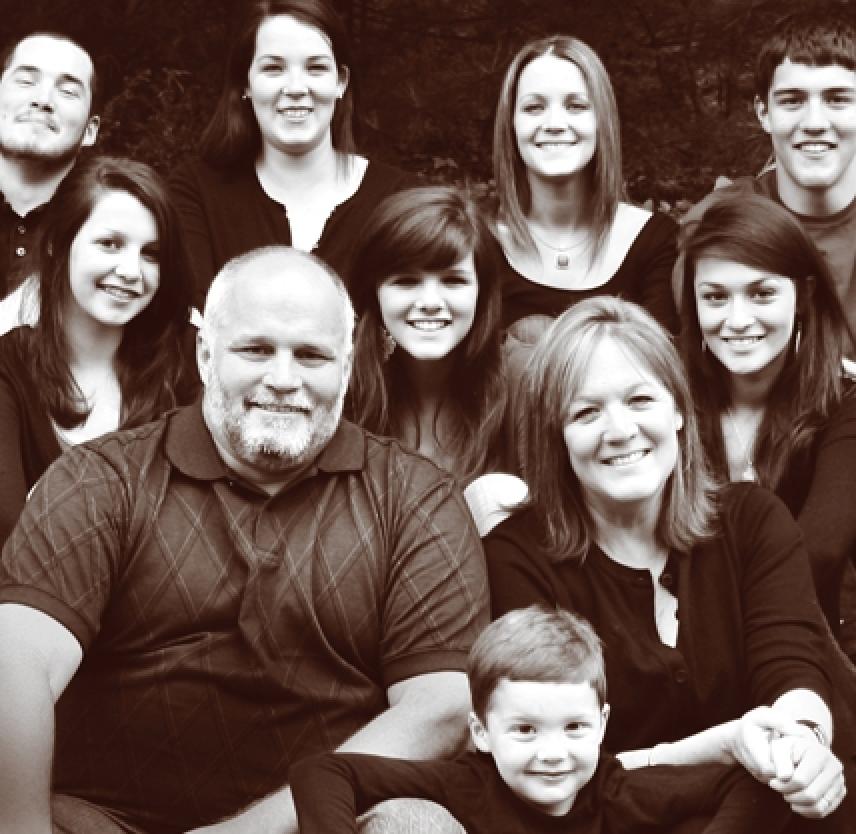 Related Content:
Teens Talking to Teens
Caregiving and TBI: What You Need to Know
Compassion Fatigue in Caregivers
Finding the Right Caregiver After TBI
Tips for the ICU
Unthinkable - Tips: The Rehabilitation Hospital
The Other Breakfast Club
The Biggest Challenges Caregivers Face When a Loved One Comes Home

On a day that began like so many others, I received the unthinkable news that one of my children had been hit by a car and was clinging to life. My husband and I were told that even if our thirteen-year-old son Paul survived, the quality of his life would be questionable because he had sustained a traumatic brain injury (TBI).

I have learned that TBI changes not only the people who sustain an injury, but entire families. Day and night, my husband and I kept vigil by Paul’s hospital bed while our other six children were suddenly abandoned, distraught, and left in the care of others. I was incapable of thinking of them — I couldn’t take on the added heartache of knowing how much they were suffering, not knowing if their brother whom they loved and adored would live or die.

The reality was I couldn’t help my other children — aged 16 to 6 at the time of Paul’s crash. Even when I returned from the hospital for brief visits while my son lay in a coma for weeks, my mind was preoccupied with the fear of losing him, the foreign medical terminology, the unknown…. When I could be at home, I gave an abundance of hugs and let my other children know how their brother was progressing, but their sorrow, grief, and fear persisted. I couldn’t even stop crying myself. I couldn’t help my son heal faster or help with my children’s fears or my husband’s denial. I wanted to smash my car into a brick building. I could visualize the glass shattering, my body immobile, my mind silenced.

My children became fearful of everything; getting out of bed in the morning to attend school or other activities was a struggle. I wanted them to speak to counselors at school or the hospital to help them work through their anxiety, but they resisted. I couldn’t and didn’t want to force them to openly express their feelings of terror and uncertainty. I often cried along with them, letting them know it was okay to express any feelings they had — guilt, shame, jealousy, fear, resentfulness, abandonment, anger, anxiety, denial …. I wanted them to know that thoughts or feelings of Why me? Why my family? Why my brother? were all normal.

Although some days this seemed impossible because of lack of time and energy, from the earliest days after Paul’s accident, my husband and I tried to involve his siblings, empowering them with knowledge of their brother’s injury and keeping them informed of his health condition. When we could, we talked one-on-one and provided written, audio, or video information — at age-appropriate levels — through different phases of Paul’s medical status and recovery. We also let them know that they couldn’t have done anything to prevent the injury and that they were in no way responsible for what had happened. My husband and I also tried our best to let our children know that their needs mattered, too. We assured them that they were just as important as their brother, but for right now they needed to understand that we needed to be at the hospital with Paul. We always let them know how much we missed them, that we were thinking of them, and that we’d stay connected by phone, text, and e-mail as often as we could.

Some of my children, especially the older ones, kept their emotions inside, feeling that they had to be the “strong ones” and that expressing how they truly felt would burden my husband and me even more. When we could, we encouraged the kids to vent their concerns and fears, let down their guard, and talk about any of their feelings, fears, and insecurities. It was important for my husband and me to listen — not to try to fix the problems. "I hear how painful this is for you,” or“You sound scared; I am too. Our family will be okay … together we can get through this.” We tried hard to do this but sometimes we just didn’t have the time or emotional energy. I had to remind myself that all I could do was my best.

As Paul’s health condition changed, his siblings often thought the worst. They needed to be reassured to keep hope alive, while also being realistic. We had numerous conversations about their brother’s injury, his possible death or lingering deficits, and we repeated these conversations as each child’s understanding of the circumstances evolved. We tried to tell all the kids “I love you” as often as we could and make small, loving gestures like leaving notes in their lunch boxes or stuck on the bathroom mirror. We reassured the kids that their brother was getting the best possible care and we’d give them updates no matter how incremental. When my husband and I couldn’t be around, we recruited neighbors and family members to help keep school, extra-curricular activities, and schedules as normal as possible. Our friends and family were amazing and also helped with domestic chores and care of the younger children.

My husband and I spoke with other TBI parents to help us better understand the injury and how they helped their other children through the grief and heartache. Our kids often felt isolated from their peers, feeling as if no one could understand what they were going through. How could they? We offered websites for our older children, picture books for the younger ones, and opportunities for all of the kids to talk or interact with other TBI siblings. We gave them their space when needed, and left time for just the siblings to be together so they could share with each other if they wanted. We also watched closely for any lingering issues with appetite, anger, or depression so that we could intervene and get medical help if needed. We tried as often as we could to communicate with teachers to make sure we were aware of any problems our children might be developing at school.

Our kids knew that counseling and a support system would be there when and if they were ready. Every family dynamic is different, but I felt at some point that both family and sibling therapy would be vital for all of us when the children were ready, especially for the siblings who were struggling the most.

I wished I could have shielded the burden, the emotional suffering, and the ripple effects that TBI inflicted on my children, but I couldn’t.

Amanda, our then 16-year-old daughter, took on the role of mothering our five other children who had essentially been abandoned the day we left for the intensive care unit. Her school work suffered and she clung more fiercely to her boyfriend. Trying to stay in control of something, she began to dictate chores.

Our daughter Brianna, 15 at the time of her brother’s crash, became quiet. Panic attacks and nightmares followed.

Caroline’s world came to a halt when she was just a preteen. She withdrew into herself, became fearful, and stopped eating.

Up until Paul’s accident, Ann-Theresa’s biggest concern was whether she was going to have a peanut butter sandwich or play on a swing. At just 9 years old, Anna-Theresa was devastated and silent, except for the never-ending weeping and clinging, scratching, and grabbing at my waist, arms, or neck when I had to leave for the rehabilitation hospital.

At age 7, Kevin was lost after Paul vanished from his life. Confused and alone, he began to act out in need of attention.

At age 6, Monica lost her childhood innocence and family security. She spent most of her first-grade days in the nurse’s office complaining of stomach pain and headaches, and she struggled and fell behind in reading and math.

I’m sure at one time or another, all of our children felt rejected, unloved, or abandoned no matter how hard my husband and I tried to lessen — unsuccessfully — our preoccupation with Paul who lay in a coma in the intensive care unit and then later in a rehabilitation hospital for months and months as he tried to regain the ability to speak, walk, and think.

Our children were often overwhelmed by people constantly asking about the welfare of their brother. We offered them a standard reply such as “Thank you for asking, my brother is stable and we’re taking it one day at a time….” As weeks turned into months and years, our life started to settle down slightly, and we had brief moments of time when we all started to realize everything that we and Paul had been through. It was very hard for my husband and me — and even more so for our other children — to accept that Paul would clearly have some lingering deficits. He would never be the same person he was before the accident. Our family came to realize that TBI does not go away and that acceptance comes only with time and unconditional love. The fragility and meaning of life became more real, and I know my children have gained new qualities, insights, and purpose to their days that would not have surfaced if the injury hadn’t happened. Everyone can and will attest to the fact that they wished it had never happened. But those of us who have had a brush with death realize more deeply how fleeting life is. All I can say is make it great! Tell others often how much you love them, and try never to take anyone for granted. Celebrate life and all your children!

And how are things for the other children today? After 17 years my husband and I still see the ripple effects of the crash and TBI in our non TBI adult children. Even now I tear up thinking of the negative changes I have seen in the siblings. While tons of progress has been made, there still remains all the residual damage. How are you children doing now that it is 10 years later???

Here is an article I wrote ten years after my sons accident. I need to write another one because it has now been 20 years since his TBI...https://www.brainline.org/story/tbi-ten-years-later-mothers-story-continues Thinking of you and your family.