A Voice for Traumatic Brain Injury 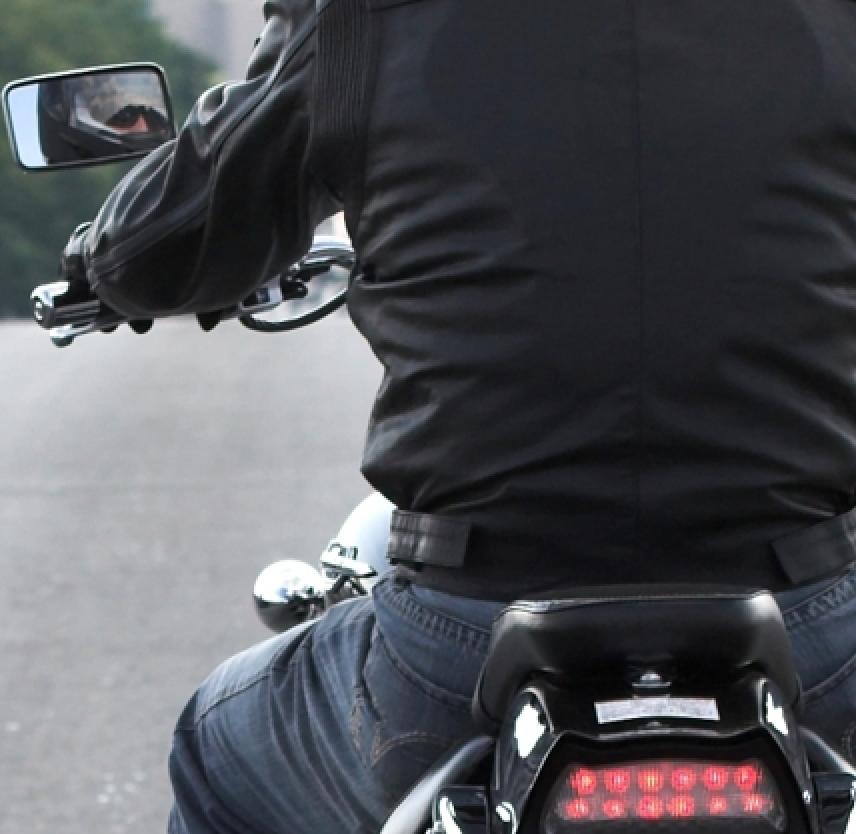 My name is Craig Sears. I'm a survivor of a traumatic brain injury. This is my personal experience about what happens when brain injury goes untreated.

It was July 9, 1987. It was a beautiful Connecticut summer afternoon and I was out riding my motorcycle. I had just turned 20, and had a lot going for me. I was making a very good life for myself. I had a great family and a good job in construction and as a part-time mechanic. I was making good money for a kid my age. I had a great girlfriend and lots of friends. I had two cars and lived in a nice condo right on the water. I was living the American Dream. I'll leave that up to you to fill it in because I had everything a man could have possibly wanted — and in a heartbeat it was all gone.

As I was coming up over a hill, there was a car going the wrong way and I was unable to stop. We collided. I was thrown an estimated 40 feet into on-coming traffic. I landed headfirst into a curb.

I have no memory of the next six months. That period of time is a black hole in my life. I was in and out of a coma, undergoing multiple surgeries. From there I was transferred to a rehabilitation center. While I was in this treatment center, I had to relearn everything about life down to using the bathroom on my own. There, I was fighting against the physical pain and the pain of not knowing who I was. Then one day they decided to transfer me out to a locked, mental health ward in Bridgeport, Connecticut where I was constantly put in four-point restraints and forcefully drugged. (I was told there were no other services offered for people with traumatic brain injury.) After being in the mental health ward for nine months, I began to regain some memory and I knew this wasn't for me! Keep in mind traumatic brain injury is not a mental illness.

So I started to call around to town officials and state government offices to ask them how to get out of the ward. The ward was holding me against my will and I knew I didn't need to be there. I did know that I needed help in other areas because of my brain injury but I also knew I was not mentally ill. After getting through to the Connecticut Governor's office and sharing my story with one of his representatives, they got a hold of the hospital and set up a jury room filled with my family, doctors, and a representative from the state office. All the while, I was saying that I wanted out of the ward. In order to be taken out of there, I had to have a place to go and my only option was my family and I did not want to burden them with the pain that I was going through.

I ended up in a one-room efficiency apartment. At the time, the building was a major drug trafficking building with rats, roaches, and prostitutes. There was no other place for me to go, no help at all; my family had tried everything to get me help. There were no group homes, no programs, no services offered, nothing. I still did not know how to do the basic functions of life so I would wander the streets trying to regain some kind of memory. I would watch other people to see what they were doing, how they were acting in order to regain memory of anything that I knew how to do before the accident. I knew at that time this was not who I was.

Things began to improve. My mother got me a weight set, my father bought me a bicycle, and I started volunteering at St. Vincent's Hospital in Bridgeport. At the hospital, I could go into the physical therapy rooms and I could watch what they were doing for rehabilitation. Then I would go back home at night to do the exercises on my own in order to regain my strength and abilities. But I overworked myself physically so as time went on, I found that I was spitting out blood and my body was in terrible pain. A touch hurt. I didn't know better, I didn't realize I was harming myself rather than helping and improving. My mother had to take me many times to the hospital because I couldn't walk or move.

Socially, things were awkward. One day after volunteering I was leaving the hospital and I saw a lady fall to the floor. My instincts were to grab a wheelchair and put her in it and run to the emergency department. Because I had ran to the emergency department, they called me the next day and told me not to return. I was crushed. There was a lot of other pain from being turned away … people always assumed that I was drinking or using drugs because I would slur my words and my equilibrium was off because of my TBI. It became harder and harder to find where I fit in. After remembering little things from watching other people and always trying to look at the good things in life, I started wondering what it would be like to get out of where I was living in Bridgeport. I asked my family for help. They got me a different apartment. Everytime I moved into a different place, I'd think it would help me by being in a better environment. I would temporarily feel like things were changing.

But I had learned a wrong way of thinking to solve my problems. I started drinking and getting into drugs. I thought it would help me cope with the pain by letting me forget all that I went through. Everything I had fought for, I started to lose. I found myself alone even more and getting into trouble, ending up in numerous mental health facilities all over the state because there is no help for TBI survivors. I continued to spiral down, and soon I wound up on the streets and homeless, and not long after that, in prison

I had several brushes with the law. While I struggled daily to live with my brain injury, I ended up with several minor arrests for public urination and things of that sort. The state of Connecticut did find a way to use my injury against me. It was a probation violation, for which I would ultimately receive a five-year prison term. I spent five years locked up in a level-four high-security prison where I received absolutely no help for my disabilities. I was locked in an 8'x 10' cell twenty-four hours a day surrounded by gang members, rapists, killers, and child molesters. All for peeing in a garage. Does that sound like justice to you? The police, the court, and the judge didn't know, care, or consider my TBI. And once behind bars, neither did the warden. I served five-years for what other people would sleep off overnight in the local lock-up, and then clear up with a brief court appearance. Again, there were no programs, no early release, or time off for good behavior. TBI or not, I served every measure of that sentence to the fullest. Common courtesy prevents me from sharing here. I will leave it up to your imagination to fill in the blanks. It was hell.

Somehow, I survived and was released in 2003. Once again I needed a place to call home. After nearly 20 years of waiting and being turned down, I turned to a local Congressman's office for help. Within two months, they cut through the red tape and I finally received recognition of my TBI. I was accepted into a HUD subsidized housing unit.

Life though continues to be a struggle. I have few options, and fewer choices. I am very uncertain of my future. I still want the American Dream, but it feels further away than ever. I want to be hopeful, but I know all too well how quickly good can go bad in life. So I try my best to help those with TBI get the help we need.

In 2009, I found my voice for TBI. In January, I was approached by the Sarah Jane Brain Project. The Brain Project heard about me and my story, and they have since used that as part of a nationwide campaign to show an example of what can happen when brain injury goes untreated. It's been an honor and a privilege to be a part of their historic and ground-breaking work. In the months since then, I've appeared with Patrick and Sarah Jane Donohue in Washington, DC twice. I've even gotten to present my story at the United States Capitol for the announcement of the PABI List of State Lead Centers. I've also taken part in their nationwide PABI Hero's Tour in Boston, New York, Chicago, and Dallas. Everywhere I go in my travels, I meet new people. And my story seems to resonate with all who hear it. My advocacy started as a means to overcome my own difficulties. Now, it's become my mission to make sure that no one else has to go through what I have.

I was luckier than most. The clinical psychologist at the hospital told me my recovery was the third or fourth best recovery he had seen in twenty years. I meet with a support group I have considered quitting multiple times because I felt I didn't fit in, but continue looking for purpose there. Many times, as recently as yesterday I find myself talking to someone who is 'one of us' or they have a relative or friend who is. I talk lots to try to help them, and myself understand as well as possible what we are all up against. I don't apologize for being lucky, but nothing's free. I still have to deal with a life where every time you get something sorted out it will change.

Life ain't fair. Keep on working. Every day is rehab of one sort or other, but if you ain't getting better, you likely are getting worse. And that is all of us.

Good Morning My friend your story is as same as mine's motorcycle No help drug's and prison and now sober and a Single Father raising a 7 year old son I commend your efforts and I wish you luck on finding true happiness and the help that you need Sincerely John A.Wagner Signed