Life Out of Order: A Story of Sibling Loss and Living with TBI 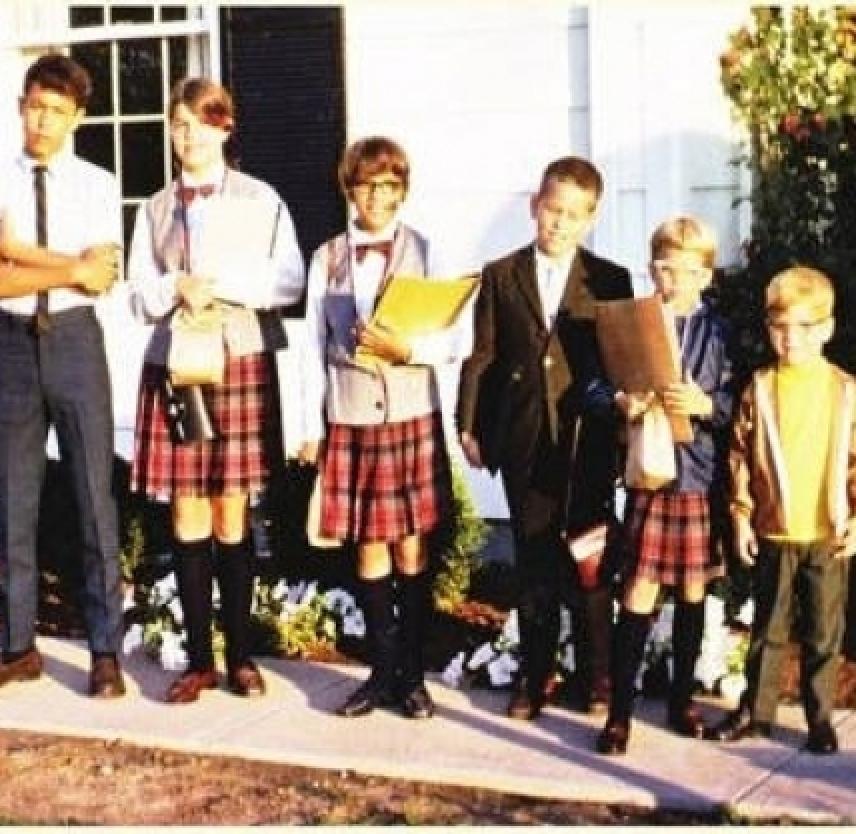 Related Content:
Changes in Family Roles After Traumatic Brain Injury
The Role of Family-Centered Care
The Many Layers of Post-Traumatic Growth
What Is Ambiguous Loss? How Does It Relate to Brain Injury?
Loss of Relationships After a TBI Is Often the Most Devastating Outcome

A story of sibling loss and living with traumatic brain injury

As a young adult, Sally Laux lost her three brothers in separate experiences; two to death and one drastically altered after suffering a traumatic brain injury in a car accident. What she found unique to sibling loss is the void left in the order of their sibling-ship. Her family started with six kids; three boys and three girls. Her childhood was full of unique and dynamic expressions of their relationships to each other. Individually, each sibling was defined by and added to the whole; the proverbial sum being greater than the parts.

Sally's journey has been a long one of searching, reconciling, and wandering around misplaced as she lost each of her brothers. She knows her life will never be the same without them but she has found a way to live, knowing they are gone, and being grateful to have known them. Sally is her injured brother's legal guardian. Life Out of Order: A Story of Sibling Loss and Living with Traumatic Brain Injury is the story of her relationship with her siblings, what happened to them, and how she has moved on with her life after losing them.

The sky exploded. It was Mid-October 2006. The rain was blinding, like my rage, pounding hard on my face and shoulders. I was on my way to visit Matt, running late as I so often did those days. As usual, I was carrying too many things in my arms to be able to open my car door even with the remote entry. My cup of coffee was spilling, my work bag was falling off my shoulder, the lunch I had thrown together into a plastic grocery sack was knotted around my fingers burying the keys into my palm and cutting off my circulation. The cheap umbrella was useless. I dropped Matt’s mail in a puddle on the driveway; a Sports Illustrated and a new calendar. I made a mental note to seriously find a way to slow down my accelerating life and planned to buy the book I once glanced, Going to Pieces without Falling Apart: a Buddhist Perspective on Wholeness by Mark Epstein. I am on the edge of the edge; parenting Matt, opening an Integrative Healthcare Center, managing my own practice, working part-time weekends for Delaware Hospice, creating time for my relationship with Kate, and trying to write this book. Now the holidays were coming up.

It seemed not a day went by that I didn’t walk a thin line between my rage and making peace with my life. I simmered with rage that my brothers were gone.

“I think of the sibling relationship as a dialogue that starts at the moment we meet our brothers and sisters,” writes Elizabeth Devita-Raeburn. It’s a dialogue that “continues on, with lulls, arguments and professions of loyalty and love, throughout our lives. To lose a sibling is to have one member of that conversation abruptly stop talking, to be left wanting a response that will not come.”

I am very lonely without my brothers. Even though my sisters are here, my brothers each filled a different place, and I don’t want to be alone without them, without their varied views on getting through life. I know exactly what Devita means when she writes “I don’t want to go on, brotherless.” I long for the day when my stomach will not sink at the thought that my brothers are gone; an aftershock.

When Brad died I truly didn’t believe I would ever smile again. He couldn’t, so neither would I. I felt it betrayed him. Everything I did I thought, “Brad will never do this again.” I thought the same of Steve and now the same of Matt. It’s overwhelming to rise above this gut response of loyalty to my brothers.

When Steve died it was a different loneliness, a different rage. A loss, that death stole away the possibilities. While I didn’t have a bad relationship with Steve, in fact, we were close by Steve’s guarded standards, but for me there was much missing. Much left undone. Much left unsaid. I had often fantasized we’d one day have that “heart to heart.” Honestly, I had hoped to witness him make things right with his kids. His death erased our options. More maybes left unanswered.

With Matt my rage can be lightening fast, and unpredictable. I feel it when I can’t find my keys or the zipper on my coat is stuck. The rage can course through me like a flash fire.

I stare at Matt when he sits in the courtyard, where I often find him on my visits, his face turned to the sun, his hands relaxed over the arms of his wheelchair. I stand in the doorway to the outside, and enjoy seeing him peaceful while simultaneously fighting the numbness that wants to take over my body in this perpetual grief. In these moments I would give anything for a wishbone that really made dreams come true. If I got the bigger half I could close my eyes tight enough to not let any secrets out and I’d wish that “he’d never had the accident.” But life is not about dry wishbones or bigger halves. Matt’s accident is a fingerprint on my heart, his imprint alone.

Like my rage, the rain had stopped just as quickly as it started.

I quietly walk into the courtyard and rub Matt’s shoulders. Without moving he says, “Hi Sal.”

I hand him a scrap of paper to spit out his gum. When he chews gum every chomp is full and intense. Not so much loud but purposeful and deliberate. As his anxiety goes up so does the pace of his chewing, equally quieting when he’s left alone.

My days are often foreign and unfamiliar.

It is disorienting navigating life with the broken compass that was, at one time, all six of us together.

Excerpted from Life Out of Order: A Story of Slibling Loss and Living with Traumatic Brain Injury by Sally Laux. © 2011, Sally Laux.