Life With Jack: Who is a Hero? 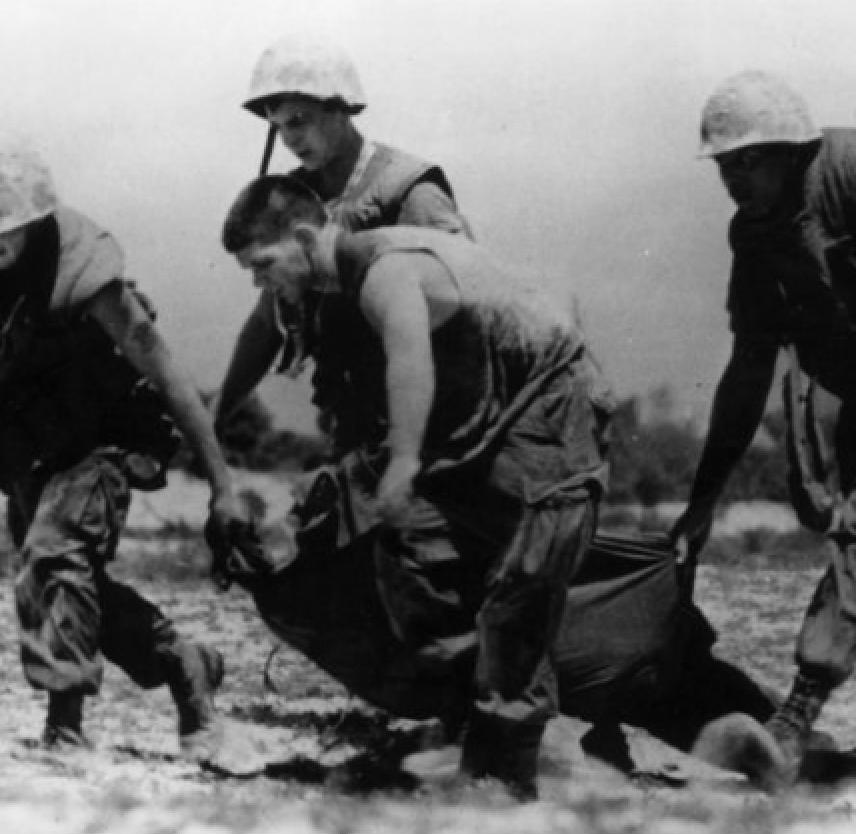 Related Content:
Life with Jack: How Was Your Day?

Pamela Foster, writes about life and times with her husband, Jack Foster, a disabled combat veteran who served in the Marines and who has PTSD.

Fifty years ago a master sergeant threw a fist-sized cardboard box at Jack. Inside that container his starred purple heart jumbled and tangled with assorted good conduct ribbons and Vietnam service metals. Yesterday a Colonel representing his local congressman awarded him and two other Vietnam Vets the medals they earned so long ago.

The Colonel told some good jokes, did his best to explain why war is a necessary evil. He talked of communism and terrorism and the horrific slaughter of innocents by brutal enemies. When it was over, three men stood holding their medals pinned to velvet lined backboards, blinking back tears and looking out at a room filled with people who came out on a rainy afternoon to say thank you for your service and to show their respect.

It was a good and proper day.

But watching those men, here’s what I wanted to stand up and say:

These men are heroes not because they stopped the spread of communism, or because they held terrorists accountable, or because our country is the flag-bearer for right and good. These men are heroes because they found themselves in an impossible situation and they did everything they could to keep themselves and their brothers-in-arms alive. They saw and tasted and heard and smelled horrors that no one should ever be asked to experience. They survived to come home to us and have spent fifty years doing their best every day to erase the sights, muzzle the sounds, push down the tastes and walk through the smells burned into every molecule of their souls and brains and bodies.

These men are heroes not just for what they survived in some agent-orange defoliated jungle. They are heroes for living through fifty years of civilians who don’t understand them and loved ones who walk away in tears from actions and responses that, to these men, seem completely normal. Most of us have not been where they’ve lived. We know, deep inside ourselves, that faced with the same God-awful situation, set down in the middle of a bloody mess, we would not have survived.

These men did just that. They came home to us. And for that, I call them hero.

Wounded Warrior Wife blogger, Pamela Foster, married her hero twenty-one years ago. Pamela's husband is a disabled Marine, Vietnam vet, and a man who would walk through fire for her without ever acknowledging that he ignited the flames. "Never a Dull Moment" would be an appropriate title for a memoir of her life of loving this man living with raging Post Traumatic Stress Disorder. Amidst many adventures, Foster has found time to pen My Life With A Wounded Warrior, a heartfelt and brutally honest collection of essays chronicling her struggles as the spouse of a disabled vet. She has also written three additional books about life with a combat veteran: Clueless Gringoes in Paradise, Boogie with Chesty, and Ridgeline.

When she’s not writing—or talking about writing, for that matter—Foster volunteers her time raising public awareness of PTSD and its effects, speaking at VA Centers across the country and facilitating the Northwest Arkansas chapter of INTERACT, a support group for families of veterans. She and her husband are also in the process of building a new program in their community to provide trained service dogs for Veterans with PTSD.