Life with Jack: How Was Your Day?

Pamela Foster, writes about life and times with her husband, Jack Foster, a disabled combat veteran who served in the Marines and who has PTSD. 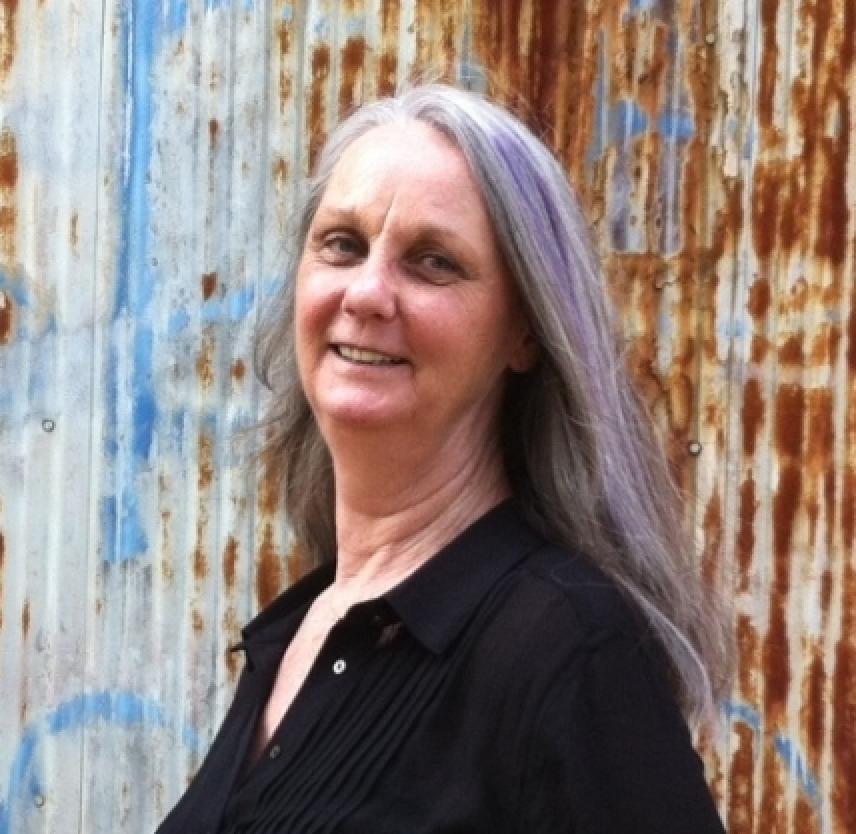 Last month Jack spent a month on the other side of the country visiting with people he loves. I had hoped to keep in touch with him through texting, as we both now have phones far smarter than either of us. Unfortunately, he was visiting one of those dead zones where the only cell phone service is provided by the local drug dealer laundering his money through legitimate business.

But even without texting service my husband did call each evening. Those conversations, each and every one of them, consisted of Jack reciting a list of what he’d done that day. I would then ask if he was enjoying himself, if he’d had a chance to talk about this or that, how he was feeling… you know the drill. These queries he answered with one word. Fine. Good. Sure.

Never once did he ask how my day had gone, what I was doing, or what my plans for the next day were. He did always inquire about the dog.

So, about a week into these one-sided conversations, I began to get a little pissy. Yes, pissy is a word, ask the wife of any combat veteran. So I came up with three options for how to deal with this. You may think of others.

This violates the ancient code of “If you really loved me you’d be able to read my mind and KNOW what I want without me having to TELL you.”

Still, it seemed the most likely to get me what I wanted.

I went with my old favorite, anger and self-pity for fifteen minutes or so, and then decided on a combination shot. Bounced understanding off the side to hit speaking-up-for- what-I-want to sink the three ball into the side pocket.

I also, and this is an important part of the process for me, made sure to spend plenty of time with friends who do not have PTSD, people who enjoy my company and whose company I enjoy in the carefree manner of non-spouses.

This incident came back to me this week because during the time that Jack was gone I made this Aha Moment in the Mutual of Omaha traveling Airstream. Part of the interview that was cut showed me saying that I wrote My Life with a Wounded Warrior at the worst time in my twenty-five years of marriage. I revealed that Jack read every story/essay as I wrote them but it wasn’t until he read the published book that he cried and hugged me and said, “You really DO love me.”

Really? Twenty-five years. Traveling all the hell over the world together, often accompanied by large service dogs. Living in foreign lands. Scuba diving side by side every day for five years. Frequenting VA hospitals and emergency rooms. Really? All this and it’s not until he sees it in black and white in a published book that he realizes I love him?

Well, yeah. Because while he’d charge into the enemy with guns blazing and a wide grin, emotional intimacy scares the holy crap out of him. Yes, it took seeing the words in black- and-white because survivor guilt seeks daily to rob him of joy. Yes, it took a public declaration of my love and frustrations for him to accept that at least one person in the world knew him for who he was and found him lovable.

Subtlety is not Jack’s strong point.

Which is why last month when he called on the sixth evening from California, I asked him to call me the next day in the morning when he was fresh and rested. It’s why the next morning I told him all about my feeling of seeing myself in the Aha Moment. How I was shocked at the difference between how young I feel on the inside and how old, so very old, I look on the outside. I rambled on about my vanity and listed all the things about the interview that made me cringe.

When I ran out of steam, Jack said simply, “Huh, so what are you doing today?”

Which made me laugh and reminded me to call a friend to go for a walk in the woods and then to lunch at a barbeque place where we could pig-out on greasy food and talk about every single mundane thing that popped into our heads.

Wounded Warrior Wife blogger, Pamela Foster, married her hero twenty-one years ago. Pamela's husband is a disabled Marine, Vietnam vet, and a man who would walk through fire for her without ever acknowledging that he ignited the flames. "Never a Dull Moment" would be an appropriate title for a memoir of her life of loving this man living with raging Post Traumatic Stress Disorder. Amidst many adventures, Foster has found time to pen My Life With A Wounded Warrior, a heartfelt and brutally honest collection of essays chronicling her struggles as the spouse of a disabled vet. She has also written three additional books about life with a combat veteran: Clueless Gringoes in Paradise, Boogie with Chesty, and Ridgeline.

When she’s not writing—or talking about writing, for that matter—Foster volunteers her time raising public awareness of PTSD and its effects, speaking at VA Centers across the country and facilitating the Northwest Arkansas chapter of INTERACT, a support group for families of veterans. She and her husband are also in the process of building a new program in their community to provide trained service dogs for Veterans with PTSD.

What an illuminating look at life with a Wounded Warrior. My niece is a Navy vet, and she has PTSD. I think I have a handle on it, but I don't live with her everyday. When I read stories like this, I'm reminded of not only what our military face--in and out of combat--but also what their loved ones go through. So glad you could share such an intimate story with us. And so glad you've learned ways to live through the tough times. Wishing you both well.