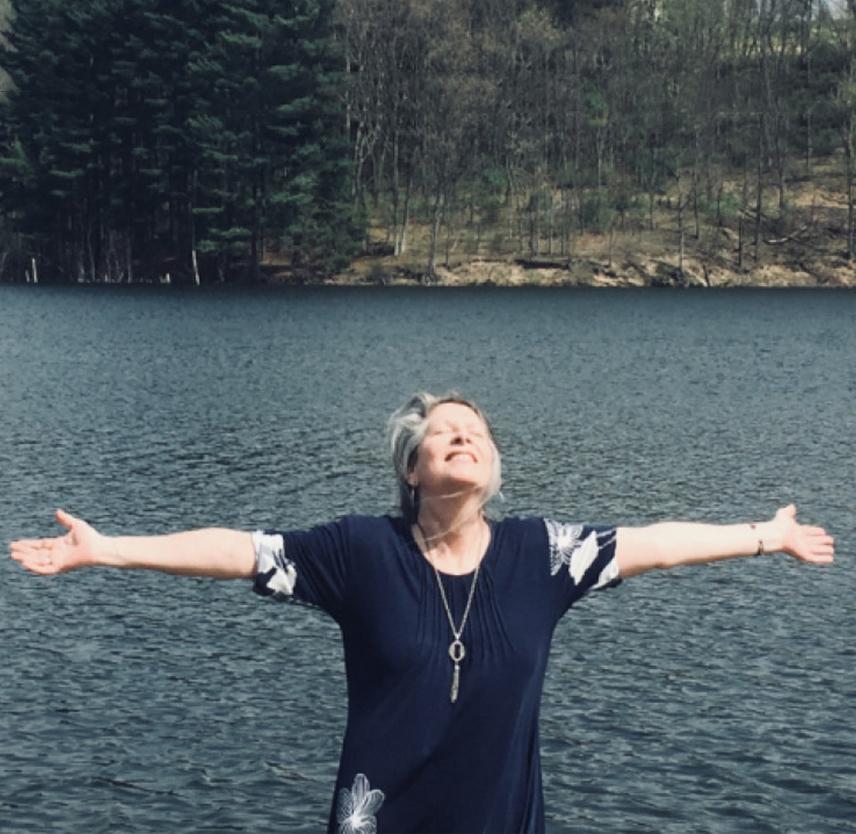 On May 10, 2007, I fell out of a second story window in my home and hit the sidewalk below. I call it my Jeni Bounce. I broke my neck, five ribs on left side, my pelvis in three places, ruptured my bladder, punctured my left lung, incurred a severe Traumatic Brain Injury (TBI) and had two cardiac arrests during a Life Flight to the Brain Trauma Hospital to add a bit of excitement to the journey. I’ve never let things get calm around me, that’s just not my style.

After doctors put my bladder back together (piece by piece), the last doctor came out and told my momma, "We've done everything we possibly can to save her, now it's in God's hands." Those words have never left me and told me that God had other plans for me. And he absolutely did—to pay my life forward to other brain injury survivors!

During my coma (Glasgow Scale 3: nearly the lowest you can go to be considered alive), my momma was told to "make arrangements" (burial), and she refused. I’ve learned from so many other survivors that this had happened to them, too, but their families also refused to surrender; they held on to faith and hope.

I took my first breath three weeks later, fighting against “life support” breathing. I was taken off the machine and allowed to breathe on my own. I was still not conscious, but I was alive and fighting on my own.

Then momma was told, "You should make arrangements for a nursing home" due to my broken neck and the massive injuries to my brain. Doctors predicted that I would be paralyzed from the neck down and would have little to no mental abilities. I would need 24/7 care. Again, my momma refused! I proved them wrong the first time, and she had faith that I would prove them wrong the second time. I did, and continue to do so.

Two months after my TBI, I was released from the rehab hospital to return home. A few days before leaving, I got tired of hearing, "You will never walk again." I was tired of being pushed around in a wheelchair. I grabbed a door frame, trapping a nurse behind me, and pulled myself up to standing, then grabbed the bar that is for support in the hall and took my first steps (the nurse was screaming and following me with a wheelchair the whole time). I proved I could and would walk before I ever left rehab. I wasn’t going to let anything or anyone stop me from trying something I believed I could do!

Fast-forward eleven years later, and with lots of hard work on my own, with determination, and by never quitting, I now live my life to the fullest that I am able to handle. I know my personal limitations and try to push the limits just a bit further every day.

As for my home life, I live independently (with family ten minutes away for support when I ask for or need help). I take care of my home, my bills, and I filed for my SSDI myself; I was accepted the first time. I filed for and take care of my food stamps and my energy assistance plus its renewal each year, and I also handle anything else that comes my way. If I need help, I ask for help! There is no shame in asking for help; there is only shame in needing help but being too proud to ask and then dealing with the consequences later.

I'm a human with a brain injury. I run into panic attacks, neuro fatigue, and struggle with balance and memory issues. But I try to work on taking care of what I’m able to do right away instead of going into a "freeze and deal with later" mode. Out of sight is out of mind, so if we freeze and put things aside to deal with them later, we often forget completely that we even need to deal with it at all, until it’s too late.
All I know is this: I love my new normal life, issues and all. It's my second chance at life to do things right this time around.

I have a good reason to be grateful: it turns out that my TBI saved me from an inoperable Acquired Brain Injury (ABI) that was supposed to rupture soon and kill me. That ABI (aneurysm) is now deflated. It has been stripped of any blood flow. It sits like a deflated football at the base of my brain near my brain stem. It will be watched for the rest of my life, but after over eleven years, it's still a big nothing, thanks to my TBI. I can never be angry at having incurred my TBI because it saved me from death from that ABI, and I’ve already exceeded my "expiration date."

Jennifer Stokley is a “TBI thriver.” She is the administrator of “The We Team of TBI Survivors” on Facebook. Jeni lives in Kutztown, Pennsylvania.

Pleased to meet you Jeni Bounce! Your story & healing is an inspiration; thank you for sharing it!

Jennifer, I am so with you on that recount. Though mine is a totally different story, of course, I can empathise and feel with you. You are a soldier and fighter. Worthy of the title "SURVIVOR" ...

Jeni, I'm a long-term survivor from a 1990 auto accident in Yorkshire England where I was living/working for the Federal Government at that time: 10-day coma, 60 day post-traumatic amnesia, 22-year cognitive 'recovery' (i.e., living a brain-scrambled and recovering life).

I have loved your Brainline "Jeni Bounce" posting for some time.

Congratulations to us both!

Jennifer Stokely, You just lifted my Spirits 1000%! We had several of the same injuries, in addition to our TBI. My struggles are real, but I simply will NOT give up, either. God IS Good All the Time.

I am glad to hear your story Jen.I also have a TBI but I was given a 2nd chance too.I had 152 broken bones and went from 24/7 care to living on my own.I was in a car accident and saw a demon in the hospital.God saved my life so now I am on a mission to spread the good word.He is real and that is all there is to it!

Being the mom and care giver of my son who incurred a TBI in 1996 from being hit by a car, I am still so amazed at the dedication of Brain Injury Survivors who decide to do the best they can with what they have left!!!! The definition of "Warrior" and "Hero" to the max!!!

Great to hear this story, how you've turned the darkest times around and you are embracing life how you can. I love the idea ' you are paying it forward ' for other brain injury survivors. Good to be reminded that we can continue to evolve and still grasp life and enjoy it. I'm working through lots at the moment after my surgery to remove a massive brain tumour, I am working out how to do life, I don't want to be defined as the girl with a brain tumour, there's so much more to me than that. I am restricted in many ways now, but like you, I too feel I have a story to help others. Thanks joanne

Jenni, I knew how you got your TBI, but I never knew about the aneurysm. God has a plan for all of us and it is always a good plan. If the Annie had ruptured you would have died for sure. Praise the lord! Thank goodness for your accident!

Keep on going, keep grasping at life your way. It’s just learn as we go and trust out instincts. And not to rush it.

this is an inspiring message. I'm 9.5 post and still have so many issues. and they just keep coming. the Crainiologist told my family that he had done all he could and if they were a praying family it was time to start. yes I need to try harder to control my words and actions. this loss of filter has lost me all my friends and some family members too. I guess I need to try harder soo that doesn't keep happening. cause it's so hard to think that I'm not important enough for any of the ones who are gone to educate themselves on my condition. it really hurts. but I need to be stronger and intend to keep trying. God bless you! you have given me some desperately needed insite. and a glimmer of hope. thank you for sharing this

Jenn you are a true hero and warrior !Keep on keeping on !!

I am Very much like Jeni , didnt break any bones though.