How Yoga Can "Not" Wreck Your Body 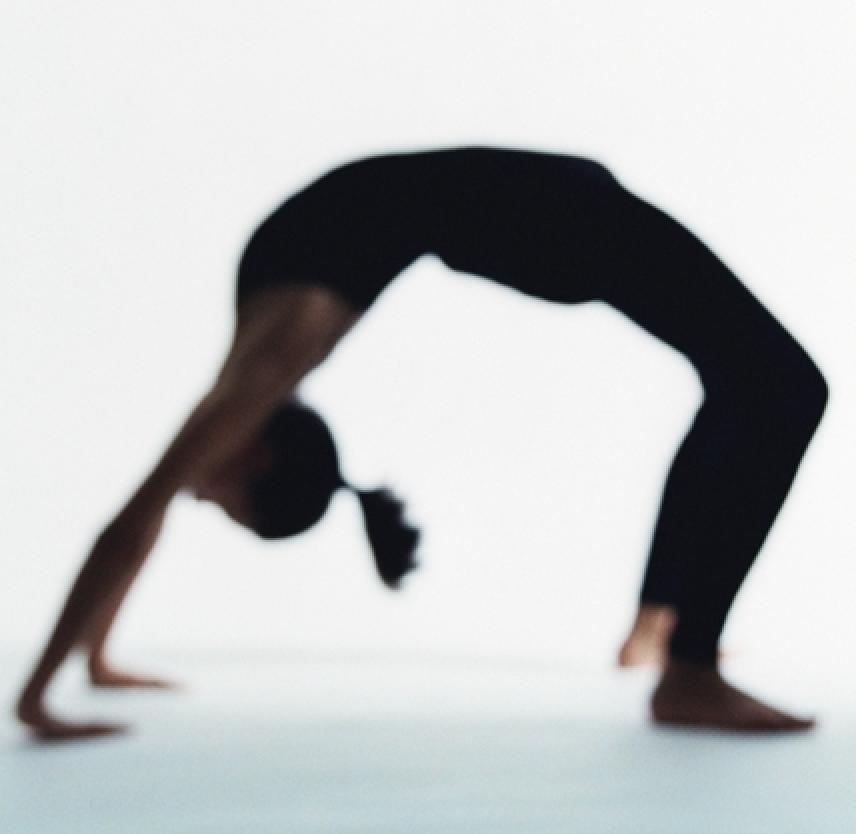 Related Content:
What Is Complementary, Alternative, and Integrative Health?
Are You Considering a Complementary Health Approach?
Mindfulness, Meditation, and Prayer After Brain Injury
Mindfulness and Brain Injury: The Central Park Jogger's Story
How Exercise Can Help Heal the Brain After a TBI

Jennifer Mosher, who sustained a brain injury in a car crash 17 years ago, gives the practice of yoga its due.

It’s been more than 17 years since my severe traumatic brain injury. Earlier in my recovery, I felt like the only thing that brought me relief from feeling like a metal bar had been shot through my head was sleep. I’m not talking about going-to-bed-early-and-staying-there-for-ten-hours kind of sleep. I mean brain-breaks-at-odd-times, in-odd-places, and whenever-necessary kind of sleep. I’ve taken 60-second naps in the stairwell at work. I’ve rested with my eyes closed while sitting on the toilet, and I’ve pulled off to the side of a suburban road to sleep in the back seat of my car.

I sometimes felt like a rusty old car that had air bubbles in the fuel line. The only way to keep moving was to pull over and stop, take a break, let the “bubble” pass and then start moving again when there was more gas. The problem was that I ran out of gas every quarter mile, and my drive was ten miles long. I had to stop and refill my tank with a brain break several times per day, making for a very inconvenient lifestyle.

Over the years, I’ve tried everything to help my automobile run on less gas. I’ve ignored the effects of my injury. I’ve swallowed expensive multi-vitamins. I’ve gotten cranial-sacral massages, and I’ve taken sleeping pills. These things helped a little. But, nothing has helped me more than developing a personal yoga practice.

That’s why I was surprised to see a link on the BrainLine news headlines to a New York Times article, “How Yoga Can Wreck Your Body.” As someone who has sustained a brain injury, I am sure that yoga has helped my body, not wrecked it.

The article by William J. Broad, says that yoga instructor, Glenn Black, tends to believe, “the vast majority of people” should give up yoga altogether because it’s simply too likely to cause harm. Indian yogis were used to sitting cross-legged in daily life, and asanas were just an extension of this. But, in our Western culture, self-proclaimed yogis might sit in an office chair all day, and then run to the gym at night to force themselves into unnatural yoga poses. Our bodies aren’t really used to this kind of movement. Black says, “It’s ego. And the whole point of yoga is to get rid of ego.”

He makes a valid point. But it’s all about perspective. For me, yoga is not about hurting myself. It’s not just an extension of lifting weights, sweating in a Spin Class, or forcing my legs to sprint another two minutes on the treadmill. It’s about letting go. Letting go of what’s going on in my brain-injured head, and letting go of the neurological stress that I face every day. It’s about accepting limitations and being okay right where I am. Today. Now.

I haven’t always felt this way about yoga. I didn’t even start practicing until ten years post-injury. After my first class, it was like my thighs had been beaten with a crowbar. My head spun. My entire body hurt, and I felt irritated. I thought, “Here’s just another thing I can’t do, all because of my car accident and traumatic brain injury. It’s too hard.” I hated yoga.

But, I decided to stick with it and try a few more times before quitting. The more I practiced, the more my brain became familiar with the names of poses and my body grew accustomed to the different twists and turns.

After seven years, yoga doesn’t hurt as much, and when a pose does hurt, I just back off. My practice is now easier because I’ve made it my own. I know my limit. I know that some poses are harder for me than others. For example, I still don’t do a full head-stand because my balance is not where it was pre-injury. But I love many of the other poses, and I love what yoga has done for me.

Just today, at the gym, our instructor had us do Ostsrich Pose. In this pose, you start in Warrior Two stance, and then open your chest by lacing your fingers behind your back. Then you bend from the hips and begin to lift your arms behind your back. You’re aiming for a spot to the back of your front foot. You feel the stretch in your hamstrings and your shoulders. It can feel awkward and some people look like they’re in severe pain, while others make it look easy. But, yoga is about letting go and breathing into the challenge. I love that! Everyone’s edge is different. It’s up to you to find your place of comfort and give yourself permission to accept your own edge.

Finding your “own edge” is exactly like managing my life with a traumatic brain injury. I used to try and ignore the uncomfortable feelings I had when my brain was overloaded or exhausted. I sometimes still feel this way in large crowds of unfamiliar people or late at night. As with Ostrich Pose, it can be awkward. I never felt like this before my injury. But, just like in my practice of yoga, I’ve had to find a new place of comfort and give myself permission to accept a new edge.

This is how yoga has not wrecked my body.

Written exclusively for BrainLine by Jennifer Mosher, author of The Smile on My Forehead: Memoir of My Life with a Brain Injury. Read an excerpt here, and find out more about Jennifer here.

Excellent article! Thank you, Jennifer, for your journey with Yoga.
I enjoyed your article and have to agree. Although my TBI does not seem as severe as yours, I still deal with symptoms on a daily basis. I was initially ordered by my doctor to cease any exercise including my yoga practice. I recently began practicing yoga again and in two weeks I have noticed a remarkable change in my balance, level of headaches, and emotional well being.
Thanks for your article! I am not yet sure whether my yoga-practise has directly relieved any of my post-concussion symptoms, but I am sure I am only gaining from it body/mind wise. Do any of you have any experience as to whether headstand and shoulderstand should be avoided with a post concussion syndrome?
I stopped taking yoga classes after my 6th TBI. Very few instructors know what they are doing when it comes to TBI. I eventually took a yoga teaching course after 10 years of not finding a qualified instructor and developed my own form. I was sick and tired of being more symptomatic after the classes than before I walked in. I know very well I am not the only one as others have shared their experiences with me as they no longer speak up because they are tired of hearing they are the ones doing something wrong as if they don't know their own bodies. Yoga is like any other form of strenuous physical activity it is NOT a one size fits all. Unless you are an instructor who has suffered multiple TBIs I don't want to hear your opinion.
I cannot give medical advice so you should ask your doctor if you are cleared to do yoga if you choose to use the advice of medical professionals. But I personally believe that increasing blood flow to the brain with inversions would have a positive effect, generally speaking without knowing a person's specific injury details which may preclude benefit from increased oxygenation and circulation. However, I would personally choose not to perform balancing inversions such as headstand or handstand, since brain injury can predispose someone to less than desirable proprioceptive capacity and balancing ability, and may, therefore, increase the risk of falling and of further injury. If I had a brain injury and wanted to do yoga to help my brain, I would focus on non-balancing inversion poses, or any poses bringing the head lower than the heart. Peace

This article may be old, but it is still here, so it is important that comments like the ones urging caution are echoed and emphasized.

2) being completely off of any painkillers and free from numbness of any origin before engaging in activities, as masking of serious injuries may occur

4) regaining balance first, in an environment that provides supports that can be grabbed in order to prevent falls, and

5) whether yoga or any other activity is taken up, keep a log of symptoms that includes both intensity and duration, so that if any symptoms worsen or new symptoms appear, it is noticed. Brain injuries may affect memory and insight so working with a 3rd party who can help to monitor functioning is also important.