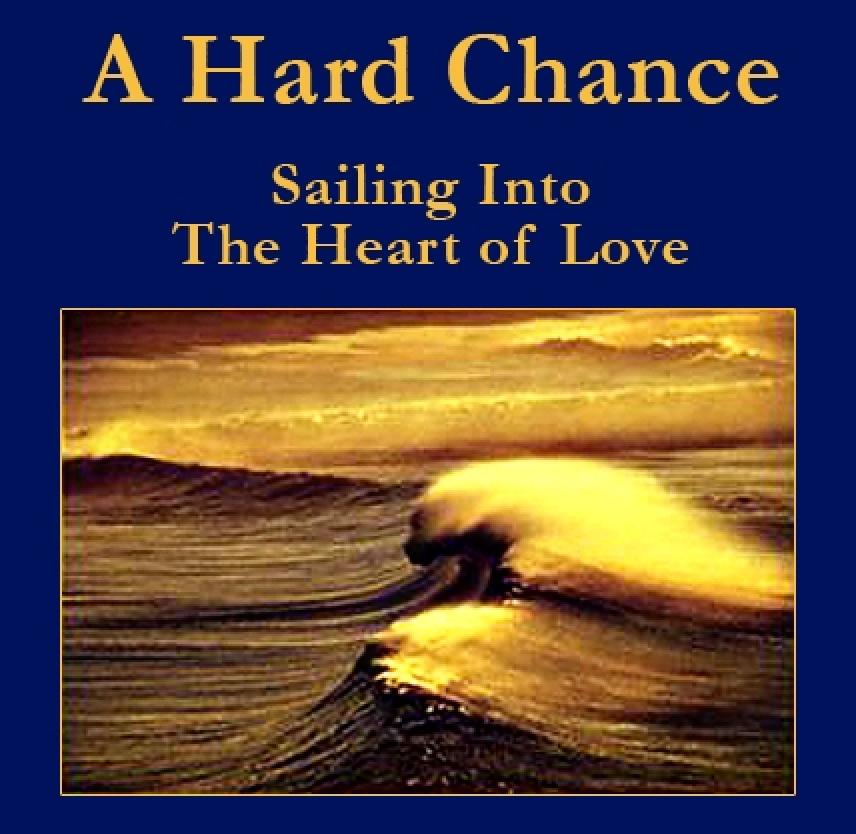 Related Content:
What Happens Immediately After the Injury?
Why Me? Why My Family Member?
How Can TBI Affect Marriage?

Sailing into the Heart of Love

She almost died. If she had, my life would have been easier. I would have grieved the loss, and gone back to whatever it was I was doing, somehow better for it all. In time, I would have found another love, for the company of women is essential. But she didn’t die, though the person who survived is someone else, someone other, who carries within haunting echoes of the lost one who was my wife.

She lived. Melissa Andrelle Groseclose lived and still I lost the wild brave beauty who could knock over any room she entered with a glance, and gained this strange creature, this aching heart, one good eye imploring, “Who am I?” I was given a guru, a teacher without a memory or an agenda, a soul forever locked in the here and now. Here is what happened.

There is a four-way intersection outside the impossibly quaint old town of Lunenburg, Nova Scotia. It is a difficult place, for there is a curve leading into it on the road from town that hides the oncoming traffic from those who would cross until it’s just too late. Melissa and I were stopped at this intersection. It was the second of July, 1992. That much I remember.

She was driving. She looked one way, then the other, and entered the intersection. We were hit in the driver's-side door by the Halifax to Bridgewater bus, driving ninety feet sideways — with the bus’s brakes in lock. I remember none of this. It is said I got out of our van and staggered around crying for help for Melissa until I collapsed face first on the highway. It is said it took volunteer firemen using the Jaws of Life a half hour to extract Lissa from the van. I don’t know. I don’t remember.

I do remember waking up in the Fisherman’s Memorial Hospital in Lunenburg and seeing the concerned faces of friends swimming before me. My t-shirt was torn and bloody, my leg hurt, everything hurt. I heard my voice, disembodied.

“You had an accident.”

“The ambulance is taking her to Halifax.”

I remember this exchange because it happened a hundred times as I slipped in and out of consciousness. My friend Pete Tanner had been told by the doctor to keep me from going to sleep. I had a serious concussion, and the first few hours were crucial. So over and over again, he answered my questions, and over and over again I forgot the answers. The memory is a fragile thing. When struck from without, it goes away. Where does it go? I wish I knew.

The morning after the accident, I woke to pains more vivid than the night before. The shock was wearing away, and the reality of the situation was making its brutal self known.

I didn’t want to know. I wanted more painkillers. I wanted painkillers for my aching body and my bruised heart and soul. I wanted it all to go away. It wouldn’t. Grim-faced friends stood at my bedside and tried to find some hope, some humour. It’s miraculous how we find friends and gather them around into our lives. There’s little in life that’s more important, yet most of us have the wisdom to leave the getting of friends to chance.

In 1979, I wrote a radio play called A Jazz Lover. It was full of the ache of lost love, a prophecy of my own soon-to-be broken heart. My love affair of seven years was breaking apart. I was in denial but the woman’s eyes looked past me to a horizon we didn’t share. By the time the play went to air on the CBC, she had her own apartment and I was living on my schooner. These were not desolate times. The schooner was new to me, a childhood dream coming true. A broken heart was just the thing to impart to necessary gravitas. My journal was turgid. I had tried hard to love that woman.

I liked the simple ritual of my days. I was tied up at Mader’s Wharf in Mahone Bay, then a real wharf behind a real hardware store and warehouse. Each morning, I would wake, and after coffee, clamber up on the wharf and walk to the post office. On the morning in question, I received a card from an art gallery in Halifax. I slipped the card in my shoulder bag and continued to the liquor stores where I bought a bottle of demerara. Then to the grocery store, and back to the schooner, the journal and my grand broken heart. It was spring, and the ice had left the bay.

I don’t remember what I did with the afternoon that day. Probably worked at getting the boat ready for the sailing season. But the evening was cool, and I put a fire in the coal stove, a Lunenburg Foundry “gift,” and made a pot of stew. As was my habit most days, I lit the kerosene lamps and a solitary candle on the table. I set a place for myself and ate with some ceremony, working at taking pleasure from my surroundings and my stew. Then I remembered the card. I opened it. It was an embossed invitation to the opening of a show of new paintings by a Chris Huntington.

On the back of the card, a note.

“I heard your play A Jazz Lover while painting in Newfoundland. I was interested in your ideas about painters. I would like to meet you.”

It was signed by the artist. Well, I was sure not going to miss this. I felt quite the bohemian, sitting there, drinking rum, brokenhearted and trying to write a book. I’ve been trying to write a book since I was twelve. My first try was a pirate yarn that ran aground on the overwrought love story. Believe I scuttled that one around chapter five. You can’t write a love story when you’re twelve. I’m fifty-some now. I keep trying.

I was on the verge of happy. I poured another rum, took out my guitar, and sang a song, which made me sad. She, my lost lover, was everywhere in that song. I could taste her sweet breath. So I hitched my courage up, and walked to the pay phone and called her. The pay phone hung outside the laundromat next to the hardware store. There was a streetlamp that made things blue.

I could see myself in the laundromat window.

“Friday night. It’s a good gallery. You should hear how I got the invitation.”

“Why don’t I just meet you there.”

I walked back to the boat, stood on the dock and gazed at the schooner, gently tugging at her lines. She sat upon the breast of the bay like a gull, sleek, elegant, purposeful. Avenger. I’d wanted to change the name, but David Stevens, who designed and built her, didn’t want me to. I listened to David. He was a Master. She is a schooner to steal your heart away. I had old well-dreamed dreams of a schooner and the deep blue sea. I wanted to shear them with a woman.

It was still coolish. I climbed aboard, lowered myself through the hatch to the mahogany warmth below where I continued my journey into the rum and pondered the mysteries of love. I was beginning to think my problem was that I didn’t’ choose women for the right reasons, that I was drawn to the wrong type. I liked them beautiful, but not conventionally so. I liked them smart and strong, but I seemed to be drawn to some kind of deep sorrow as well. There had to be something to heal, something that only my love would fix. This way goes madness.

Friday came. Before I left for town I called the woman to confirm our date. She couldn’t come, she said. She was going out with the girls, but she would meet me back at her place at midnight if I wanted. I wanted.

I went to the gallery alone. I’m uneasy at such events. I never know how to manage the canapés and the drink without looking like a goof. I didn’t know anyone there and was trying to be interested in the paintings, which were solid work, nothing to lose your head over, but good solid work. I liked them. I was about to sneak away and find a dark bar when a shockingly beautiful blond sidled up to me and asked, in a southern accent dripping with honey, for a light. I swear to God, that’s how it happened. Her name was Melissa.

This was the beginning of our romance. We talked til the reception was over, and then I was invited to the post opening party at the artist’s girlfriend’s apartment. We talked some more. But I had to be somewhere at midnight, remember? As I left, I asked Lissa for her number. She wrote it on a matchbook cover, I put it in my wallet, we hugged, I left. I arrived at My Last Duchess’ place at midnight, as planned. She arrived at two-thirty.

Once, as a child on fire with the love of God, I knelt on bare knees on a cinder path, arms outstretched as if crucified til the pain made me cry. I wanted to see the Blessed Virgin like the children of Guadeloupe had. I didn’t.

Excerpted from A Hard Chance: Sailing into the Heart of Love by Tom Gallant. Copyright © 2005 by Tom Gallant, Pottersfield Press, Nova Scotia, Canada. Used with permission. All rights reserved. www.pottersfieldpress.com.