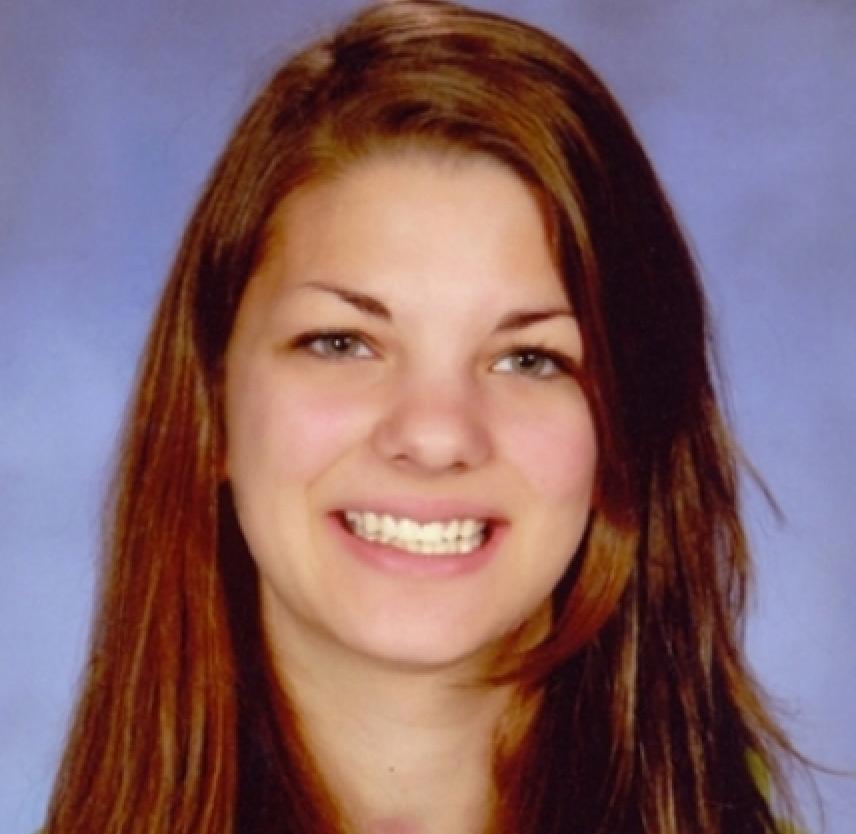 One spring afternoon in 2006, while Freda and some friends were shooting the breeze on a neighborhood street, a friend rode by on his motorcycle and asked if anyone wanted a ride around the block. Barefoot and helmet-less, Freda climbed on the back. What could happen just going around the block?

In a freak accident, they were both thrown from the bike. The driver died and Freda fractured bones in her spine and face, collapsed a lung, and sustained a severe traumatic brain injury. 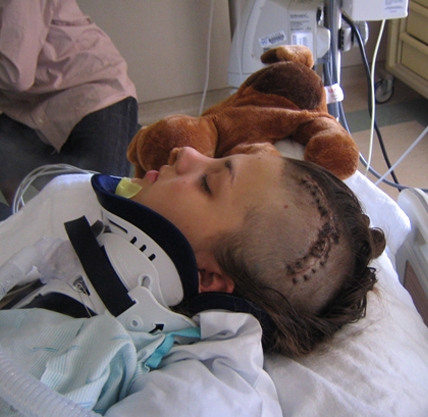 Freda was in the ICU for three weeks. She underwent surgery to repair a depressed skull fracture and contaminated wound. Her mother, father, and five siblings rarely left her side. 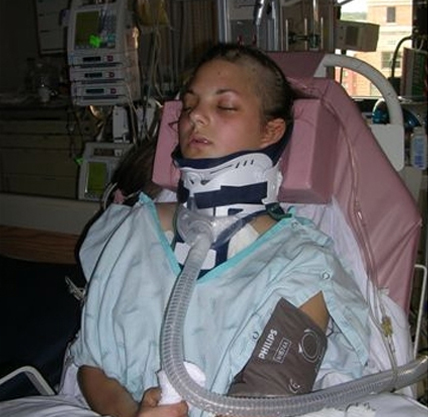 Freda also had to undergo placement of a feeding tube and tracheotomy. She transferred to the rehabilitation unit three weeks after her crash where she became increasingly more awake and responsive. 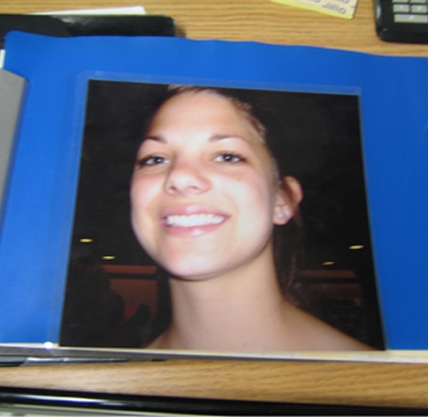 To cope with what had happened to their friend and to help support her during her recovery, Freda’s high school friends created “Flat Freda.” On a plain piece of cardboard they pasted a smiling photograph of Freda. On the back, they gave instructions ... 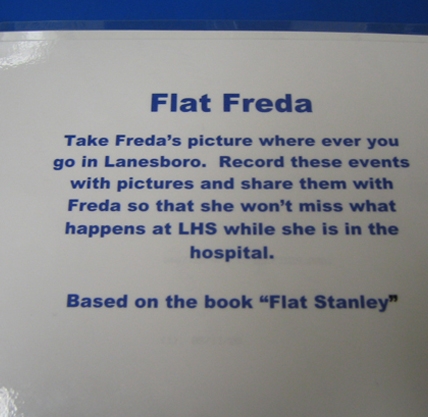 Named after the eponymous character in the beloved children’s book, Flat Stanley — a book about a boy who wakes up one morning flat as a pancake after a bulletin board falls on him — Flat Freda was soon photographed in all the most likely and unlikely places. A scrapbook of all these photos was later compiled for Freda as a keepsake.

Lunch Is the Best Part of the Day 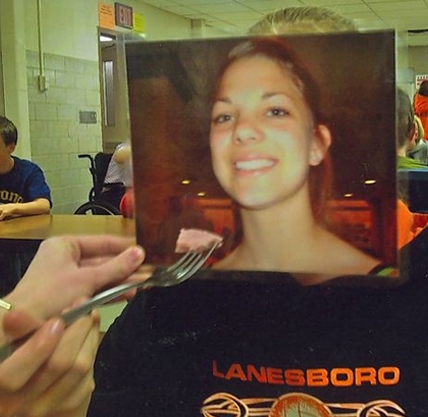 Lunch is one of the most social times at school. Flat Freda was always there with her friends.

Being Safe During Chemistry Class 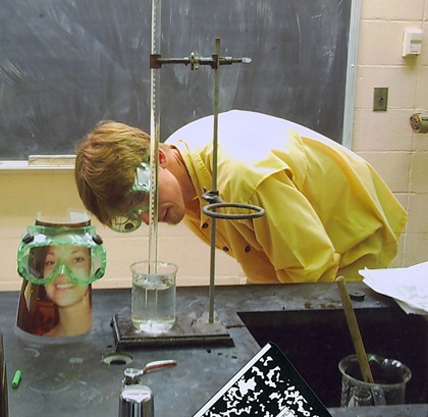 Flat Freda and her lab partner made sure to wear their goggles when conducting experiments in chemistry class. 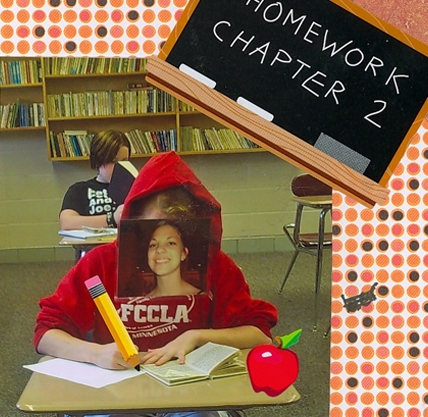 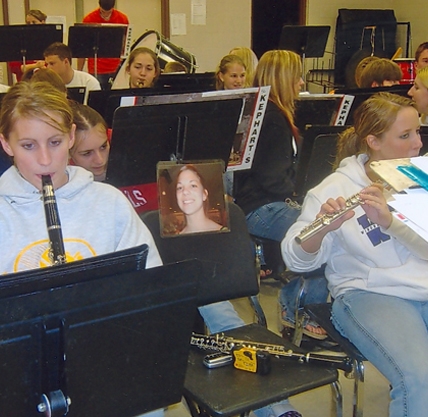 Flat Freda would never have dreamed of missing band practice ... 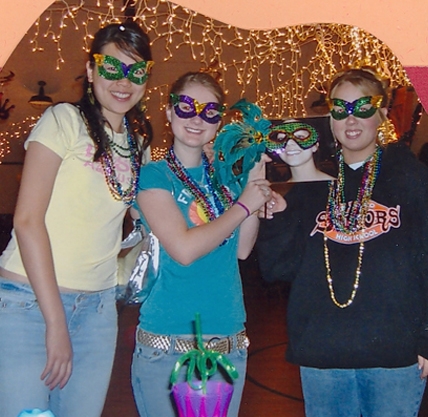 Freda's friends didn't want Freda to miss out on the fun. They made sure to bring Flat Freda everywhere — from a masked party to the 2006 prom. 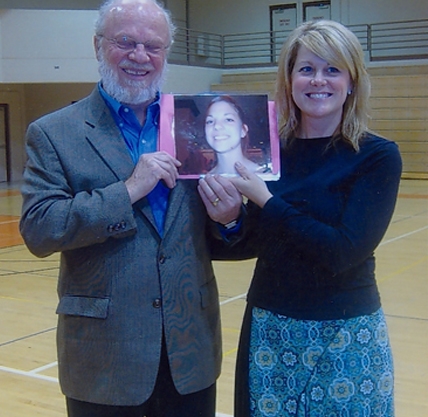 Freda's father and TBI nurse specialist Anne Moessner from the Mayo Clinic went to her school to educate her peers and teachers about her traumatic brain injury and recovery. They brought along Flat Freda. 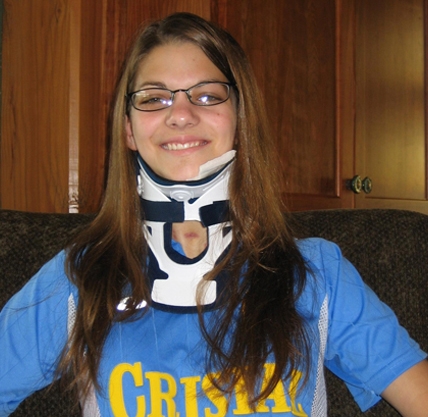 Freda spent more than a month on the rehabilitation unit at the Mayo Clinic before returning home. Once home, she continued outpatient therapy for nearly six months. 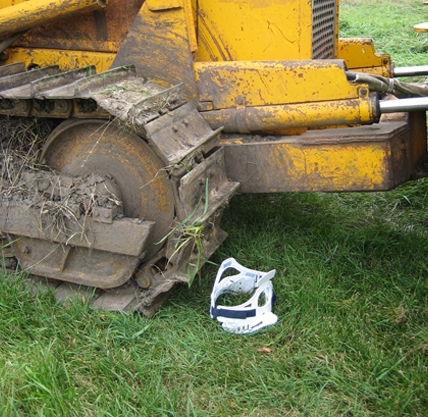 During her recovery, Freda's fierce sense of humor returned with a vengeance. Here, she seeks revenge against her cervical collar! Freda decided not to bother having the scar from her tracheotomy fixed with plastic surgery. "It's part of my story," she says. 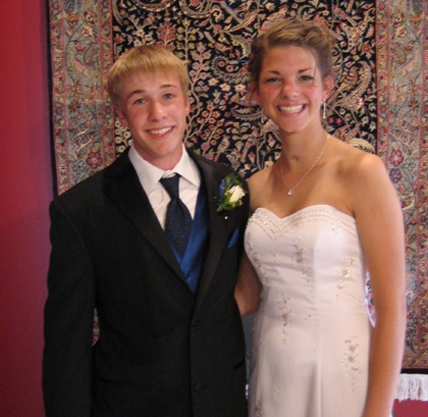 Freda glows at her 2007 prom, one short year after her crash. 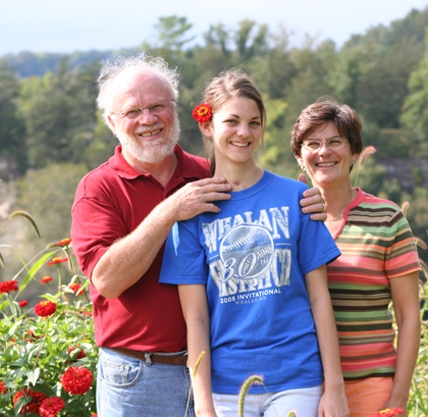 In 2009, Frida's mother stopped by to see Anne Moessner, the nurse who had managed Freda's care. "Today is the third anniversary of Freda’s accident, and I needed to be with someone who understood … someone who has seen what’' happened since that day," said the mother. The two women hugged. No words were needed to share their joy over Freda’s miraculous recovery.

Splendor Amongst the Flowers 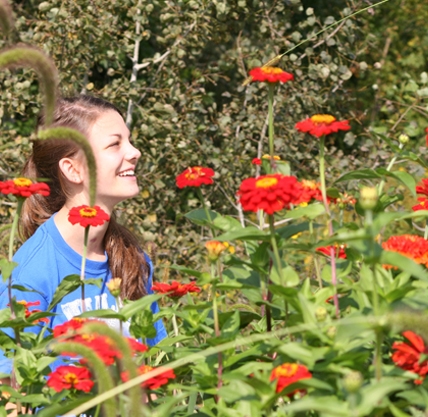 Freda is now in college, her life opening up before her like a bloom.

Created by Victoria Tilney McDonough and Ian Collins, BrainLine. Special thanks to Mayo Clinic's TBI nurse specialist Anne Moessner for her time, help, and enthusiasm and to Freda and her family for sharing their story and photographs.