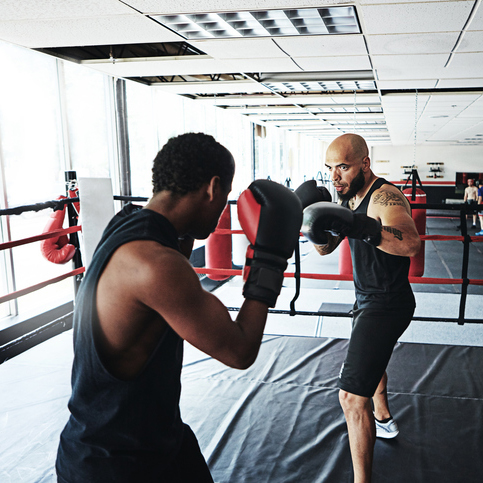 This study compares longitudinal changes in cognitive functioning and brain structures in male fighters who transitioned to an inactive fighting status without any further exposure to repetitive head impacts (RHIs) and fighters remaining active with continual exposure to RHIs.

Participants were recruited from the Professional Fighters Brain Health Study. At time point (TP)1, all fighters were active, with continual exposure to RHIs. At TP2, fighters were considered “transitioned” if they had no sanctioned professional fights and had not been sparring for the past 2 years. Fighters were considered “active” if they continued to train and compete. All fighters underwent cognitive testing and 3T MRI at both TPs. A subset of our fighters (50%) underwent blood sampling for the characterization of neurofilament light (NfL) levels at both TPs. Linear mixed-effect models were applied to investigate the potentially different longitudinal trajectories (interaction effect between group and time) of cognitive function measures, NfL levels, and regional thickness measures (derived from structural MRI) between transitioned and active fighters.

After fighters' cessation of RHI exposure, cognitive function and brain thickness measures may stabilize and blood NfL levels may decline. This study could be a starting point to identify potential predictors of individuals who are at a higher risk of RHI-related long-term neurologic conditions.