What We Carry Forward 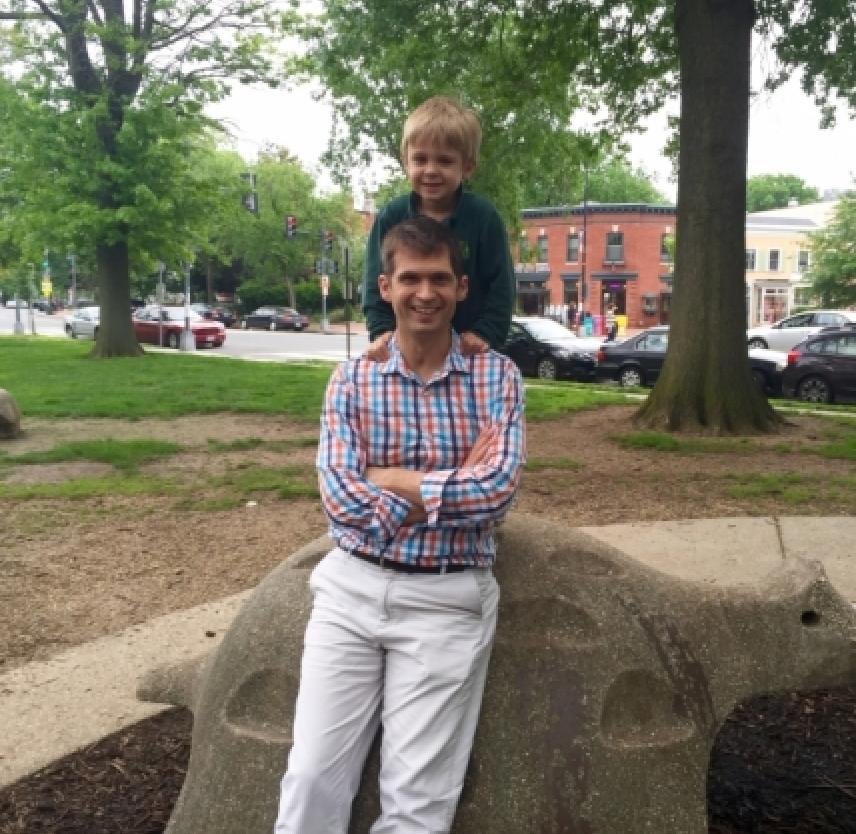 When TC and I decided to return to Capitol Hill a year after his brutal attack, there were people who thought we were crazy. Some kept their feelings private, silently wondering what would compel us to return to the same neighborhood where TC had nearly been murdered. Others were more verbal in expressing their confusion or disagreement over our decision.

The night of TC’s attack, the event in which he was robbed and sustained his traumatic brain injury, he was walking home from a nearby pub where he had been out celebrating with friends after a baseball game. Five minutes from home, he was walking alongside a grassy area known as Turtle Park, when he was approached by three young men who demanded his cell phone and wallet. After forcibly taking them, the young men proceeded to hit TC over the head with a baseball bat, in hopes that he would forget the robbery. What happened next is a difficult part of the story to imagine. Still conscious, TC made his way across the street and began knocking on each door in an attempt to get help. With no one answering, he eventually passed out on the front porch of a stranger’s home.

When I think about the role post-traumatic stress has played in our post-TBI lives, it hasn’t been present in the way many might assume. That grassy park, the row of houses? We pass by these landmarks every day, if not several times a day. But they do not invoke deep fear or retraumatizing memories. The location of TC’s assault is a fixture of our every day lives. Over time, we have learned to integrate it into our consciousness without attaching it to the trauma of his injury.

For as awful and shocking as the assault was, we know that it is illogical to blame a neighborhood or even a city for the fact that it transpired. The news is a daily reminder that tragedy strikes blindly. As hard as I’ve searched to find it in the past three years, there’s not a single place in the world that is 100% safe from danger or accidents. Vulnerability lies everywhere and accepting this reality has helped me to embrace all the wonderful blessings we’ve received as a result of living in this special neighborhood. From the fundraisers to the meals and messages we received for months after TC’s injury, the community of Capitol Hill helped us rebuild our lives and shield us from any further losses. There are many other TBI families who have not been as fortunate in their support.

I won’t deny that post-traumatic stress is present in life today. It’s a condition that presents itself differently for each member of our family. For example, I try very hard to manage an unquenchable and sometimes unreasonable need to know where TC is at every moment. TC, for his part, has developed a deep aversion to violence and is highly disturbed by much of the TV and movie offerings these days. He unconsciously flinches when someone approaches him suddenly, even if that someone is me (a reaction I try hard not be offended by). PTSD creeps in at other delicate moments too, but so far we have been fortunate it has been a manageable outcome of the brain injury experience.

As we prepare to say goodbye to our beloved neighborhood in a month’s time and begin a new adventure out in the country closer to family, there is a lingering thought about community that deserves attention. For as difficult as it is to predict outcomes in TBI recovery, researchers and clinicians agree that it is greatly impacted by the amount of time it takes for an individual to receive help and medical care. In TC’s case, this reality explains why his injury was so catastrophic. Nearly eight hours passed before a bystander, witness to TC seizing, called 911 for help. Without this man’s intervention, TC’s death was imminent.

I often wonder who else might have walked by in the early hours of August 18th, 2012 and noticed my husband in need. With the number of early morning joggers and dog walkers in the neighborhood, I know there were several who chose not to take action. Perhaps they thought TC was drunk or mentally ill. Perhaps they decided it was safer not to intervene or even impolite to get involved. But I sure wish someone had stepped forward sooner. Our lives would have unfolded dramatically different.

Last month marked the 52nd anniversary of the murder of a woman named Kitty Genovese, who I remember learning about as a sociology student in college. Genovese’s death is famous, in large part, due to the number of witnesses who saw or heard unusual and concerning activity, but did nothing to prevent her death. This reaction, which has been coined the “bystander effect,” is a phenomenon we should all be aware of. It’s not enough to assume someone else will step in, and we cannot allow ourselves to withhold help out of fear or uncertainty. Beyond spreading awareness, one way we can hope to combat the crippling outcomes of traumatic brain injury is by making sure we take every head injury, accident, or worrisome situation seriously. I, for one, would much rather risk embarrassment or a potential overreaction than failing to intervene where help is needed.

As residents of an urban area, we live on the periphery of many people’s lives, giving us the opportunity to have a profound impact on each other’s survival. Our choices as neighbors can serve to unify those around us and, in our case, even rebuild families. Reflecting on our time in the city, TC and I carry forward a deep appreciation for community and interconnectedness. A wise friend of mine like to say, “People need people,” and I couldn’t agree more. As we begin the process of establishing our lives in a new home, we know we must extend a hand to those around us. Inevitably, we will need to lean on them just as we expect to be leaned on ourselves.

Thoughts and prayers up from day one when I heard about TC on DC news! Still here and still praying! Best wishes to all.

Thank you, Abby, for the impactful reminder to look out for one another. Best wishes on your move!