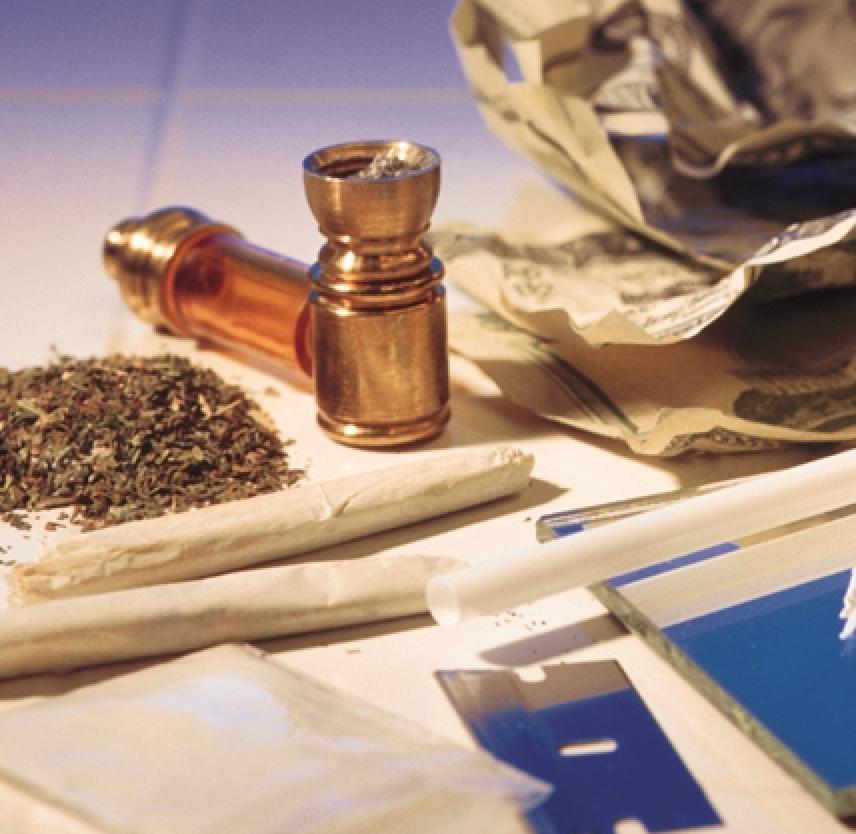 Between 1993 and 1998, the Research and Training Center on Community Integration of People with TBI interviewed hundreds of individuals about their lives after experiencing traumatic brain injuries. People were eligible to be part of this sample if they viewed themselves as someone who has experienced a brain injury and has a disability. A comparison group of individuals who view themselves as non-disabled was also interviewed. These samples include men and women from all regions of New York State - rural areas, cities, and suburbs. People as young as 18 and as old as 65, of all races, income levels, and life experiences participated in this research. In each issue of TBI Consumer Report, we share some of the insights resulting from these interviews. Here we use results from our research and from that of others to focus on the challenge of coping with SUBSTANCE ABUSE after TBI.

Is Substance Use/Abuse a Big Problem for Individuals at the Time of Injury?

Yes. Several studies have shown that before their injury people who sustain a TBI are twice as likely (35 percent) as others in the community (17 percent) to be either a significant user or abuser of drugs or alcohol - sometimes both. Furthermore, use of drugs and/or alcohol often causes accidents that lead to TBI, for example, while driving under the influence of alcohol.

Does Substance Use/Abuse Continue to Be a Big Problem After TBI?

This question is a bit trickier to answer. Many different research groups have explored this topic and have found that as many as 25 percent of the people in their studies have used/abused alcohol and/or marijuana at some time after brain injury. However, fewer people say they are currently using/abusing. In fact, in these studies of people with TBI who were three to 10 years post injury, only about 10 percent of those who were asked if they now drink or use drugs said "Yes."

The good news here is that people with TBI may be doing better in the long run than most people in avoiding substance use and abuse. These data may reflect the positive outcomes of prevention and treatment programs aimed at reducing alcohol/drug problems after TBI. But, this rosy picture is not as optimistic as it first appears, as even one person is too many - because of the heavy burden that alcohol and/or drugs add to the lives of people who have had a brain injury.

What Are the Specific Negative Effects of Drug/Alcohol Use After TBI?

Use/abuse of substances creates a major, additional challenge for the individual after TBI - at a time when he or she doesn't need to carry an even heavier load. Use of alcohol/drugs after TBI is known to result in:

What Can We Learn from Others Who Have Kicked the Habit After TBI?

In addition to interviewing hundreds of people with TBI, the RTC also invited a small group of individuals who had successfully kicked their habit or stayed clean after TBI to discuss their insights about what was most helpful to them:

The importance of early treatment for those identified as known substance abusers. The group members told us that it was critically important that, at the time of inpatient hospitalization and during subsequent rehabilitation, professionals quickly identify their drug or alcohol abuse problem. This is important because, with identification, education about the consequences of continued use/abuse post TBI can be provided, and individuals can be referred to drug treatment programs at discharge from inpatient rehabilitation. People with TBI who were substance abusers at time of injury viewed their time spent in the hospital after TBI as mandatory detox.

Missing the covert drug users. Individuals with a less obvious drug or alcohol history and those who did not need inpatient rehabilitation were not likely to be educated about the negative consequences of continued use. Without such education, many continued, or began, to use drugs or alcohol as a means of self-medicating the numerous problems that emerge after TBI. Members of the group felt that early education would have been extremely helpful - everyone with a TBI should be brought up to speed, whether they are social drinkers, nonusers, or heavily into abuse. Indeed, our large-interview study supports the group's comments, in that we found that individuals who were nonusers at the time of injury - and who, thus, were less likely to have received education aimed at prevention - were at higher risk of developing a substance use disorder after TBI than were those who were substance abusers prior to their injury.

The double challenges of TBI and substance abuse. Group members also discussed the dual challenges they faced - as individuals with TBI (with one set of challenges) who also were abusers of alcohol/drugs (adding a second set of difficulties). In this vein, they talked about dealing with the typical losses associated with TBI (for example, cognitive problems, excessive fatigue, and personality changes), while at the same time needing to redefine their lifestyle, that is, the "persons, places, and things" that had maintained an active drug life. Combined, the two sets of challenges made redefining a new self and a new life much more difficult.

Identifying with a disability group. Because of the double challenges associated with TBI and substance abuse, a major problem people face is not knowing where to find the best support. When individuals sought help from community substance abuse programs, professionals and participants in these programs tended to underestimate TBI-related problems (cognitive, physical, and personality changes), making remarks such as, "Oh, we all have problems like that." Conversely, when people sought help from TBI-focused programs, professionals and members of the TBI community were often uncomfortable talking about the person's drug history or attempts at sobriety. Many members of the group felt that each source of potential help fully understood only half of their problems and challenges, which was often more frustrating than helpful. The group recommended a solid solution to the problem. People with post-TBI substance abuse problems should take advantage of inpatient and outpatient rehabilitation programs that offer a combined approach to TBI/substance abuse prevention. Further, the group encouraged individuals with TBI to find a mentor with TBI who is currently attending a community-based program such as Alcoholics Anonymous. This person can shepherd the individual in the community and help vouch for the specific challenges of TBI, which otherwise are likely to be misunderstood within this setting.

Ways of staying clean. The focus groups discussed ways of living life after TBI without using/abusing drugs or alcohol. Many individuals spoke of a strong reliance on 12-step programs, such as Alcoholics Anonymous or Narcotics Anonymous. Others emphasized the need to change the "persons, places, and things" that had acted as triggers for continued drug/alcohol use - for example, avoiding friends who were users/abusers and activities in which use/abuse typically occurred. Many found solace in spirituality, either through seeking a higher meaning on their own or finding an organized religious group. The latter created a new social bond that provides positive and meaningful activities rather than the harmful "persons, places, and things" associated with continued substance use. Finally, some members of the group discussed their attachment to pets - finding meaningful connection and affection in caring for animals.

What Are the Implications?

In sum, our findings and those of other researchers suggest that people who experience brain injuries often have a prior history of substance use/abuse. After TBI, a drop in use/abuse occurs, but a significant number of individuals - too many - use drugs/alcohol at some time after injury. The voices of people with TBI who had successfully kicked the habit point to several needed next steps. First, all individuals with TBI should be screened for prior drug/alcohol use patterns at the time of injury. Second, all individuals, regardless of prior usage, should be educated about the negative consequences of continuing, or starting, to use drugs or alcohol after injury. Third, those with TBI who have drug/alcohol problems need rehabilitation programs that provide dual treatment - not aimed just at TBI or at substance use, but at both. Finally, linkage with community-based prevention programs, such as AA, via a mentor (that is, a person with a TBI already involved in the community program) was encouraged.

This article was based also on research conducted by others: Allen D.N., and Landis, R.K. (1998). Neuropsychological correlates of substance use disorders. In P.J. Synder and D.K. Nussbaum (eds), Clinical neuropsychology: a pocket handbook for assessment. Washington, D.C.: American Psychological Association.

Looking for info to help my daughter who sustained a TBI a year ago and is also a heroin addict.

My son has suffered a TBI 2 years ago and is a heroin user he's currently in Stony Brook University Hospital is there any help for such a person?

My son suffered a TBI in 2008, he has been using heroin and meth for about 4-5 years and has been in and out of rehabs, we are scared he won't be around much longer. We can't find a rehab that understands frontal lobe injuries, can someone please help.

11/116/14 Thank you for this information! It is trulyhelpful to me! I had a TBI 3/8/97 (17yrs ago) car accident not related to drugs or alcohol. After which I became an alcoholic into a substance abuser for over 15yrs!! Today I have 3years & 5months A&D free! My TBI was frontal lobe after studying I've been puzzled as to the results which is which!? Sincerely, Meg Galloway