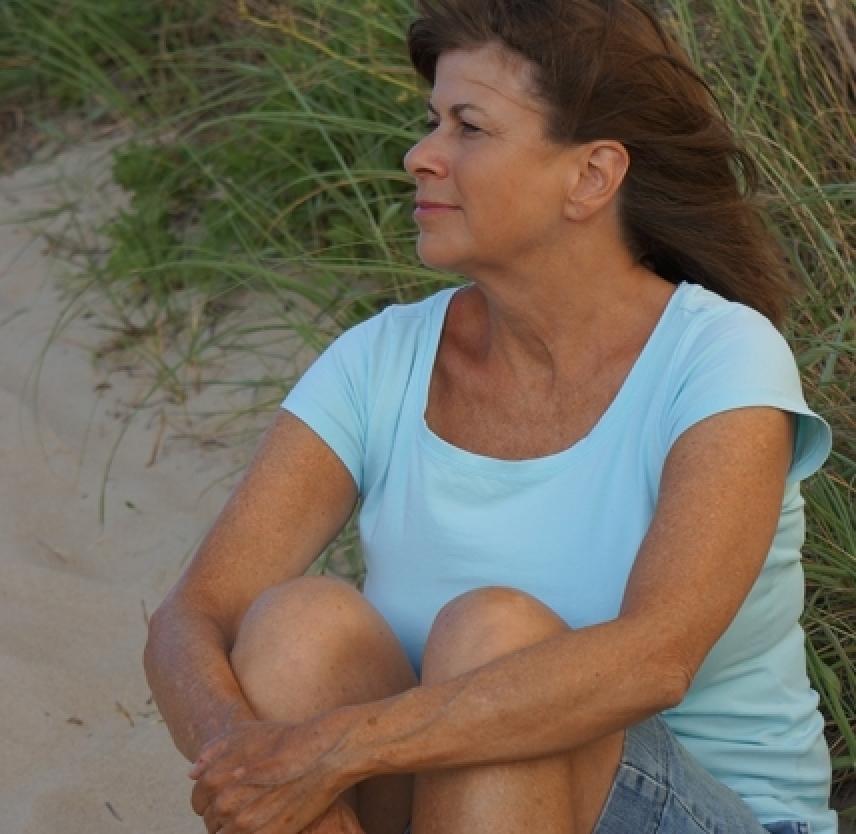 Have you ever watched a child hold a helium balloon on a string and see how something so light can begin to feel so heavy? The child may need to have the string tied to his wrist because his fingers can no longer hold the balloon. When at last, the child must let go of the balloon, she cries, as she watches it weave and bob and drift out of sight. Think of that balloon as your anger, you hold it until your fingers turn blue, until the string digs under your skin, but it only hurts you. If you let it go, it still exists but it floats away like a useless bag of air.

In addition to suffering through a TBI, families have to deal with the trauma and emotional baggage of what caused the TBI. Was it an accident, an act of violence, a careless mistake? Who is to blame?

In our case, a woman hit Hugh while he was riding his bicycle home from an afternoon workout. She was charged with reckless driving at the scene. During the critical stage of Hugh’s injury, many of Hugh’s friends were furious at this woman, but I wasn’t angry; I was too devastated at first. I focused solely on bringing Hugh back. My anger rose to the surface when Hugh was out of the danger zone. It flared as time went by and we never heard one word from the woman who hit him. My anger fully ignited when one of my daughters had a crying jag of frustration over how drastically our lives had changed while this woman was going about her normal day. I had not heard from the woman who hit him, not a single word. I realized that her lawyer probably told her not to call, so I called the police officer that was on duty the day Hugh was hit, and she told me that the woman who hit my husband showed little emotion at the accident scene, even as grown men cried and nine Firemen struggled to strap Hugh to a body board. My anger formed like a rock in my chest. How could people be so unfeeling? She had not only nearly killed my husband, but also hurt me and our daughters — she wrecked our lives.

In his article, “Anger, Forgiveness, and Healing,” Dr. Jeffrey Bernstein explains that it’s normal and healthy to be angry when we have been hurt or traumatized. He says that “anger needs to be acknowledged and processed,” and that “acknowledging revenge fantasies within oneself or with trusted others is integral to the process of freeing oneself from the shackles of anger.” This I could relate to. I had a few fantasies I’m ashamed to admit even now. Bernstein’s article goes on to show how, ultimately, people can forgive and move on. While forgiveness sounds nice, I felt something integral missing, so I kept researching and stumbled on something I had not seen before.

In an article called “Unforgivable Hurt; What Do You Do Now?” Dr. Mark Banschick, suggests that it’s bad therapy and bad religious advice to insist that someone forgive another for a serious wrong when “bad things are done to good people.” Forgiveness means you stop feeling angry or resentful toward that person. Is that always possible? Is it possible to forgive someone who caused an accident that resulted in a lifelong disability? Worse yet, is it possible to forgive a violent criminal or abusive spouse that causes a TBI? Dr. Banschick does not feel it’s necessary. He opts instead for acceptance. “Acceptance,” he says “is a coming to terms with the random harshness of life.” No one is exempt from pain. He says that patients should not be made to “feel guilty because they cannot do something superhuman (forgive the unforgivable).”

Back to the balloon. My family went through a phase of anger and blame, and I even thought I had forgiven the woman who hit Hugh on that day in April 2002, changing the course of our lives forever, but I realize I have not. I may never truly forgive her, because she never showed she cared. That said, I have accepted what happened. I accept it as I see that balloon fade to a dot on the horizon, as it drifts further into the distance with each passing day, and I hope one day, it will completely disappear.

Over 35 years ago i had a car accident with a man driving a two ton truck where my car slammed into the truck causing it to tip over. A highway patrolman worked my accident and recalled the man driving the truck' response "what about my truck" which the patrolman told my dad and my dad told me. Later my dad spoke with people in the little town "your son picked a classy citizen to have a wreck" because they were familiar with the man my dad told them that a son had gotten involved with this man. people can be so cruel because they avoid messes and people sometimes spill some blood and it reminds them of mistakes.
My husbands accident was 10 years ago and I went through exactly what you have. First I just focused on him and second I needed all my energy to get through therapy and insurance and getting things at home handicapped accessible. Late at night when I was feeling more angry at life than usual I would allow myself to direct all that anger on the 16 year old girl that had hit him going through a red traffic light and having a car full of teenagers. I too never heard from her or the family. I know she still lives in the next town and I have heard she hasnt done much with her life. I pretend I send her a letter or confront her at her apt. maybe it is enough to pretend. I never wished harm or negative things toward her. I think if I would hear from her and know she felt horrible for what happened it would make me feel better. The things that were taken away from us are things that could never be replaced. We were both very successful and had not yet started our family. We have lost all those things that we took for granted. What I wish for her was to make something of herself. Become successful, find the perfect man and get married and to have the perfect family. I guess Im more disappointed in her that she never lived up to the potential she could have. Those things that were taken from us. So maybe anger has now turned into disappointment,
Acceptance versus forgiveness I like that.
How brave of you Rosemary, to be so truthful. In my head, I accept the wiseness of your words...feeling it in the heart...takes time; my dilemma is, of course, that my partner's tbi resulted from his own unwise actions...
My beautiful 16 year old daughter was almost killed by a reckless, irresponsible teen, who drove without a license or insurance. My daughter was taken clinically dead to the hospital, and 2 craniotomies and 3 cranioplasties later, she is living with permanent TBI and will never have a normal life. WE DO NOT WANT HIM TO EVER SHOW HIS FACE NEAR HER AGAIN. You cannot forget when someone tries to kill you,and leaves you scarred for life - whether it is an "accident" or a "crime".

I heard once that forgiveness frees the soul. I did forgive, and the soul that was freed was my own.

Imagine, if in cases of negligence, the law would require the negligent party to partake in the necessary care of the party whose lives were changed forever more because they had to text and drive, yell at their kids in the back seat, or drive under the influence of mind altering states.,,etc.etc.

Wow. You have no idea how hard it is to leave this comment...I usually cannot get past the ReCAPTCHA! My brain just won't let me!

Thank you for this entry. I was left with a TBI when my brother took me on a "joy ride" in his Corvette, showing off, losing control and slamming my side of the fiberglass car into a group of trees. I got one in the head. He showed no remorse. Got his car totally repaired within a month and went on his merry way. I ended up in a 5 yr. litigation with his insurance company which was finally settled, never heard from him again and have learned to live my new life in a new brain. I just keep telling God I want to forgive him for his actions. I can't say I have ever succeeded but I have moved on, let the anger and hurt go, and don't waste any more energy on the topic. It has taken me almost 10 years to do this. I've learned to love who I am now.
I love your story and I think what your trying to do is amazing! Keep it up!