When My Dad Gets Bored, He Gets in Trouble 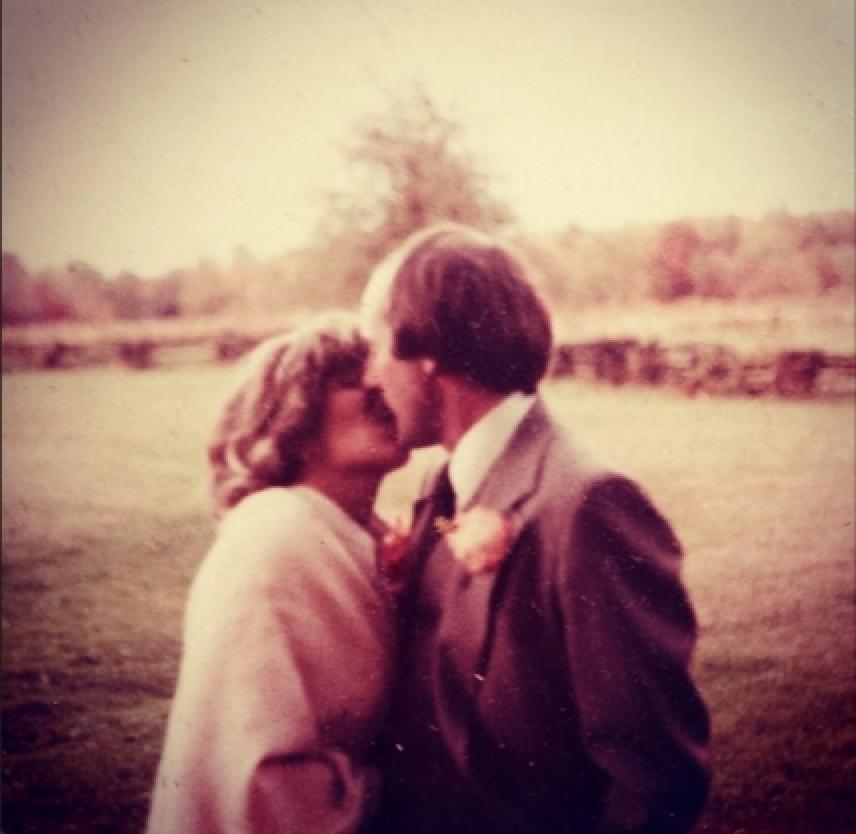 March is the month of my dad’s birthday. March is brain injury awareness month. March is normally when things start to get tough for us Leydes. Late February to mid-March is like a hangover from the holidays. It’s the dead of winter in these parts and about the time of year when my dad starts to get bored. And when my dad gets bored, he gets in trouble. And when my dad gets in trouble, my mom gets down and out. And when the two of them get like this I feel all the heat and sorrow of this brain injury pour over me yet again. I contemplate what I can do and what we can do differently. I make sure we’re not all going insane. By insane I mean “doing the same thing over and over and expecting a different result,” as the famous saying goes.

There is nothing that operates quite like a brain injury. It comes on like nothing you’ve ever seen—a big wallop on life as you know it. Eventually, you begin to acquiesce to a new life with new challenges and let go of old ways. This might take days, months or years. Either way, the brain injury doesn’t go anywhere and remains as slippery and shifty as ever.

In the past three years, I have shared more uplifting conversations and promising days with my father than I can remember since his accident, which was 18 years ago. Maybe I’ve grown up, or maybe he’s grown up. Maybe it’s neuroplasticity beginning to take effect—the rewiring of his brain as a result of the yoga moves I’ve taught him and the new habits that Dr. Joe has taught him. Something has shifted because I’ve finally started to say “Oh, wow, Yes. Yes, of course I’m so happy that my father lived and is still with us—brain injury or not.” I am. A decade ago was a different story, but these days I really, really am.

Then there are days like today. In the midst of a conversation about wedding dress appointments and gas lines freezing, I’m walloped again. My mother has just shared with me how cold and tired she is. Like, she totally has nothing left to give. I’ve heard this before, so I nod at the phone and listen. She’s cold and tired, and my father is getting in trouble because he’s bored. The usual stuff still, so I nod and listen more. She’s cold and tired, and he’s bored and in trouble, so he’s started lying about things and smoking pot again.

WALLOP. There it is—that familiar sting to my heart, an ugly feeling that lingers many more breaths than I’d like. Yoga I think… Breathe. I want to scream or swear, but I listen to more of what she has to say. She’s trying, but winter makes it hard for him, and there is little to keep him busy. I keep listening as I silently hatch a plan in my brain to call him immediately after I get off the phone with her and let him have it. She tells me that this is nothing new, and it normally comes to this at this time of year. We hang up because we are both too busy to discuss this yet again. She has work, and I have work.

I don’t call my father. I can’t imagine another conversation where I’m driven to yelling and crying in an attempt to explain to him the umpteen zillion reasons why he can’t—we wish he wouldn’t—it’s not good for him to—it makes his injury worse when he does—smoke pot. I’ve had this conversation so many times before. Every time we talk the subject to death, to the point that a piece of me believes that he won’t pick up a joint ever again. In every conversation, I explain to him that when he buys pot he undoes all the good things that the three of us—me, Mom, him—have worked really, really hard to establish. I tell him every time that when he buys pot, we lose our trust in him. I remind him that every time he rolls it, or packs it, or bakes it, he breaks our hearts. Every time he ingests marijuana that stupid brain injury wins.

I know that I’m writing about a controversial subject. Marijuana for March. I realize that for most of—yes most—it’s not that big of a deal. Hey, I agree. It’s calming and freeing and pain-reducing for many, many people who live with brain injury. To them, I say have at it. I’m not stopping you, and I’m certainly not judging you. Then there are the few people who grumble when I explain why we can’t allow my dad to smoke pot. They think that I’m acting as the ‘fun police’, giving a man with already too many rules yet another rule to follow just because he has a brain injury. I can promise you that I’m not doing that.

I know that people from everywhere read these blogs each month on BrainLine and I watch the opinions fly. Good, how else do we share and learn? I also know that we as family members and caregivers have our own sets of rules and wants, and we might have opinions and make decisions that feel as though they are limiting and made without understanding. I’ve learned that each brain injury is intimately different, and there is no blanket rule we can apply to any situation. There is also no happy, sad, grateful, or inspired reaction we can all share all the time. We and our families, our injuries, and our situations are simply all very different.

In my case, I’m the daughter who has a father with a severe frontal lobe injury. He walks. He talks. He smiles and hugs. He gives a thumbs-up and the occasional extraordinarily good advice. My dad’s bigger brain injury challenges are his lack of empathy and executive function. In my dad’s case, smoking marijuana reduces his ability to reason and to make well-thought-out decisions each day. Not only does having marijuana in his system make him fall asleep haphazardly and move through his day like a sloth, but he says unkind things and acts in careless and dangerous ways. He drives the tractor into our pond. He spills his drinks. He loses the dog. He slices his hand wide-open on a band saw. He hocks his wedding ring for weed. He steals. He lies. If my father were left on his own with no rules and a big old bag of weed, he’d most likely become the toothless guy with the holes in his filthy jeans, giving you that wacky smile that leaves you feeling uneasy on a New York City subway.

Dad, I know you read this every month. One year for my birthday I asked you to stop smoking. You said you would. You promised. This year I'm asking you to do this for you, for your birthday. Don’t promise me anything. Just… stop—for you, for you and Mom. I’m running low on ways to get this through to you, so… “Why ya wanna hurt my heart…” as Jimmy Buffett sings. “…when you know that [we] love you?”

Interesting.  I have a daughter with bipolar disorder and I'm struggling to understand the role the frontal lobes play in her disorder.  We have noticed a direct correlation between pot and manic episodes.  When she experiences a manic episode, she responds with the same sort of behaviors as you describe your father demonstrating.

Like you, we have also encountered those around us (her peers especially) who seem to think that their own experience of pot will be her experience. 'After all', they tell themselves, 'I smoke it and I'm fine'.  In her case, that's not the way it works for her.  Pot triggers mania every time and the episode usually ends weeks or months later in a hospital with a trail of damage behind her.

I need to keep following up on these connections between traumatic brain injury and manic states.

I know everyone is different; I smoked pot. Oh it will relieve your pain...nope. It increased my pain. I had pain where I did not have any. That was my body, now my brain - Left me foggy? as some would say. A better word for me is disconnected. Usually I feel disconnected from people, issues. Pot just distanced me more then usual. To each their own.