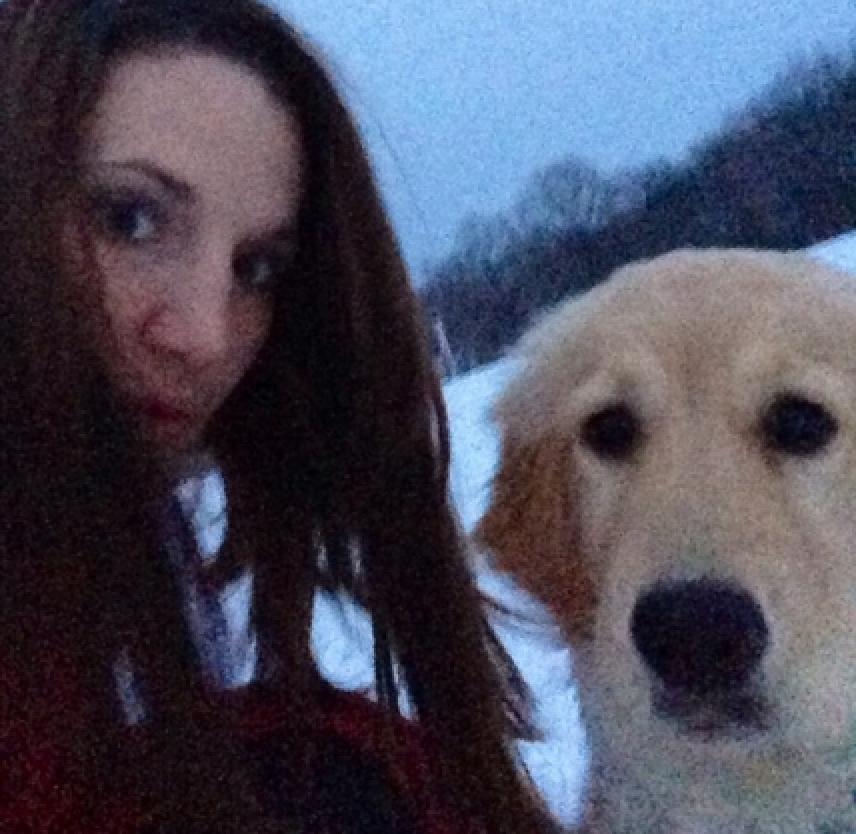 I can’t say that I was looking forward to Christmas this past year. That was hard to admit because I’m the kind of girl who loves the rising snow fall and wrapping packages and the smell of pine and my grandmother’s red wool coat and White Christmas (our family’s Christmas cocktail — ask me and I might just share the recipe). In fact, Christmas Eve is my favorite day of the year. But this year, when a few days before Thanksgiving the massive Christmas tree went up in Market Square in Pittsburg just blocks from my apartment, my life felt interrupted. With it came the ice skating couples, the Christmas carols, and the pop-up holiday shops. It came too close and too soon. Or maybe I just didn’t have the 2013 Christmas spirit. At 31, not married and with no kids, I found myself making “festivus for the rest of us” jokes. Because having an off year is okay, right? God, I hoped so.

The night before Christmas Eve I stayed at my parents’ house. I went to sleep feeling secretly scroogey and woke up, buried in a pile of down blankets, to my mother handing me a cup of coffee.

“It’s only a half a cup, so it stays hot,” she said. “It’s pretty cold out there this morning.”

I sat up in bed and held the coffee with two hands. I could see the snow falling outside, the kind of big, fluffy flakes that take up the whole window. Delighted? Grumpy? Not yet awake… I was not able to discern what I felt. The coffee was still too hot to drink. My mom situated herself on the striped chaise lounge in the corner of my room with her own hot coffee. She was wrapped up in a snuggly-looking robe, her glasses steamed up and her cheeks still red with cold. She’d already been out to the barn to feed the horses. It wasn’t even 8 am.

We sipped our coffees and made Christmas plans. The morning felt like a version of perfect mornings from years ago, even though years ago I would have been too young to like the coffee and would have been awake before my mother. But this one just felt right, like the way the little girl in me had pictured Christmases to come, rather than the Christmases I’d gotten used to. The hours and days that followed — shopping, cooking, party at the neighbors, and family stop one and family stop two in Ohio — were to my surprise in that same vein of Christmas Eve morning coffee.

The day after Christmas I was back to grumpy. Save the few hours that enveloped Christmastime, it had been one of those weeks. Everything had felt wrong or stuck or stagnant, because I’m the girl who grew up with a brain-injured dad or because I’m the girl that makes things complicated. Either way, the mental whining was useless, because I was the girl who had to get back to Pittsburgh the next day, back to my life and my routine, which had been usurped by cheery Christmas.

“I hope you are feeling better,” my mom said, leaning on the door frame to my room. It was Friday morning. She was dressed in an oatmeal-colored cashmere sweater, a brown skirt, and boots. There was no coffee. “I have to get to work, but your dad can make you breakfast before you leave. Eggs and toast, if you want?”

She left, and I got up, threw on a black cowl-neck sweater and the jeans I’d been living in since Christmas Eve day. I packed my things in haphazard bags and dragged them downstairs to the hallway. I went into the kitchen, half-expecting my dad to hand me a flimsy piece of toast covered in peanut butter on a paper towel, but found him spinning between the stove and the countertop with a dishtowel draped over one shoulder and the golden retriever puppy — gosh darnit, she’s adorable — batting a tennis ball around at his feet. It even smelled like breakfast.

“Well, good morning,” he said. He stopped whatever he was doing and poured me a cup of coffee.

“Morning,” I said, sitting down at the kitchen table. I stared at the heaping pile of thinly sliced potatoes on the cutting board. What year was this? The puppy barked.

“Myla!” he said, his voice yanking her to attention. “Myla Mutley… What a gooood girl you are. Yes, you are.” He picked up the ball and tossed it somewhere in the living room, then spun around, scooped up the potatoes and tossed them into the frying span that was spitting on the stove. I felt light-headed. Maybe my dad is getting better? I thought. Maybe your dad is getting better. Maybe the dog helps??? My mom would share the same sentiments with me later that day.

I sat with my coffee and watched the two of them. My dad and his dog. It may as well have been 1994, back at the lake house, back when his brain worked and he loved his dog and he made really good breakfasts.

“Is this good?” I looked up to see him holding a pale piece of toast and doing a little dance. “Or do you want it nice and brown like mine?” I cocked my head and squinted. We both knew the answer. Within minutes, he divvied out the potatoes, beside the sunny-side up eggs and the brown toast triangles, on our plates. He poured himself a Coke Zero. Damnit. It’s still 2013. While I waited for him to sit down, I picked up the crispiest potatoes to taste, realizing what a John-like move this was. They were effin delicious!

“Dad, what are these potatoes?” I said. “They’re really, really good. And I don’t really love potatoes.”

We ate our breakfasts and talked about how to make raw fries and Pittsburgh sports and The Lumineers. When it was time to go, he packed up the little green Honda while I kissed the puppy goodbye. On the drive back, I didn’t play music or make any phone calls. Instead, I pondered the time warp I’d been experiencing the last few days. My parents were being… well, my parents. What was it? The dog? Maybe.

I kept thinking about what my Brooklyn yoga teacher had written to me in an email from weeks ago, a sentence buried somewhere in the long exchange about yoga and life and obstacles and excitements that we had kept going. “Puppy energy is so great,” she had written. My teacher had been so right. Such a small, fuzzy, blonde being, but she was certainly bringing out two parents I have not seen in years.

so poignant...sweet but brought me to tears...hope your dad continues to heal.my son has a severe tbi