Lessons of Brain Injury and Buffett 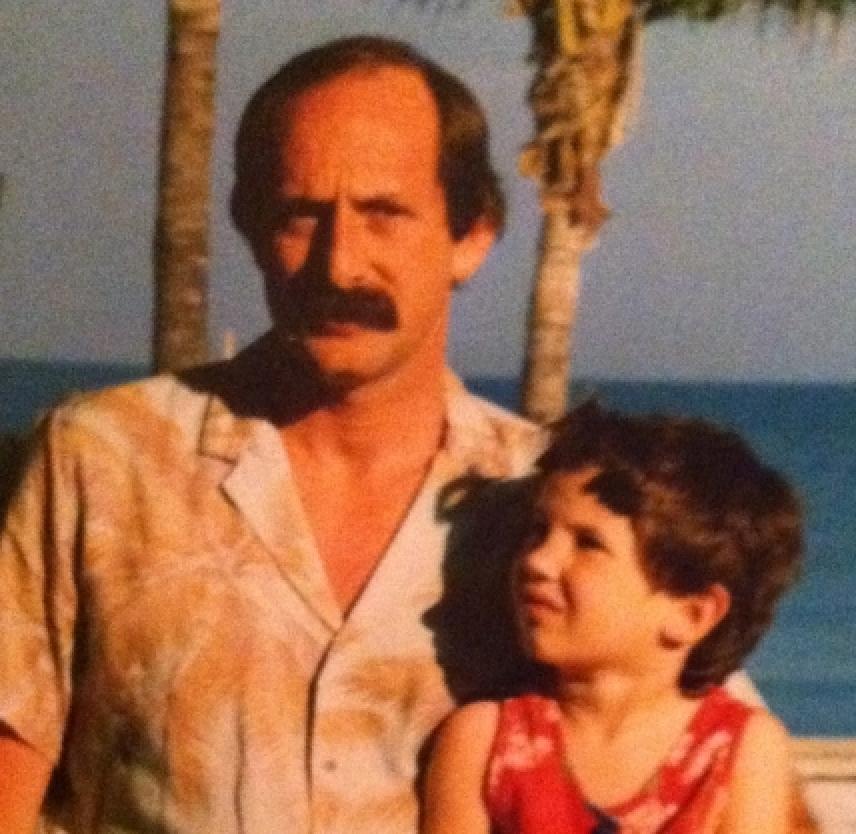 “Never seems to work out the way I had it planned.”

Whenever I'm asked to share my life motto or add some attributed line of wisdom to a yoga bio, it’s unfailingly those words. More so than a quote, it’s a line from a Jimmy Buffett song (“Mañana,” if you’re curious.) Those of you who know me (or have read He Never Liked Cake) probably aren’t surprised by this, because you already know that if I could have a beer with anyone on earth, it would be Jimmy.

The Buffett thing goes way back. I grew up on a lake in Western PA, which lends itself to Parrothead parents living out the lyrics of “Stars on the Water” and “Fruitcakes” and “Boat Drinks.” Every summer, I would watch the two of them dress a little crazy in Hawaiian shirts, leis, and island garb to go see Buffett sing at Star Lake Amphitheater, and before I could develop any sort of taste in music of my own, I had Buffett lyrics trailing through the subconscious realm of my brain and a drawer full of his t-shirts.

It was the summer of ’96, and had all things gone according to plan one Tuesday, we would have been out on the lake, Buffett songs coming from the cassette player in the boat. Instead, I spent days, weeks, and months trying and trying to understand why my father got in a car accident and now had a massive brain injury. I dug around for answers everywhere. I asked people what they knew. I prayed for understanding. No one understood why it happened. As the years passed, I did exactly what it took to move forward—keep friends, go to school, be good, be normal, get a boyfriend, get good grades, help my mother—but I ferociously clung to the past. I found myself doing very John Leyde-like things. I put Saltines in my soup. I read old novels. I took pictures. I fell in love with golden retrievers. I became a good slalom skier. I liked Pittsburgh sports. And I listened to a lot of Jimmy Buffett. Buffett was soothing, as if his words and songs could take me back to the good old, pre-brain injury days. His lyrics about boats and life and daughters and change resonated. “Mañana,” became a particular favorite, and I played the words over and over. “Tried and I tried but I don’t understand. Never seems to work out the way I had it planned.” Jimmy and I would just try and try and try and try to understand why things didn’t work out.

I kept this mentality up into my New York City years. I just had to understand why my father had a brain injury. If I could understand that, then maybe there would be less loss, less sadness, less confusion. If I could just understand why, then I might be able to help my parents or love my dad more. I spent years trying to get it, pining over a Leyde family that didn’t exist anymore. Eventually, life became mired by my own dramas, many of which had little direct connection to my father’s brain injury. I became accustomed to the consistency of things not working out—life stuff, job stuff, boy stuff, all of which came with their variations on never working out.

Ten years after his accident, I discovered acceptance through yoga, and with acceptance I began to see things in a new light, especially the things I could not control. This allowed me to untangle myself from the incessant need to understand why it didn’t work out, why other things didn’t work out. Right around that time, I heard the song again and the lyrics took on new meaning. It may never work out the way we had it planned; however, other things do work out. In fact, some things actually work out better than I had them planned. It was as if on the other side of that lyric, Jimmy said, “but it’ll all be okay.” (For those curious, he sings “hanging out in a marina when Steve Martin called…”).

Today there are times when I am grateful for what happened. Hold up! Hear me out. Would I trade it in, give it back, do it over, tie my dad to the porch railing and hide his keys on the morning of July 30th? A resounding “Yes.” But I must eke the good out of this family tragedy. I must be thankful for what I can learn, especially those lessons that I can apply to non-brain injury events to make life a little easier, smoother, and less perplexing. Today, I make plans, but I don’t hang my heart on my expectations like I once did. And when things go way off course, well, perhaps it’s not for me to waste my time trying and trying to figure out why.

The other day, I was driving in my car to teach a yoga class. I was furious, alone, and free to fume about an incident from the night before that had left me hurt, flabbergasted, and disrespected. It was one of those times when you want to scream but I would never do that to you! Now I know that the world doesn’t quite work in equal exchange like that, but there I was the next day still super pissed that something just “didn’t work out the way I had it planned!” I’d now spent the last 12 hours telling people about it, thinking it through, and basically bitching, because I was trying to figure out why it happened. What was wrong with me? Sitting at a stoplight, I changed the XM station from Alt Nation to Radio Margaritaville.

“Tried and tried but I don’t understand…Never seems to work out the way I had it planned….” The familiarity of the words washed over me like a wave. It was time to stop trying and trying. Time to accept this. It will all be okay.

I’m still learning these hard-won brain injury lessons, and although the initial “lesson” is often what you might call “sucky,” there is always a way I can apply it to make the rest of life easier. Somehow, there is a little good even when it doesn’t work out like we had planned.

Thank you for sharing your beautiful tribute to your father. I can relate to your story in so many ways. I'm from Southwestern PA as well, and have been to the Starlake for many concerts. Instead of Buffet, I go to the Stones "You can't always get what you want".

My Dad was struck down by an aneurysm when I was 2, he was 32, and it changed the rest of our lives. I realized early on how his TBI had changed me, for the better. I would go out of my way to help others with a cane or in a wheelchair, later volunteering to take elderly people to doctors because they were too frail to drive. It scary to admit that; you are a better person because of his tragedy.

Nine months ago, I was struck down by my own aneurysm. I'm not physically handicapped, but I'm different. Slower. And now my own daughter will be more compassionate because I didn't get what I wanted: eternal health. I'm OK with that.

Kelle, Thank you for seeing the light in this crazy amount of dark. I suppose there are ways we all "get what we need." I have no doubt you have an strong and compassionate daughter.
Thank you for seeing the light in your story about your dad and of your life lessons through! Fifteen years later I have trying desperately to learn to deal and survive and live with a brain injury. Searching for answers why did this, how did this happen? Who am I! Acceptance has Not flowed to me easily, I keep finding myself stuck in the past! How would life be different? Deep down anxiety and depression has been eating away at me! Physically I do fairly well but mentally not so well! Just want to say thank you for your story again and hopefully I will gain from some of your strategies at coping and learning to move forwards. Thanks again.
Wonderful story hope your father ok now. I tbi five years ago. Physically ok though get cross when people "advise" me. you are doing extremely well Sharyn
Jimmy is how I have been coping every day after I leave the hospital to head home. My husband is 34 and I have 2 kids to try and help navigate and his lyrics have given me help with the dialog. Currently though it's "Take Another Road" on repeat in the car. I just have to remember not to listen to it BEFORE I get to the hospital.