I have found me a path 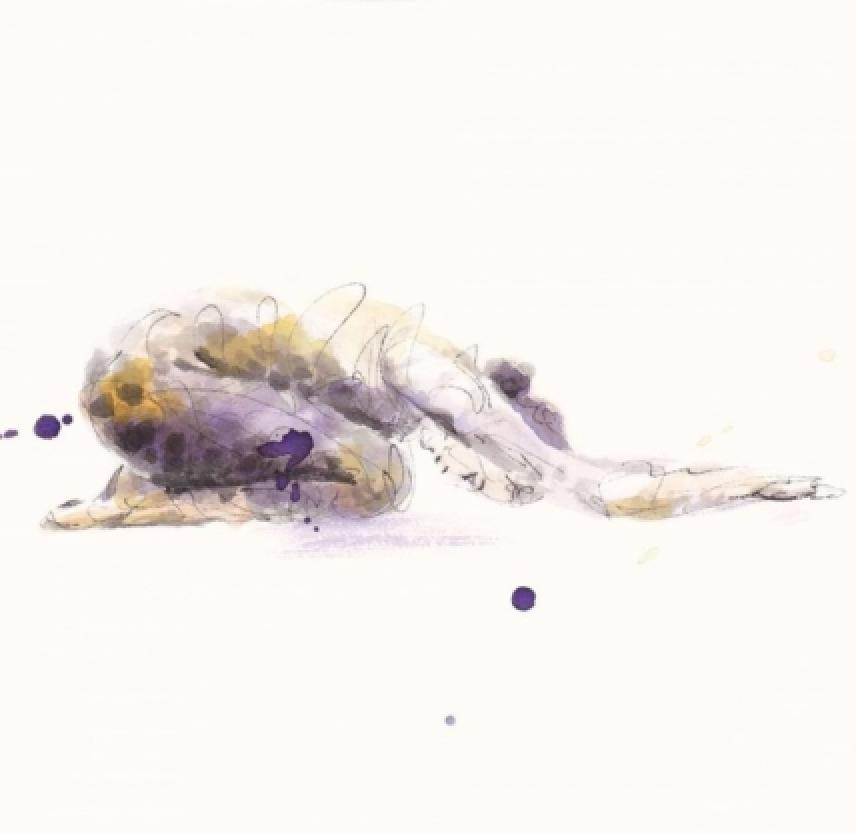 It’s too hot. I’m not flexible. I need more of a workout than that. I can’t even touch my toes. That’s not for me. I can’t sit still. I’ll get bored.

These are the sentences I most often hear when I tell someone that I that I teach yoga.

Take yesterday for example. Right before my weekly TBI yoga class, a man was telling me how he wanted to do yoga, to give it a try, but for such-and-such reasons he was afraid he couldn’t do it. The students about to take the class assured him otherwise, and when he left the room, we collectively hoped to see him in class someday.

Most of the people who question yoga are wary of their inability to sit quietly or to master fancy poses. Guess what? I’m right there with them! There are more yoga poses than I can count that my body can’t figure out or understand how to attempt safely, and most times when I meditate, I can’t stop my mind from flailing about in all directions. I think about soup (it’s summer!), if I’ll hate my dress (bridal fitting this Saturday), and if I love my dog enough (of course I do). It seems that there is a heavy focus on these two aspects of yoga—the poses and the meditation—in our culture. And let’s not forget the social media world’s obsession with pictures of yoga poses. Yet there is a great, big, wide world of yoga that extends to Eight Limbs. That’s why, when people say, “Yoga is just not for me.” I have to stop myself from saying, “Well, maybe it is…” because there is a heck of a lot more than headstands to discover.

The truth is, I felt a little lost in yoga at first, too. When I first started practicing, in New York City, in a hot (Bikram Yoga) studio, I didn’t have any idea about the world that existed beyond maybe, someday touching my toes. It’s been nearly ten years now, and I have learned much, much more about what yoga is. For one, if anyone were to ask me why do you practice yoga? I would tell them I do yoga because it helps me to stay present, because it helps me to find acceptance, and because it helps me to be kind to myself and others.

Yoga has helped me do those things even when they are really hard to do. It has helped me move forward from the terrible days of my dad’s brain injury and has helped my father accept his brain injury and begin to understand himself as he is today. Yoga has helped a lot of people heal from heartbreak, loss, and, in some cases, illness. Yoga is a path, and it’s our choice how fast we take it, how long we stop at certain points, and how far we travel. This might sound like a metaphor, but I’m not making it up. This yogic path has been around for thousands of years. It is an eightfold path, specifically derived from the lineage of Ashtanga yoga (which literally means eight limbs), but many yogis go by it today. Myself included.

In future blogs, I’m going to walk us all the way up this Eight Limbed Path. For now, we start with a road map.

Why oh why (you might be asking) is this on a blog about brain injury? Fair enough. Yoga as we see and know it may not be something for everyone; however, I do believe that there are aspects to these eight limbs that have greatly helped my father overcome some of the deficits that come with his severe frontal lobe TBI and that there are aspects that have helped me become a better caregiver and a better daughter to both my mother and my father. No part of this yoga stuff is religious, and it will only get as spiritual or as physical as you desire. This yogic path can be thought of as a guideline—to live a meaningful and purposeful life in the present moment. You might find tools on it to help you get over your past, make tough decisions, stop worrying about your future, or find peace. You’ll figure out as you go along.

NIYAMAS
Our attitudes and behaviors toward ourselves, and how we treat our mind and body

PRATYAHARA
The hinge of yoga, the point of being able to shift from the outer to the inner world

DHARANA
The calm, clear mind that can hold attention in one direction to focus on one thing

DHYANA
One step further than Dharana, the mind is clear and aware without having to focus

SAMADHI
The esoteric world that lies beyond our waking, sleeping, dreaming world

As you might notice reading the snippets of description, there is a progression of moving from looking outward to looking inward as you move from Limb 1 to Limb 8. That is because yoga is a practice where we learn to put ourselves first. This is not an act of selfishness, but instead, by becoming aware of our own body and behavior, we are able to live to our fullest potential. And then we are able to give, support, help, and unconditionally love other people and the environment around us.

Stay tuned, because next month we will dive into the first Limb, the Five YAMAS.

Stumbled onto your blog tonight when I was trying to remember the name of the one I started - well, named, anyway. (I think it's Just Rolling With It - must have tried yours but you'd already claimed it). Still haven't done any blogging. Takes me a long time to get the momentum up to actually DO things that involve brainwork. But I enjoy writing, and hope finding your blog generates some of the big mo. I look forward with trepidation to reading about your experience with your dad (my son is 14), and with much less trepidation about your experience with yoga. I credit yoga for not even learning I HAD a brain injury until years after the bike crash that **probably** started me on the road to massive hydrocephalus. "Indeterminate cause" or something like that is how my neurologist coded it. Bicycle crash plus a few subsequent concussions plus many years of soccer and countless headers as a reliable left fullback is my guess. Anyway, nice to see "my" blog name being put to good use.

Sorry to hear about your hardships. If your husband is that bad off that he is truly not the man you married you probably owe it to yourself to find a group home that will take him.

My daughter has a brain tumor and since radiation and surgery she has no working memory and no control of her bodily functions. She used to be a sophomore in college double majoring, driving her own car and aiming for a career as a research scientist. But she is not that girl anymore. I still love her but I do not like what she has become.

I too am depressed. What happened to my life? Please try to find help.

My husband has massive frontal lobe injury on both the left and right brain.  WE have lived with his injury for over eighteen years.  My sons are now 21 and 20 years old.  They have known nothing but a father with a brain injury - a stranger from the man I married. For years I was able to cope by practicing yoga.  In recent times after breast cancer treatment I stopped attending yoga.  The class was full of young things with cleavages and I felt uncoordinated and exhausted so I stopped,  I now cannot cope a moment longer with my husband I no longer have the inner strength to deal with the rages and utter self obsessed rants of the two year old child that is my husband,  I am not sure if yoga did us a service or disservice by tolerating his outrageous behavior and lack of love for so many years.  I know my sons don't like to come home and I don't blame them.