Growing Up with Brain Injury 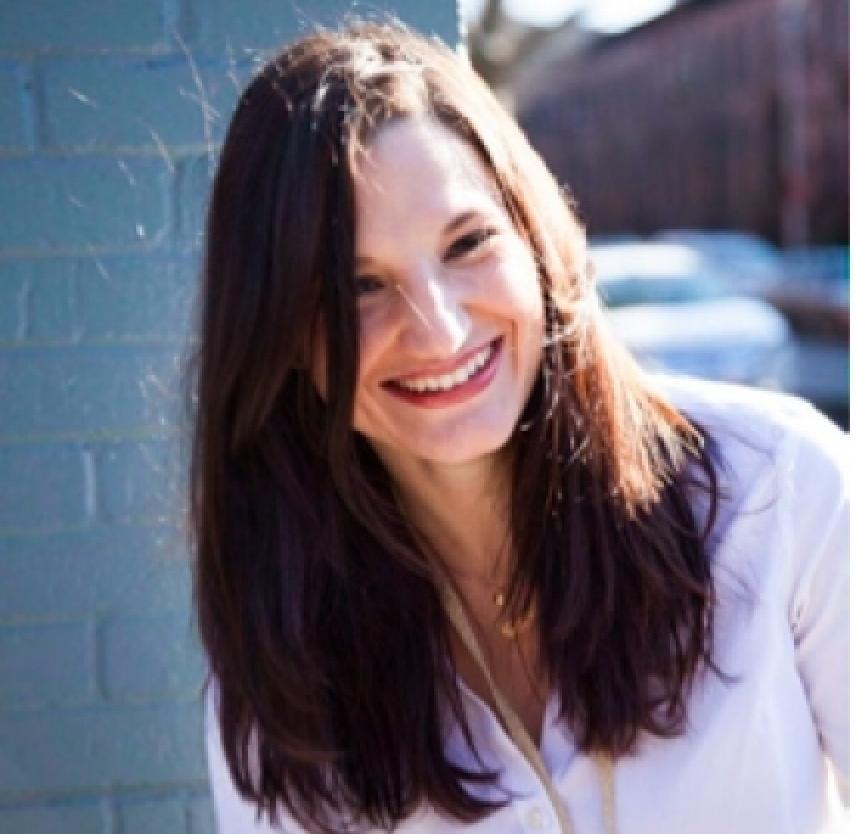 You can never predict when the epiphanies, the realizations, those a-ha moments are going to hit you.

I was in a bar. 2010, somewhere in New York City, and my friends and I were celebrating someone’s birthday or someone’s best friend being in town for the weekend — details I don’t remember. I do remember the Amazonian woman wearing what looked like an ’80s bridesmaid dress and the kind of plastic heels that come in a men’s size twelve. She was insistent upon predicting the futures of bar patrons.

“You …  m’dear, are birthing a creative project,” she said, cradling my right palm. “Oh, it’s a life’s work. It will help others. I see you meant to be a healer. I see you a teacher…. Yessss … a teacher!”

She stretched the skin on my palm.

“Oooh, and honey child, you get your life together and a man’s a-comin’.”

Her hands were rough and she smelled like cheap sunscreen, plastic, and coconut. I thought about my book, about the chapter outline that I had just sent to my editor friend. I thought about the yoga teacher training program that I had just written a fat check for. I smiled and handed her a crumpled $5 bill, and she followed me over to my friends. We huddled around her as she pulled uncanny predictions from our palms. And then someone ordered a round of drinks and someone else dragged me to jukebox. Eventually, we forgot about the drag queen psychic.

A few hours later she came back, asking for my left hand.

“Oh my…” She was shaking her head. “I should never do people’s pasts.”

“It’s okay.” I wondered if you could see brain injury in someone’s palm reading. “Just tell me.”

Divorced parents, neglect, broken family, rejection, isolation. Her interpretation of my past spewed from her glittery lips in ugly words and phrases that I didn’t relate to. You were abandoned, abused.  “No, I was not abused as a kid.”Yes, abused. Definitely emotionally, psychologically abused. Yes, you were. And your parents are separated. I shrugged. It’s your dad. Yes, your father. He… “Oh.”

“It is time you admit these things.” She was squeezing my hand, leaning in close, overpowering me with glitter and the scent of suntan lotion. I pulled away to fish around in my purse for money. “Honey child, just admit these things and then you can move on.”

I thanked her, handed her $10, and willed myself not cry in the East Village bar as I sought out my friends. Three hours later, I was sitting in the dark at my kitchen table, feverishly Googling phrase after phrase: kids of divorced families; symptoms of emotional abuse; symptoms of psychological abuse; broken families; single parent families. I was taking notes. I was sobbing. Sad tears. Happy tears. I was realizing things.

It was my a-ha moment. I finally began to understand fifteen years of terrible feelings and why it was okay to have them. I understood why I was writing my book — the story of growing up with my dad’s brain injury — and why other kids (young and grown) needed it.

But it’s brain injury. It’s not divorce or death or abuse. Brain injury is no one’s fault and even when you try to tack blame on a place or a person, it doesn’t work. It’s misplaced. You — the kid — must be strong.

You did not lose the love of your life, your childhood best buddy, or your partner until death do you part. But you did lose your mom or your dad. And yet you didn’t really lose them, because they are not dead. They are something else that no one can really explain to you. Not even your friends who have been through death or divorce.

Mom or Dad is … different.

Yet, in the wake of it all, after one parent changes so does the other, and thennothing pans out the way you had planned, and it’s all out of your control. At some point you realize you have a choice: roll with it and grow up into someone you didn’t know you’d be or isolate yourself and get the heck outta Dodge as soon as you can. Either way, life is not going to be the same again. You — the kid — are not going to be the same.

I chose to roll with it.

I was fourteen when it happened on a rain-slicked highway. He was a passenger in a car that slid into a pile of other cars, and he hit his head (too hard). It was July, a random Tuesday, and he was supposed to come home and take my friends and me waterskiing. A Tuesday a few days after our father-daughter trip to New York City. A Tuesday full of typical teenage woes — bad skin, dumb boys, tedious to-do lists, Western PA rain.

One moment I was changing into my favorite white swimsuit. The next, I was sitting in a waiting room at Allegheny General Hospital in Pittsburgh, surrounded by my family and family friends, all crying and planning and reassuring each other. I had my purse and notebook to keep me busy. I watched the news. I watched a pair of parents discuss plans about their son who had just been a motorcycle accident. I watched a woman try to speak Spanish to a nurse who could only speak English, something about a “ladder” a “husband” and a “fall.” I watched doors, hoping that my mother would come back through them. I watched for someone I knew to smile.

It was July 30, 1996, the beginning of “the after” that would forever follow “the before.” We all know the path — the hospital, the waiting, wishing, planning, pleading. The weeks of coma-silence (for some, for us). The hopeful explanation of recovery, the plans for rehab and for readjustment. Pills and paperwork. Searching for the new normal in a sea of inconceivable changes.

The second day at the hospital, a nurse handed me a book to help explain the inconceivable changes that were coming: When a Parent Has a Brain Injury: Sons and Daughters Speak Out.

The book, written in 1993, paraphrases it well.

The crisis of injury forced sons and daughters to grow up quickly. They became independent and self-reliant at an early age. Caring for younger siblings, preparing meals, doing laundry, and going to school often were seen as reassuring signs of coping by relatives. Yet sons and daughters recall that even while they “did the things that needed to be done,” they felt confused, alone, angry, and sad. “A repeated comment by sons and daughters was that “nobody really understood what I was going through. Once my mother (or father) came home from the hospital, everyone assumed everything was all right. Life was not ever the same again.”

Fifteen years later and I’ve suffered and survived my strange loss of innocence. I’ve come to learn how to find acceptance and love in times of adversity, in times of brain injury. In the right company, I wear it like a three-part badge: fourteen years old … severe frontal lobe … my dad.

One chance meeting with a drag queen psychic in a bar and I was able to understand fifteen years of feelings.

Can't wait to read that book of yours. My son has a TBI so I can relate somewhat. Your words were perfect!
Thank you - hearing that means a lot to me!!
It is always so difficult to know what to do when you are young I have an uncle who was never the same person but I knew I still loved him but didn't know how as a child. It was scary, confussing and a let down that he changed, which ment others had to change. I am looking forward to reading your book and pray that it gives you some direction as to where do you go from here...
so sorry for your loss, but seems like it helped mold you into a strong and amazing woman.
Thank you so much! My mother's accident was 25 years ago. I was five years old. You spoke the same feelings I've had for so many years. "The before", "the after", how everyone assumed everything was alright, and growing up fast. It is only now that I am realizing that I'm not alone. We need to help the forgotten children of brain injured parents.

Yes! My children “lost” their father (my husband) to a severe brain injury 10 years ago. He hasn’t spoken a word and has a left side paralysis and needs 24 care. My girls were 2 & 4 years old and my eldest who is now 14 struggles with debilitating anxieties, the youngest (12) has some issues that are less obvious but the pain is there. I struggle because, well the obvious reasons and he lives here at home, but because it’s so hard raising them, not knowing how to help them. While we aren’t alone it sure does feel like it because those of us living this nightmare are isolated and no one around us can understand. I too assumed everything would be ok, the girls would grow up not really knowing differently, this would be their normal but it has impacted our lives in ways I never knew (couldn’t have known), social isolation etc. I would be very interested in hearing what helped you if you would be willing to share. I need to help my girls.

Thank you so much for posting this. Currently I'm 16 but when I was three my father contracted encephalitis which lead to tissue death on three parts of his brain. He was stationed at Guantánamo Bay base in Cuba and he thought that he had a fever but turned out to be an encephalitis and when they were bringing him home they brought him in and on pressurized cabin that made his brain swell and he seized and flat-lined. One of my first memories from my childhood was running through the halls of Walter Reed Hospital in Washington DC and my mom crying when she was talking to the doctor. Growing up I have always felt like I needed to fix things and help my mother with everything. She tried to navigate bring up three kids and having to go from being a stay-at-home mom to going back to college to become a teacher. When she start dating again my friends would ask me if she was cheating on my dad or they were divorced and I had no clue what to say. I had to watch my dad go from home to home because he couldn't live with us due to the severity of his brain injury.

This article comforted me and made me see that I'm not the only one that had to navigate through a traumatic, weird, unpredictable, scenario as a child of a brain injured parent.