This Is Your Story 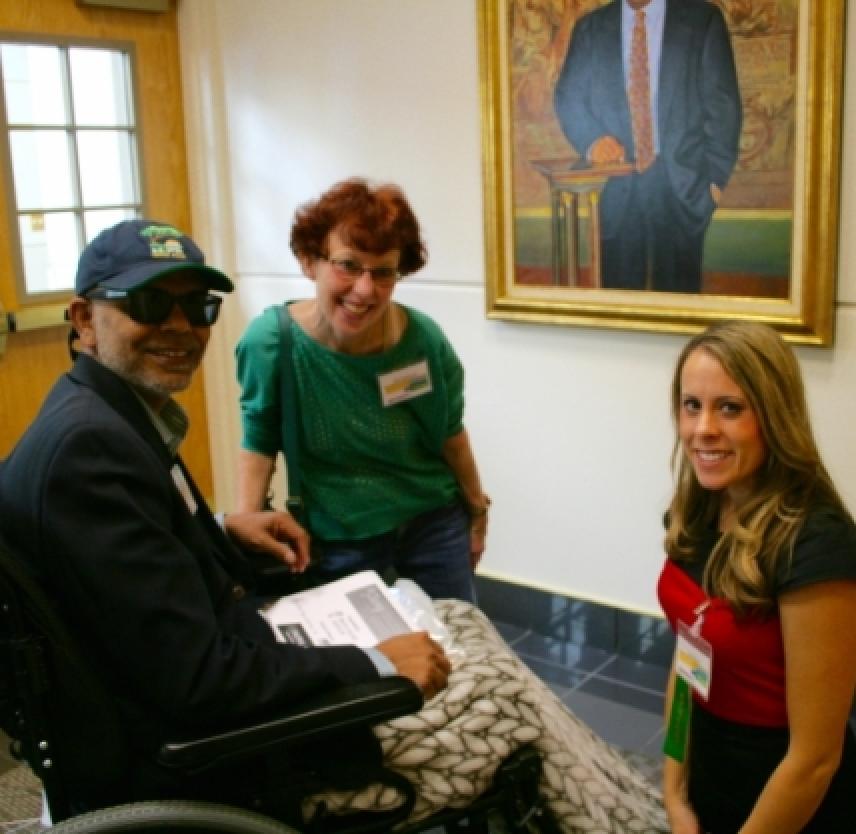 I wrote my first ever blog post eleven days after my husband TC was found beaten and brain injured in our Washington, D.C. neighborhood.

Who is this man lying in the hospital day after day? His left eye puffy, protruding from his head. His swollen skull held together by 50 staples. His right limbs tensed, unable to move. His neck invaded by a wide tube that sucks out bloody mucus so grotesque that I actually have to turn away. This man, this stranger, is my husband — the kindest, most intelligent, most caring human I have ever known. There is no one on this planet less deserving of the hell he is in.

Before sitting down and penning this post through streams of heartbroken tears, I had never blogged before. In fact, I had never even read a blog before. On that day, however, I was so overcome with grief and so overwhelmed with shock that it truly felt as if I had no option other than to encapsulate the experience with words. At the time, I didn’t understand the public and interactive nature of a blog. It was only later that day, returning to the computer after a few hours away, that I was stunned to find my words had reached the screens of thousands of readers.

What came next could not have been predicted. I continued to write. Through each moment of elated triumph and each heart-crushing disappointment, I continued to share our experience with others — building a network of readers (and friends) that I would come to rely on for strength and support, particularly during my loneliest moments.

It’s fair to say that when I sat down and opened my heart in the form of what would become my “internet journal,” I had no idea what the consequences or ripple effects of that decision would be. I never imagined it would turn into a hobby of passion, nor a comforting outlet for my pain. It was a moment of impulsivity, one that would forever change the course of my life.

Not only did I find solace in writing, I soon discovered there were other benefits to documenting our journey. Among these, it has served as a barometer to measure all the ebbs and flows we’ve experienced over the course of our brain injury journey. As many in this community know, it’s nearly impossible to gauge progress when you’re stuck in the gray fog of recovery. Through photos, videos, and my writing, TC and I have been able to pinpoint many milestones that would have otherwise been lost in the trudge. When I’m in need of a dose of perspective these days, I’ll often fish out some of these artifacts as evidence of how very far we have come since those early days.

One of the hardest things we dealt with after TC’s injury was accepting that we didn’t have 100% control over our own lives. Yes, we could plan, and we could make positive choices. But ultimately, there is an element of randomness in the universe that threatens to startle us straight out of our illusions of total self-control. After brain injury, it can feel as if your life is no longer your own. After all, it no longer resembles something of your own design. Owning our story, sharing it with others, and deciding with intention what messages to carry forward has returned a sense of control to us.

Stories are important. They connect us to one another, and they strike nerves that reach deep into the core of people’s hearts. Stories are hard to forget. After sharing ours, I was humbled to find myself on the receiving end of so many other brain injury stories. I continue to learn so much from the caregivers and survivors who share their struggles with me. I know all too well the courage and vulnerability it takes to speak honestly about the things that are hard.

Sometimes I look back at those early blogs and feel a tinge of embarrassment about how openly I wrote of those raw feelings. Part of me would rather forget that painful part of our journey. But if I had kept my struggle inside, hidden from the world, I don’t know how I ever would have healed and moved on. I had to release my experience out into the open so that I could examine it from the outside.

Whether you choose to share your brain injury story publicly or document it privately for yourself, it can be surprisingly therapeutic to seize the narrative of your life. It is an unloading of the mind and the heart — a conscious act of accepting the circumstances and acknowledging that the future will bring change. Your story belongs to you: the characters, the great climatic moment, and the search for resolution. Decide how you’ll write it, paint it, dance it, share it, and own it for yourself. You are the ultimate storyteller of this journey.

How did you start blogging for brainline? Do you have another blog?
I have loved sharing in your journey and have found it so helpful in managing my husband with TBI.

Thank you for sharing how you blogged your story. It's wonderful that you were able to record your thoughts and feelings. As a result of a car crash, my husband also sustained a TBI. I wrote our story in an inspirational book, often typing with tears in my eyes as I remembered and re-lived those dark days. Perhaps our story will encourage you and your readers as well: Penned Without Ink: Trusting God to Write Your Story (The true story of a tragic accident and one family's journey of faith) is available on Amazon.com under the above title.

Blessings to you and your family,

I kept writing things down because I could not really believe I was a head injury. But I have come such a long way that I see now. It also helped me remember all the things I must keep doing, since I still forget things that are short term. I can remember back years, events, names and odd things. But today's or one weeks I have a pickle of a time trying to even begin to guess what. So if anyone wonders, I say writing helped me because I can see progress. Yea !!!