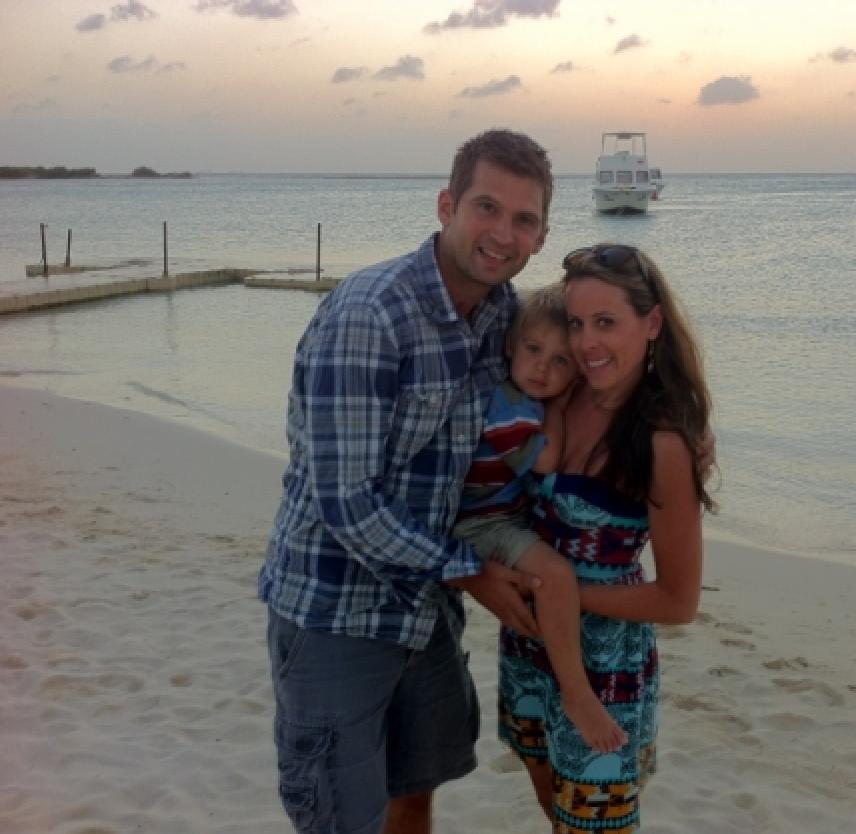 I well remember the moment I gathered enough courage to ask doctors the question that had been burning my brain since the day my husband, TC, suffered a near fatal brain injury. With my stomach in knots, I stood in the hallway of the ICU with a dear friend, who happened to be a doctor at the hospital at which TC was being treated.

“So,” I stammered nervously, “What exactly do you think he’ll be like after he gets out of here?”

And then came the phrase I would hear repeatedly over the next twelve months:

“All brain injuries are different, you know.”

All brain injuries are different. This fact seems to be one of the fundamental, unchangeable rules of brain injury. But it surely didn’t stop me from turning over every pebble in the hope of uncovering some inkling, any glimmer of insight at all, as to how TC’s injury might progress throughout his recovery.

As a caregiver, I doubt I was alone in my quest for information. Perhaps one of the most frightening aspects of any brain injury is the total uncertainty of the future. Unlike a broken leg, a ruptured appendix, or really anything from the laundry list of breakable bodily items, an injured brain comes with no set course of treatment. There is no instruction manual, no firm timeframe for how long a recovery can continue, nor any guarantee about what abilities may be restored. I’ll never forget the conversation in which I was told TC would likely survive, but in all likelihood display “a very different personality.”

In that particular moment, I was just relieved to hear the word “survive” pass the lips of a physician. I didn’t have the mental capacity to consider all the unknowns he had quickly listed. Unable to walk? Unable to talk? New personality? Possible anger or aggression? If I had been in a lesser state of shock, these warnings would have catapulted me right into a state of insanity.

As caregivers for those with a brain injury, the unknown is the realm in which we are forced to exist. It’s a world where concrete plans are impossible to make, where each morning is a fated coin toss alternating between good day and bad day, and a world in which uncertainty thrives unbridled. What I’ve come to understand, however, is that how we deal with this uncertainty is largely responsible for our happiness.

In learning to cope with this uncertainty, I’ve experimented with a number of strategies. The first is a method I call the “focus and ignore.” This strategy, while probably not effective in the long term, was my mental savior in the first few weeks of TC’s injury. During this time I learned to tune out every bit of external noise. I thought very rarely about the future and tried instead to stay solely in the present moment, in TC’s tiny hospital room, in our tiny world. Twenty months later, there are still times in which I need to focus and ignore in order to get through a rough hour or brutal day.

The second strategy in which I immersed myself was to “research and compare.” I believed that by scouring the Internet and reading every brain injury text, I would somehow come across that elusive chapter titled, “Things TC will be able and unable to do one year from now.” As it turns out, the only person who could write that chapter was TC himself. And not for a year! In the meantime, I tortured myself with survivor stories that either made me terrified or guiltily envious. If I read about someone with a truly catastrophic injury whose recovery was slow and arduous, I felt panicked for our future and depressed. But if I read about someone with a similar injury whose recovery was more impressive than TC’s, I felt equally doomed, wondering why his progress was slower or less dramatic than whomever I was reading about. While my inner voice would scream at me to stop making comparisons, I couldn’t stop. Examining the lives of other families with TBI was the only way I could understand my own.

As TC regained more and more functioning, a new form of uncertainty began to breed. I started to think far, far into the future, questioning whether after all our backbreaking work, I might lose my husband to early dementia, a bad fall, or some other long-term consequence of brain injury. These thoughts ate me alive. I’d nearly lost him once. How could I make it through the next few decades knowing I might lose him again? As these fears abounded, I knew it was time to stop and reset my mental dialogue. Yes, all of these terrible things could happen, and more than likely, a few bad things will happen in the future. But was there really anything I could do about it at the present moment?

As it turns out, indeed, there was. I could begin by asking myself one simple question: “What is good about right now?” Within the right now, there is generally more than a few good things to which we can direct our attention. The good could be as simple as a great meal or a long nap on the couch. I found good as I looked at the walls of our apartment, feeling divinely blessed just to have kept our home throughout all the chaos. There is abundant good in the moments witnessing Jack interact with his dad, completely oblivious to the injury TC sustained. There’s even good in watching Jack gently run his fingers along TC’s scars, retelling his empathetic version of how “Daddy got a boo-boo.” As I wipe the beads of sweat off my forehead during a tough yoga class, I am overwhelmed with feelings of goodness and a deep appreciation for an hour alone. The good is in the little stuff, but there’s a lot of it to be enjoyed when I just give myself permission.

For a long time after TC was injured, I let myself believe that we’d never be really happy again, at least not to the extent we were before. As I understood it, uncertainty and happiness just couldn’t co-exist. But dissecting and eventually vanquishing that dangerous assumption has been one of the most liberating accomplishments in my life as a caregiver. Our life is terribly uncertain, but it is filled with happiness. And for as long as I remember to stop and ask myself, “What is good about right now?” I’m fairly certain the uncertainty will manage itself.

Though we are 32 hours apart by plane, as i live in Indonesia, you are writing 95% of my feeling on this article. Yes living in the "present" is my coping mechanism too for almost 2 years, but lately it's power seemed to fade.

My calling is in counseling and when i use the tools that i learnt to diagnose myself, my situation now is "burnt out" to the max!  Depression swings by so often, yet by God's grace i still am able to keep it off and preventing myself from getting sucked into deeper depression.

Yet i know i need more than this...i even need medications myself to keep myself and my family (my husband, my 9 and 11 y.o. sons as a "healthy normal" family) functioning. The death of the famous Robin Williams is also a good reminder for me to look at this matter seriously, cos in the end if i am down, who's going to take care of them?

i have been running on adrenalin for almost 2 years and now feeling the pang of "ambiguous loss" , anger at this crazy situation while trying to live with the "new normal" of our family.

Unlike in the US or other developed countries, Indonesia doesn't have any TBI center or rehab center, everything has to be organized and run by the family that's affected by the TBI.   Let alone finding support group for caregivers, it's unheard of, and caregivers are taken for granted in so many extreme ways.

honestly, i never know how confused, frightening and hopeless a caregiver could feel until now when i am one of them.  i want to make changes to improve this current state, but things seemed to be 2 steps forward and 3 steps back.  With no certainty, abnormal expectations from the in-laws, pressure to raise my boys to be healthy men mentally, spiritually and physically.......live is VERY HARD!

But i want to end with a positive thankful note for your honesty and willingness in sharing your pain and joy Abby....i wish there is something like this in my country...for there are many TBI effected families here too.

Please keep doing what you are doing now....you never know how many lives you have brought comfort to, so they can have the courage to face another "unpredictable day" and put one foot in front of the other.

Thank you from Surabaya, Indonesia. Pastor Peodji and Linda.  Will remember you in our prayers.