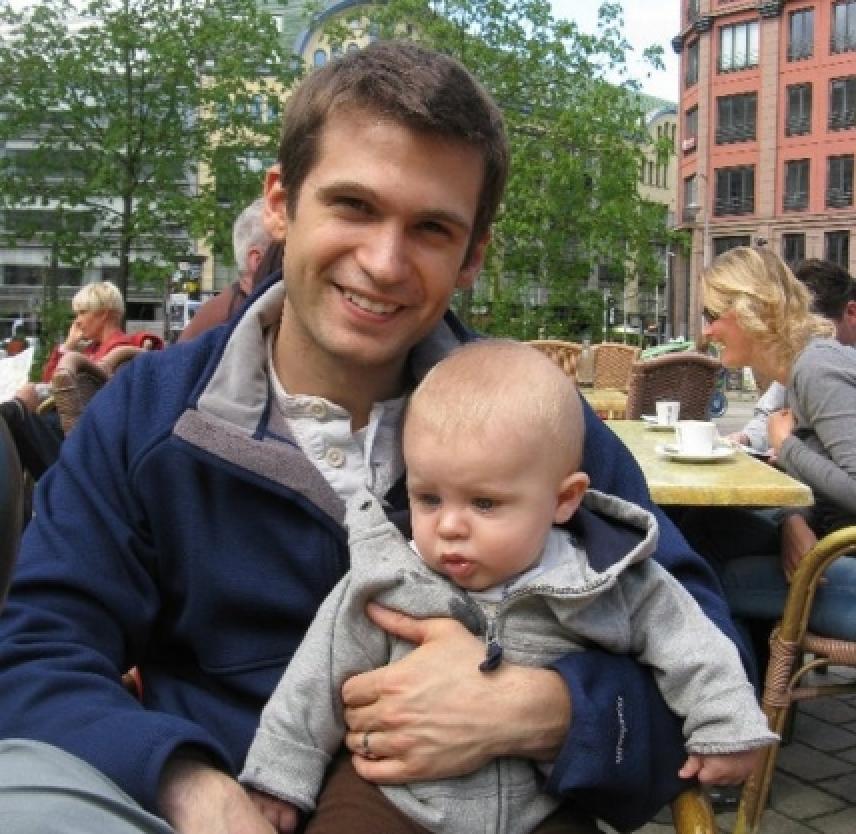 Let me be honest for a moment and state unequivocally: this is not the life I had planned for myself. From my vantage point as a wife and caregiver nearly three and a half years post-TBI, I can express with sincerity my gratitude for the life I’m living and for my husband’s second chance at life. But it does not change the fact that the foundational elements of our existence suffered a tremendous shift the evening TC was assaulted by a group of strangers and left for dead.

Grief is a complicated process, particularly in the case of TBI when it takes the form of ambiguous grief. Quite obviously there hasn’t been a real death, yet we find ourselves cloaked in a profound sense of loss, one that is enormously difficult to articulate to others. For as isolated as I’ve felt at times since my husband’s injury, however, I’ve also found myself surprised by the number of non-TBI families who seem to genuinely empathize with our experience. In responding to notes and Facebook messages over the years, I’ve wondered, “Why do our circumstances resonate so deeply with others? What is it about brain injury that strikes a chord with those who have never experienced it?”

There’s a popular meme going around at the moment that reads, “Be kind. For everyone you meet is fighting a battle you know nothing about,” and I believe the answer lies, in part, on these words. Before my family was met with our own challenges, we knew plenty of people who had battled their own trials: folks coping with unexpected loss, chronic illness, or learning to raise kids with severe special needs. While I knew loss played a role in each of these experiences, I couldn’t define an underlying thread that connected these many different types of hardship. But as the reality of TC’s injury began to penetrate in the weeks immediately after, I found myself struggling with something common to many experiences with loss: the grief of our future.

I call this process the death of dreams because it really is nothing short of a fatal ending. Consciously or not, we humans are pretty adept at creating detailed pictures in our minds about how we expect things to go in our lives. If sailing has been pretty smooth for the bulk of your existence (as mine had), you probably envision your future to go as smoothly too. The timing of my husband’s injury felt harsh and unfair. We had barely hit our 30th birthdays (in fact, TC was a few weeks shy) and we were brand new parents, still at the phase of marveling over Jack’s every movement, totally confident that our son’s perfection was directly tied to our awesome parenting skills (oh, to be a new parent again!). TC was a rising star in the renewable energy field; a career for which he had so much genuine passion he claimed it never felt like a job. I was a teacher, had a wide network of friends, and a sense of contentment with life. It seemed things would continue on that trajectory forever, simply because we willed them that way. In short, I was supremely naïve, a card-carrying member of the “It can’t happen to me” club and intent on keeping it that way.

The concept of loss casts a wide net, and it’s a process that takes place in three dimensions of time: the past, the present, and the future. To ease the absence of someone or something in the present, we often rely on those memories from the past to keep that connection alive. I remember many nights sitting on the couch alone as TC’s body restored itself through endless hours of sleep. I would pull up old photographs and home videos, trying to taste and hold onto that life force we once embodied.

But less commonly did I share my grief and remorse over the future: the life we might have had, the dreams we were trying to fulfill until fate stepped in and made those dreams obsolete and impractical. It takes effort, strength, and a lot of time to untangle oneself from those images of the future. As I grieved the opportunities we were less likely to receive, and the childhood experience we hoped we could give to Jack, I realized that there are many others who find themselves in this difficult position: the mother of a child with autism who has learned to redefine that notion of connectedness; the grieving widower who never imagined traveling through old age alone; the world traveler, now confined to a wheelchair.

Learning to bury our dreams and create new ones is painful and slow-going, but it’s not a process exclusive to brain injury. There are others who may understand the specificity of this type of grief and the struggle we face in accepting the new parameters of our lives. It’s the loss not of who we used to be, but of who we imagined ourselves to be in the future. Letting go of those dreams is inextricably tied to acceptance and, eventually, to finding the courage to forge forward without a roadmap for guidance.

The life I have today is not the life I planned, but I take pride in how it has evolved and our willingness to explore the complexity, depth, and even sadness that accompanies it. I see now that our experience with grief has been multi-layered but certainly not unique, and this realization has been a helpful reminder to stay kind to others as they fight their own silent battles.

Wow! What an Excellent writer! Every therapist and counsler should read this article and then they should share it with every patient of theirs! It is the most insightful article about grief I have ever read! I somehow feel that I am not alone when I read it. Thank you so very much for sharing your story.

Thank you so much for your insight. I am facing the same TBI with my daughter, we are into it day 23. Please keep your words coming, they are very helpful.

Very thought provoking Abby. We often get so lost in our own grief that we (or at least I) forget that others have heavy burdens to bear as well. Thank you, as always, for so beautifully sharing your heart.

Wow what a great article. Your insight is so helpful as my husband is 3 wks post severe TBI. I am just starting to realize the ramifications this will have on our lives.

As a woman currently struggling with redefining my own future as a result of my TBI, this story resonates with me. I have had to learn to accept that I cannot take my girls ice skating or go down the hill as a family of four on our 6 foot toboggan (with 3 feet of snow on the ground, these are things I am missing today), as well as a plethora of other things. The loss of dreams is not just my own, but that of my husband and my children. Each time I think I have come to terms with that, I breakdown with the grief of losing that part of our lives. It is an ongoing struggle. Thank you for sharing your story.

Wow, I so identify with this article! Thanks!

I understand your grief. I've had several losses and my son has TBI. I've learned to appreciate each day as the gift it is no matter how difficult.