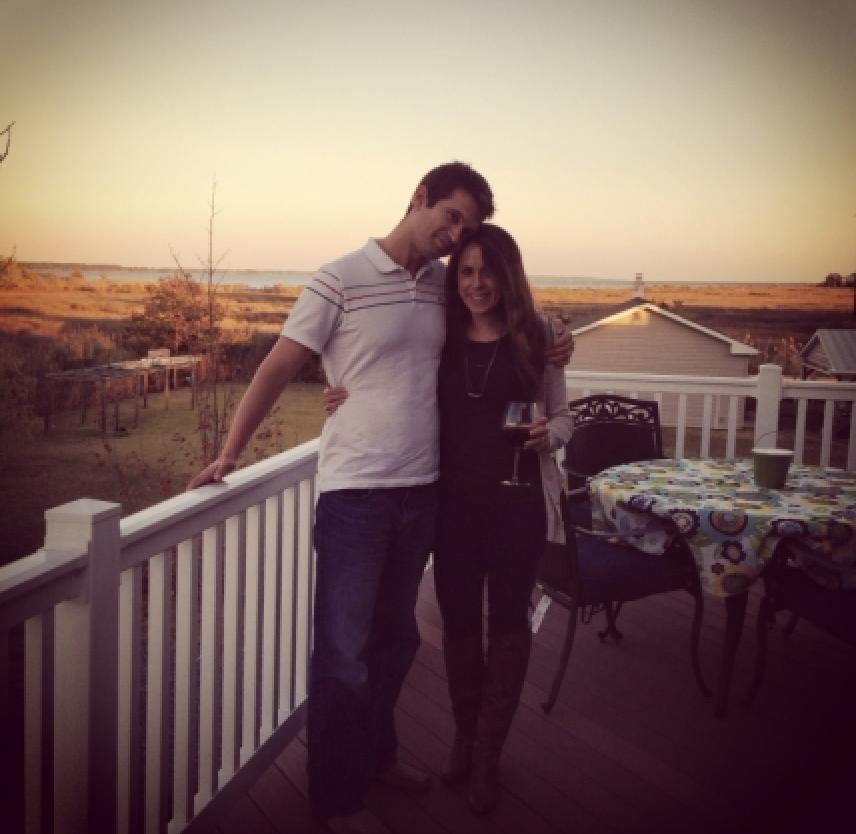 Last week, stomach in knots, eager to distract myself once again from matters outside of my control, I watched as my husband dressed himself for his first day of work in more than two years.

The possibility that TC might ever return to his job as a director at a global renewable energy firm was always slim, if not extremely improbable. In the weeks following his severe left-sided TBI, I worried constantly about how to relay the truth about his condition to his employer. The reality was he was not just injured. He was incapacitated — his language nearly demolished. He didn’t know my name, let alone his own some days, and it wasn’t clear whether he would ever regain his ability to walk or speak. At that point in his recovery, it was very tempting to subscribe to the old adage — all is lost.

But I had known my husband too long. We met just after college at the age of 22, when most folks are just scrambling to piece together an adult identity. Not TC. He was always sure of who he was and where he was going. Growing up without a lot of resources made TC focused from a young age. There was no doubt he was going to make something of himself. He was dead set on being the type of man who could provide for his family.

Work meant more to TC than I realized. As an elementary school teacher, I enjoy my job, but I rarely define myself by it. In the year following TC’s injury, when I was forced to take a yearlong absence, there was no part of me that nagged, “You’re worthless without a job!” But those were the very thoughts eating at TC.

At that point in time, I had a new purpose in life: helping TC to climb the mountain toward the biggest, most important dream in his life — returning to work. This was a daunting goal for us both. Even though I was constantly reading about brain injury and making as many contacts in the community as I could, I still didn’t have a clear sense of what the transition back to work looked like for most TBI survivors. Additionally, I didn’t really understand the nuances of TC’s former job responsibilities. I knew it involved public speaking and quite a lot of mathematical modeling, but beyond that, I was lost as to what specific skills he would need to regain in order to return to the same career.

What happened next was our very best effort at finding purpose in the wreckage of our lives. We sat side-by-side and created a flow chart, one that broke down each of the responsibilities of his job into its basic foundational skills. It was a bottom-up approach to help TC grow toward his goal. I was energized about the work ahead, but I was also deeply fearful. I was concerned we were setting ourselves up for failure by setting such a lofty goal. I was worried TC would never accept his disabilities if his eyes were focused solely on recreating the life he once had. I feared the crushing disappointment he would experience if forced to acknowledge he was no longer employable.

For many months, I felt like a mother watching football practice from the bleachers, rooting so hard for my kid that my insides began to take the shape of a clenched fist. Every time TC got knocked down, I had to bite my tongue from shouting, “It’s OK! You don’t have to do this!” The truth was I wanted this goal for him maybe as much as he wanted it for himself, but I recognized our happiness was more important. We would have to work toward the dream without any kind of attachment to the result.

It gave me great purpose to be TC’s cheerleader that first year because I knew how badly he needed one. He needed someone to recognize the accomplishment of each baby step. He needed the constant reassurance that he was still worth something on this planet, even if he never made another ounce of progress. We worked hard together that year, with me alternating between the roles of therapist, chauffer, teacher, and caregiver. But then, one day, after he had grown strong enough, he drew the line.

Going back to work was his goal, his life purpose and there was no way he was going to achieve it with me as a crutch. He was ready to handle his own business, even if it meant there would be mishaps and miscommunication. In short, I was politely, but firmly, uninvited from his team.

I was offended at first, but shortly thereafter I began to understand his perspective. I had served my purpose in this mission. I had picked us off the floor and dusted us off. I had tied up all the loose ends of our finances and day-to-day survival, and most importantly, I had connected TC to the resources he needed to keep making progress. I was done now. But I wondered anxiously how he would navigate the next big leap.

Returning to work is really TC’s story. He’s the one who has spent the past two years making this dream a reality. I can offer only the following advice based on my observations of his path there.

I may be officially released from many of my former caregiver duties, but I don’t know if I’ll ever shake the feeling that I’m simply just waiting in the wings, ready for my next assignment. I couldn’t be happier for TC and the realization of this monumental goal, but I recognize also that there is no such thing as a destination in post-TBI life. In other words, we have not arrived. Ideally, this transition will go smoothly, but realistically, it’s wise to expect hiccups. The challenges that come next are significant and will undoubtedly afford us renewed purpose for the future.

It’s impossible to say how we’d both be feeling if returning to work had never been a viable option. It seems to me that there is a costly mistake in linking our abilities to our sense of identity. We have to learn to love ourselves for who we are at our core, not necessarily, the things that we can do. Because if we can’t, we’ll never be able to make peace with the circumstances outside our control. What I find beautiful about TC’s recovery is not this latest milestone, but the resilience that has motored him forward for the past two years.

One constant from your husband's pre-injury days is that he remains a formidable person powering through obstacles, rising to the occasion of ones much more difficult than what he encountered in childhood.

I am 3 years post TBI.  I define myself by my accomplishments...which have not been much since brain surgery.  It sounds like you are a wonderful support, and wise from your experience.  Thank you for sharing your story.

You should not make us cry at work good job MaslinsðŸ˜‚

Hooray what a sucess story, Going back to the work he loves.

My son is41/2 yr post injury, he worked in a very demanding physical job, had to be quick to act, which he isnt anymore. he can not go back but has worked in outdoor jobs parttime Gardener,/ grounds work. and wants to find more ass his is comming to a close. I pray he feels confident to continue to look and explore his possibilities with us his family to support him.

Thank you for the great read.  TC is truly an inspiration to have come so far!  I am a TBI survivor and TOMORROW (11.25.14) is my first day back on the job in exactly 16 months.  I am inspired by your story and I wish TC success in his transition back to work. You're a wonderful care giver.  Best to the both of you. -Brandon Blake