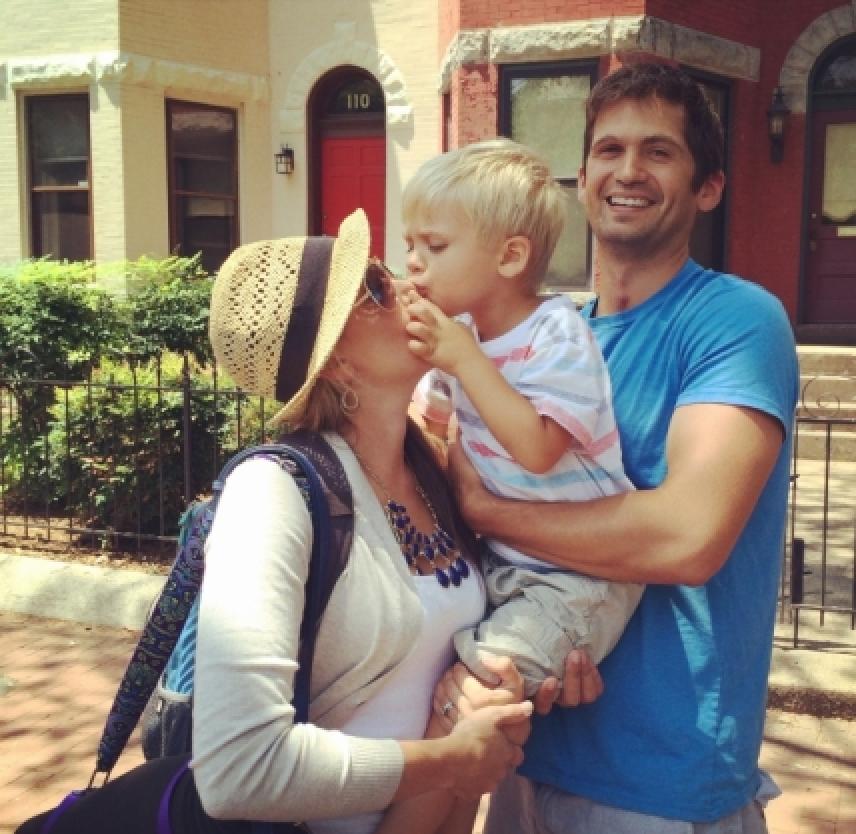 August marks the New Year in our home. Not only does it correspond with the beginning of the new school year and the preparation of returning to the classroom with a new group of students, it is the month of our wedding anniversary (this year marks our fifth). And, perhaps most significantly, August marks exactly two years since my husband, TC, was left with a severe left-sided brain injury following a brutal assault.

For the past two years, August 18 has existed in my head as the day our new life started — the day denoting the shift from the previous path we were on to our current path. But, truthfully, I’ve always resented the power connected to this day. August 18 isn’t the day TC and I intentionally sat down and decided to change the course of our existence. It’s just a random day, the day three young men decided to rob and attack someone. We didn’t choose this milestone, this restart date, yet it’s attached to such meaning.

I’ve been thinking a lot about attachment over the past seven days. It was just a week ago that I arrived to the small island of Santorini, one of Aegean Islands off the coast of Greece. I’m here for three weeks, earning my yoga instructor certification with an incredible group of 23 women from all over the planet. There was something intuitive about the timing of this training, so perfectly aligned with the end of the school year and following a period of great stress. After two years of caregiving and the loss of my father, I needed a serious restart of my own. Instead of letting August 18 serve as the divide between the past and the future, I would choose my new beginning. And I chose to begin in Santorini.

In yoga, there is much discussion about our attachment to things, not just material items, but rather our attachment to ideas and beliefs. Before TC was injured, I was very much attached to the idea of having a second child, of moving outside of the city, and being a stay-at-home mom. When life unfolded in such a dramatically different way, it took a long time to unattach myself to that vision and to begin envisioning a new future. As time went on, this process became easier and I even began to feel excited about possibilities and opportunities that I never would have pursued before. But within me, there has still been a very deep presence, an attachment to something I haven’t been quite ready to let go of. It’s my attachment to the old TC — the one I married, the one I met at 22-years-old, the TC that played guitar and loved soccer and would read the entire newspaper in one sitting.

Just as grief is a natural response to death, attachment, too, seems to be an expected reaction in a situation such as brain injury. In fact, this attachment to my husband as he used to be has served our family quite well in some ways. Immediately following TC’s injury, I went right to work trying to restore him to his old self, reminding him of his habits, his likes and dislikes, his former perspectives on life and the world. This mission gave me purpose and I’d like to think it contributed, at least a small way, to the extraordinary recovery he has made.

However, it’s also been detrimental. My refusal to let go of my mind’s image of the former TC has been stifling in our relationship. During tough moments, he has turned to me and said, “You just want me to be exactly like I was before. Everyone just wants the old TC.” He’s right. I have wanted that. Even though I have reflected endlessly, stretched myself mentally, and claimed “acceptance of the situation” on several occasions, I did want the old TC back. And part of me probably still does. But it’s time to let go. I see now that I can’t fully embrace this new, inspiring version of my husband until I am ready to make peace with the parts of him that are gone.

As caregivers we try so hard to assist in our loved one’s recoveries. It’s hard to acknowledge sometimes that our best intentions can be overridden by our inner grief. Holding on to and preserving this image of my former husband hasn’t allowed TC to fully and confidently step into his new identity. But if I can learn to look back with joy and appreciation and not with longing, I feel certain that what we will create from this point forward will be magical in its own right. Survivors of brain injury deserve our support for an infinite number of reasons, but one way we can more meaningfully show our care is by accepting people fully in their present identities, just the way they are. TC continues to have goals for his therapy, just as I clearly have my own personal goals. Through yoga, and the reflective process it requires, I am learning to recognize the power of attachment and the liberation that comes only through abandoning the attachments that no longer serve us. Grief is a multilayered, complicated process, but there is such beauty in the exhalation of letting go.

I started practicing yoga about ten years after suffering a severe TBI when was hit by a semi-truck, and three years after that I got my teacher certification.

I started with the sole intention of improving my balance, after about two years I realized that I hadn't lost my temper for a long time. Now I believe the biggest benefit out of the many, is the mental discipline.