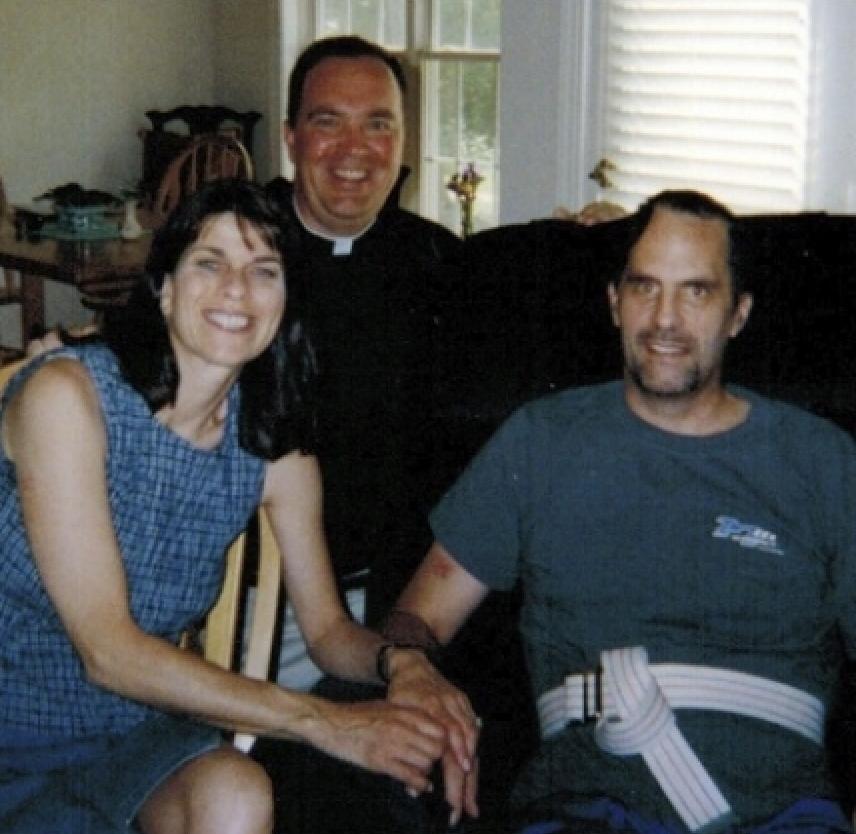 I recently read an article by Amber Rae called "6 Simple Rituals to Reach Your Potential Every Day." Her article describes two people and how they approach their everyday life. One uses rituals, the other works non-stop, crams, and often winds up stressed. One quote in the article by Mike Del Ponte stuck with me: "Every day I need physical energy, mental clarity, and emotional balance to tackle everything that comes my way. Self-care is the secret to performing at the highest level."

Wow. This is a leadership article, but it speaks volumes to caregivers and people with TBI.

Rituals can be simple, as simple as taking your vitamins every single morning with a full glass of water. It dawned on me that over the course of the first two years after Hugh’s TBI, I read a few passages from the book, The Power of Now, every night before turning out the light to sleep. I didn’t think of it as a ritual back then, but it was. I needed to be grounded in the present, to stop worrying about the future, and this ritual helped.

Another kind of spiritual ritual helped our relationship and gave our whole family a sense of peace. Two months after Hugh’s crash, our minister came to the house and re-married us. Hugh and I renewed our wedding vows with our two daughters as witnesses. At that informal ceremony in our living room, I placed the ring that had been cut off Hugh’s finger at the accident scene back on his hand. This ceremony cemented our commitment to one another from that point forward, marking a new beginning, even after 24-years of marriage. It also represented stability in a very unstable time.

TBI is certainly a situation that often makes family members feel a loss of control. As Hugh began to make progress and as he returned to physical activity, he used rituals to motivate himself. Whenever we would go for a walk, he insisted we walk all the way to Broad Street and tap the end of the sidewalk with our toe as a marker for the two-mile distance it represented. As his athletic tenacity kicked back in, he repeated a mantra day after day, “If it’s to be, it’s up to me.” Saying this before attempting a difficult task gave him the resolve he needed to keep trying, even when he failed at something over and over. That determination led to his ultimate success. Had he given up, he may not have known what he was truly capable of achieving.

An article from Scientific American entitled "Why Rituals Work," states: "Superstitious rituals enhanced people’s confidence in their abilities, motivated greater effort — and improved subsequent performance. These findings are consistent with research in sport psychology demonstrating the performance benefits of pre-performance routines, from improving attention and execution to increasing emotional stability and confidence."

The author is talking about athletes who repeat the same actions immediately before every race or game for good luck. Here’s one superstitious ritual I now perform for my own emotional stability. Each time Hugh leaves the house for a bike ride, I make sure to kiss him good-bye because on the day he was hit by a car back in 2002, I never kissed him good-bye. My kiss is a prayer, it’s a blessing, and somehow — in my mind — I know it will keep him safe.

Rituals can help both caregivers and people with brain injury cope with grief, build confidence, and improve performance. What rituals have helped you?

Thanks I really needed that today. Finally going home tommorrow after having my mom take care if me for the past 4 weeks after my injury... Was in hospital for 3 days then right to moms. I think I'm ready to go home by the way I'm married,55 yrs old yeah my husband works a lot of hours . my mom is worried I won't eat as she has been preparing all my meals and I eat but have no appetite(didn't have much of an appetite before injury) and I also loss sense of smell so can't taste anything, and I get very depressed and she's afraid I won't take care of my self and to be honest I was wondering how I was gonna too, but after reading your post, I know what I need to do now...start a routine, and more importantly stick to it!! Thank you so much for sharing :)
This is absolutely beautiful. I love and admire your care and commitment. You are an example to us all.