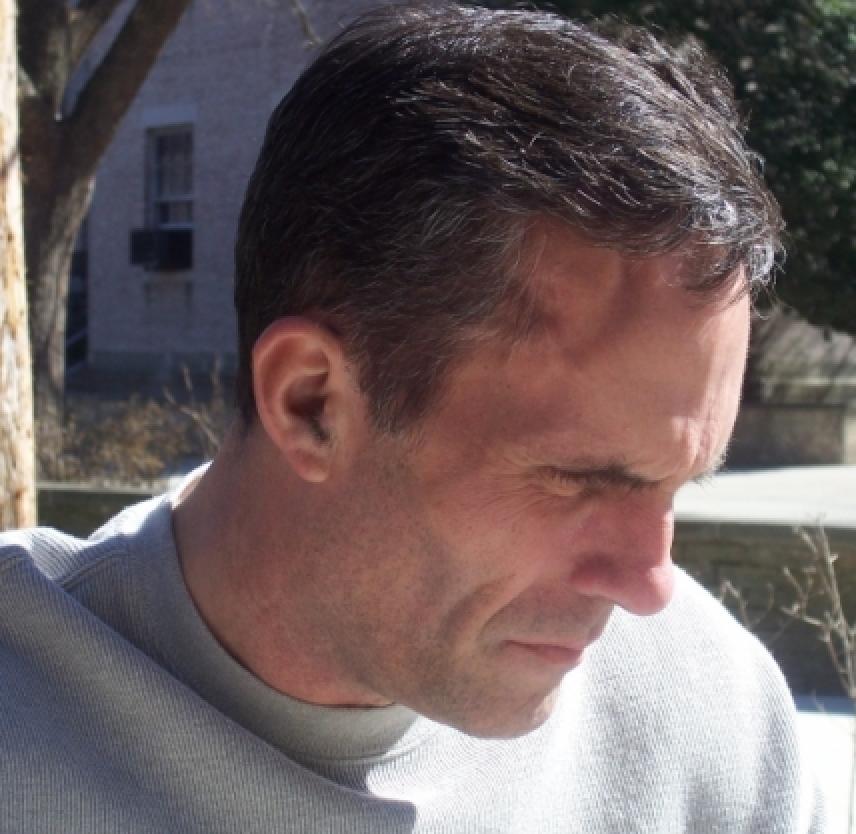 At first I thought he was joking, but Hugh didn’t joke much in the weeks and months following his brain injury. I looked across the breakfast table and saw his left cheek puff out, seemingly full of food, but he was taking another big bite of his French toast. He gagged and looked down at his plate confused, opened his mouth, and food fell out.

“What are you doing?” I asked.

“Nothing,” he said, deadpan.

“Are you okay?” He spit more food out and made a sour face.

“Something was in my mouth.” The food he spit out was old food, not what he was just eating. Our eyes met as we both said, “Ew!”

The next morning, I talked to his occupational therapist. “He’s pocketing,” she said. “It’s part of his left neglect.”

Hugh’s therapist explained that Hugh didn’t realize there was food in the left side of his mouth, and that’s why it kept building up. As his caregiver, I was instructed to continually encourage him to check his mouth with a finger swipe or a push to his left cheek when he collected food on that side. Food left in the mouth is a breeding ground for bacteria, and may cause choking when a person is sleeping.

When we had company, Hugh’s unpredictable eating habits sometimes led to embarrassing moments. One time, Hugh’s manager from work visited for lunch and Hugh launched a piece of pizza at him straight from his throat. “You didn’t have to go spit your pizza at me!” his boss joked, trying to make light of the situation. But I was mortified. I was trapped in my phase of pretending to the world that everything was just hunky-dory and we were all going to be fine just as soon as my husband made a miraculous comeback.

Brain injury frequently affects the skilled coordination of the nerves and 26 different muscles in the neck and esophagus that are used during the normal swallowing process. A set of symptoms can result, called dysphagia.1

As strange as pocketing seemed, left neglect was even harder for me to wrap my head around. Hugh didn’t notice things on his left. He would bang into walls or doorways, and sported semi-permanent black and blue on his left elbow. “Ow!” I’d hear, and he’d grunt at the offending wall or door as if to say, “Thanks for popping up out of nowhere!”

Once, when I took him to look at cars at a dealership, he really banged his arm up staggering between rows of vehicles. I think he whacked every side-view mirror on his left side that day. People stared, and more than a few looked at him sideways as if he had no right to be there. Was I embarrassed? Sometimes. But mostly, I was indignant. Hugh’s disability opened my eyes to the harsh treatment many people receive from the general public when they don’t appear normal. People make assumptions, and they are often wrong headed.

With time and consistent reminding, Hugh overcame his pocketing problem and his left neglect. But I never overcame my fascination with the human brain and all the ways it makes us wacky, wobbly, and uniquely wonderful.

Patients with right hemisphere damage often show signs of left unilateral neglect, an inability to take into account information coming from the left side of space. People with neglect do not eat from the left part of their dish, they bump with their wheelchair into obstacles situated on their left, and when questioned from the left side they may either fail to answer or respond to a right-sided bystander. 2

Thank you for publishing this article. Learning about the residual results of brain injury is opening up an area that I took for granted all my life, and providing an explanation for many issues I took for granted--I felt so guilty for everything I failed at, rather than appreciating how I learned to compensate, at a cost. I'm sure I did "oddball symptoms" for which I was unaware, or am still unaware. As mentioned above, we live in a world of judgment. But I survived, live in a safe place, and however disabled, I still hope for a productive life.
Does this also count for problems with looking in mirrors, I just can't figure out what side is what. Its gotten even weirder since i started cutting my own bangs- I just kinda take a breath and hope I'm cutting the correct side. I have a tremor on my left side so I do most stuff with my right hand. It really upsets me when it comes out?? I'm not sure why.
You're right about people and their impromptu judgements of people who are challenged in one way or another. I probably used to be one of those judgemental people, when I was young, but became a challenged person and am grateful to know another side of life. People do stare, make fun, and sometimes get angry - it's just because they don't understand. They fear the unknown and it comes out in weird ways. Thank you for this article, it was very interesting. I'm very glad your husband overcame pocketing and left neglect.