The Father He Always Was 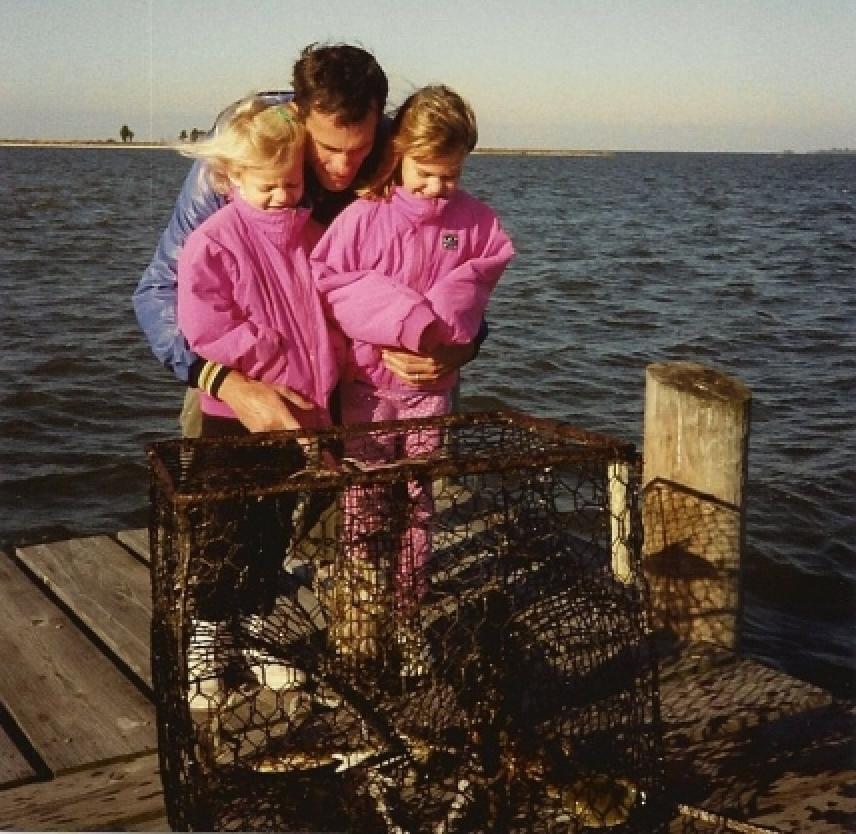 The man I married on July 1, 1978 promised to love, honor, and cherish me always. We were barely adults, age 22, when we recited those vows to one another. Growing up an only child, Hugh was hesitant about starting a family. He had never taken care of a baby and thought maybe the whole thing was overrated — all that work, all that responsibility. “Besides,” he said, “most babies are ugly and cry all the time.” We put things off until we saved up some money and bought our first house, and in the meantime, we had a lot of fun skiing in the Green Mountains of Vermont. Then, one night in 1987, I cooked a special dinner, lit two candles, and told Hugh we were expecting our first baby. He was thrilled.

I never felt more cherished by Hugh than when I was pregnant. He was loving, protective, and attentive. My father could not understand why he wanted to keep his hand on my belly all the time. At three months, I developed complications. My AFP blood test came back too high. I immediately consulted the pregnancy handbook I had bought to read up on this test. At the ultrasound appointment, Hugh paced the room, sweating. The technician silently rubbed the transducer around my already large, gelled-up belly looking for the problem. “Did anyone tell you what could cause this blood test to come back positive?” she asked.

“Spina Bifida?” I whispered, turning my head to the side.

“No,” she answered. “Guess again.” Tears welled in my eyes.

“I read somewhere that it could be twins, but they don’t run in our family,” I guessed.

“That’s it!” she yelled, clearly relieved that I mentioned it. Hugh squeezed my shoulders. We both nearly fell through the floor. With that, she showed us two tiny babies. “Nothing to worry about now, except you’ll need another crib and a whole lot of stuff!” she laughed.

From that moment on, Hugh was a father. He doted on me, helped me design a nursery, and bought me an antique rocking chair. The first time he held Mary and Anna he said to me, “Most babies are so ugly, but these girls are so beautiful, and I’m not just saying that because they’re mine.” Classic case of father-vision. He fell in love. Deeply in love.

Hugh taught the girls how to walk, to ride a bike, to swim and surf. When a car struck him just days after their fourteenth birthday, he slept in a coma after two emergency brain surgeries in three days. One word woke him up: Daddy.

At a time of life when two girls could have rebelled and shrugged off their parents, Anna and Mary rallied. They cooperated with their new roles in the family while encouraging Hugh through his grueling rehabilitation. Eventually, Hugh grew stronger in every way, and continued being their father. He taught his two girls how to drive, how to find their way home if they got lost in the car, and how to change a flat tire. He “drove donuts” with them in the snow (Hugh’s expression for teaching someone to drive a car in snow and how to go with the skid), and moved them in and out of colleges. But most of all, he taught them (by showing them) that they could overcome anything that may throw them off course in their lives as long as they had a strong will and a whole lot of love.

This gives me hope as we struggle through brain injury. And it's a beautiful reminder of what an amazing father can do and be to his girls! What an inspirational story and family!
Hero/Husband/Father/Friend! Your story brings a tear (lets say a full fledged cry) to my eyes and a twitch to my steps. You have an amazing family, wife and children and I can completely understand your fight and desire to "come back" to these wonderful people in your life. As life changes in an instant and you can never "get it back" the way it was, you can work towards a new adventure in your life. I wish you and your family the very best and that you find solace in your new adventures. Be well - another TBI survivor "Buster McGee" on facebook!!
What a moving story so beautifully written. Life teaches us so much even in the midst of tragedy. I am so looking forward to reading the book. Maureen Weeden