March Is Brain Injury Awareness Month, But What Does That Mean? 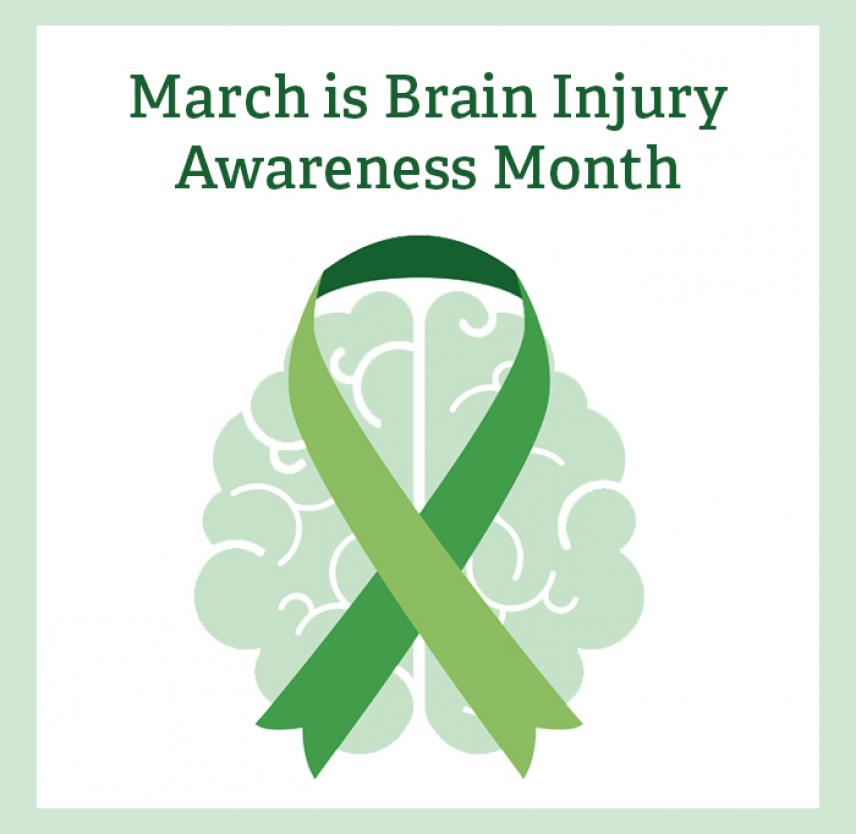 What’s in a Name? That Which We Call a Caregiver Still Counts ...
Finding my Motivation, Holiday Edition
The Curse of an Attitude of Gratitude
I Almost Died Giving Birth: How I Process My Maternal Trauma
Suicide Is Not a Bad Word … Don’t Be Afraid to Talk About Suicidal Ideation

Once you sustain a brain injury, or know someone who is injured, how can you NOT be aware?

I am a big fan of comedian John Hodgman and his book, The Areas of My Expertise. In the subsequent audio book, he had callouts — spoken in his warm tenor voice — of satirical factoids like, “Were you aware of it?” I keep thinking about brain injury awareness month in that same regard.

Were you aware of it?

Yes, I am aware of traumatic brain injury (TBI). I am also aware of acquired brain injury (ABI). I have family members and friends with both. But I didn’t start that way. I had to learn over the years what certain symptoms looked like and how severe each meant in terms of possible damage. I learned when we need to visit the emergency room. And I learned when to give what I call “brain breaks” or down time for anything particularly emotionally or cognitively challenging. For example, taxes always take my husband and me twice the time I think should be spent on such a task. We know from experience that we have to prepare for down time and interruptions.

Pro tip: Brain breaks are helpful for everyone, not just those with brain injury. If you ever feel overwhelmed, take a break from using your brain! If you are able, take a walk or play with your pet, drink some water, breathe deeply. Brain breaks don’t need to be lengthy, a mere 5-10 minutes will do, just enough time to not think.

My stepson and father both have hydrocephalus, colloquially called water on the brain, an excess of cerebrospinal fluid (CSF) in the ventricles in the brain. While not considered a brain injury, hydrocephalus is often caused by head injury or trauma. Both have shunts which drain the excess CSF away from the brain. My stepson got his before I ever met him. My father didn’t get his shunt until he was 76 years old. Once he was home, post-op, we started monitoring him and I was able to recognize that he was not well. He was dizzy, falling, and slurring his words. He was also having trouble understanding simple questions. He needed his shunt adjusted ASAP. They had overcompensated for his height and it was draining too much fluid. Now that it is set properly, he is doing much better. My stepson had similar issues when he was a teenager when his hormones and growth spurts affected his hardware. I knew the signs. Would I have been so adamant that something was wrong with Dad if I hadn’t already experienced it with my stepson? I like to think so but I don’t know.

If you are anything like me, when you or your loved one are first given a diagnosis, you research. There is so much information available online, it can be overwhelming or frustrating to know which is accurate, but I find research helpful in being able to report or advocate to doctors for both myself and my loved ones. With research and guidance from doctors, we started to realize that certain symptoms can be attributed directly to previous brain injuries. Treating the brain injury first made a huge difference! Treatments could be as simple as basic self-care like drinking water and eating a healthy diet, or more intense treatments like cognitive behavioral therapy (CBT), memory strategies, physical therapy, yoga, meditation, and more. What was mind boggling was how much better our bodies felt when we started caring for our brain.

Were you aware of it? (“It” being brain injury and all that can come with it …)

I was not aware until I had experienced it firsthand. I did not realize the toll brain injury can have on you and your family until living through it. I am here to tell you, if you’ve seen one brain injury, you’ve seen one brain injury. Every brain is different. Every injury is different. The more I read comments and stories from BrainLine visitors, the more I learn, and the angrier I get. Angry that invisible injuries are so often dismissed or ignored in health care treatments and society. Angry at the disparities in treatment and care based on race, gender, and/or age. Angry at the push to get those who are injured back to work rather than allow for the appropriate time to heal. The latest studies say recovery from concussion can take up to a year. A full year to recover from a “bump on the head” as so many often improperly categorize — and minimize — a concussion. Hmmm, a year can be nothing when it comes to some brain injuries.

We, as a society, are not taking care of our brains or each other. We are so focused on the productivity that those who are unable to contribute financially are left in the lurch. What can we do? We can educate ourselves and our community. We can vote for legislators who support brain injury research initiatives and policy. We can stay informed on the latest treatments and not be afraid to advocate for ourselves or loved ones when we think something new might help. We can try new self-care regimens to see what works. It might take more than a couple of tries to get yoga down, but it could be beneficial, so why not give it a shot?

How do you mark Brain Injury Awareness Month?