Why I Chose Not To Listen 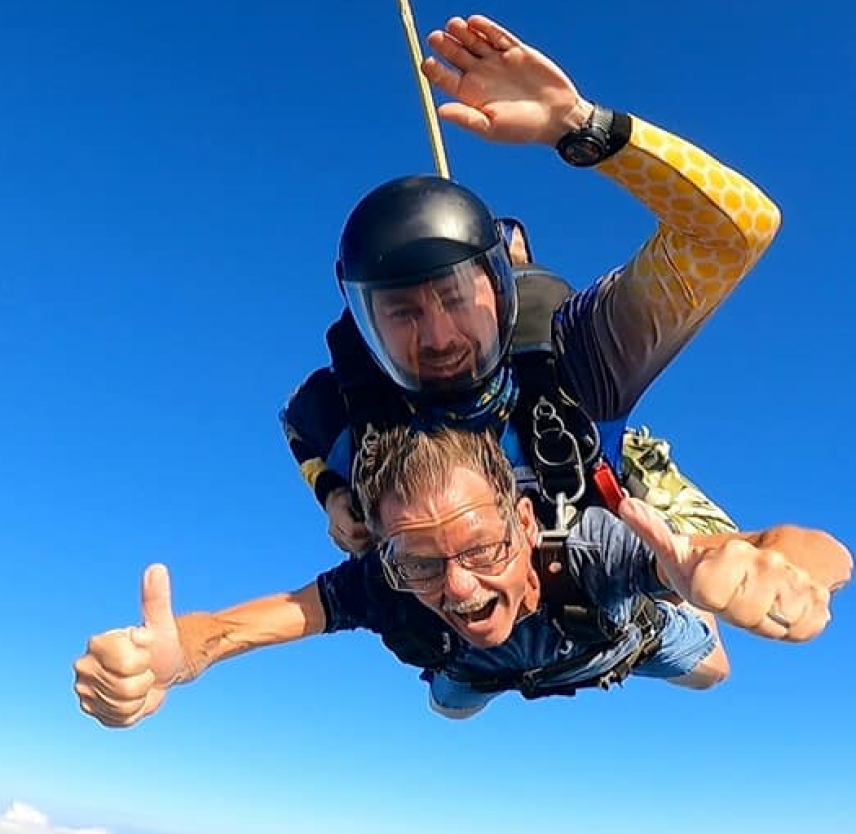 It was sometime around the one-year anniversary of my brain injury that I made decided to go in for neuropsychological testing. By this time, I had a better feeling for what I was dealing with and it was time to get a new set of eyes on my challenges. I was still looking for the elusive pathway back to the life I had before my injury. I wanted to do the things that I used to enjoy doing. I wanted the exodus of people out of my life to stop.

I just wanted to be me again.

My hope with neuropsych testing was to obtain a starting point, a baseline, a place where I could document where I was and then track my progress regularly from there. I had it all planned out. Every year I’d go back in for testing. The doctor would marvel at my progress and pat me on the back for a job well done.

But, as I’ve painfully learned in the years since my traumatic brain injury, there is no going back.

After several days of grueling testing, my wife, Sarah, and I returned to the neuropsychologist’s office to go over my results. We were so naïve and still so new to the brain injury life, we didn’t know what we didn’t know.

The Great Reveal by the doctor quickly became the Great Disappointment. I had scored in the bottom 5 percent of those who took the test for not one but two categories. I essentially flunked on verbal recall and complex problem solving. However, my low test scores were just the beginning. When I asked about returning in a year so as to chart my growth, his reply floored us both. “There is no need to retest,” he said with what sounded like a bit of sadness. “Now that you are a year out, your recovery is all but over.” He went on to share that any gains after a year would be minimal at best.

His parting words haunt me to this day. “Don’t try anything new. You’ll only be disappointed.” The ride home was painfully quiet.

At that time, so early on, life was abysmally difficult. My PTSD assaulted me almost nightly. My TBI — and all that goes along with it — was still unfamiliar territory. Life was truly unsustainable, yet we were told that it was our end game, that we better get used to it, and that nothing was going to change in any meaningful way. Suffice it to say, I felt complete and utter despair. But as it turns out that it wasn’t the end game. Not even close.

To list my wins since that visit would require a lot more space and time than we have together today. I could also list all the heartbreaks and challenges, but I’ll refrain from that as well. What I do know is that whatever I focus on grows.

The doctor was wrong when he stated that I would never be able to do anything new — and that my 2011 self would be my forever self. I don’t blame him; he was most likely repeating what he’d been taught in medical school decades earlier.

But, ask me today what changed and I’ll sum it up in one word: everything!

It took me time — seven years in fact — but I finally regained my footing professionally. I work fulltime and my day-to-day job requires skills I didn’t have at the time of my injury … this ol’ dog is quite capable of learning new tricks!

There are many things that I do now that I was not capable of in my life before, and immediately after my injury. I continue to see gains. Granted, the pace of gains has slowed a bit, but I’m 60+ now … it’s okay to be doing things a bit more slowly.

The big take-away for me is a simple one. Much of what I was told about my recovery (like “recovery is lifelong”) has proven to be true. But the only way for me to navigate my recovery, no matter what I was told, was to push myself in new directions, directions that were uncomfortable at first, but ones that are now entrenched.

Last month, Sarah and I took a trip to rural Maine for another first-time life experience. I was more excited than fearful when I jumped out of a plane at 14,000 feet and I can now add skydiver to my life résumé! Had I listened to those words a decade earlier, the thought of jumping out of a plane would have seemed preposterous. There was more emotion wrapped around that day than I could ever describe. The big take-away was one of amazement as I again realized that I am living a life that I never thought possible, a life I am truly enjoying.

It's important for me to share that I have not fully recovered. I gave up on that pipe dream a long time ago. But, what has come to pass for me is carving out a life that is comfortable most of the time, meaningful even more of the time — and liveable almost all the time.

My only real wish is that someone could have shared this truth with me early on.