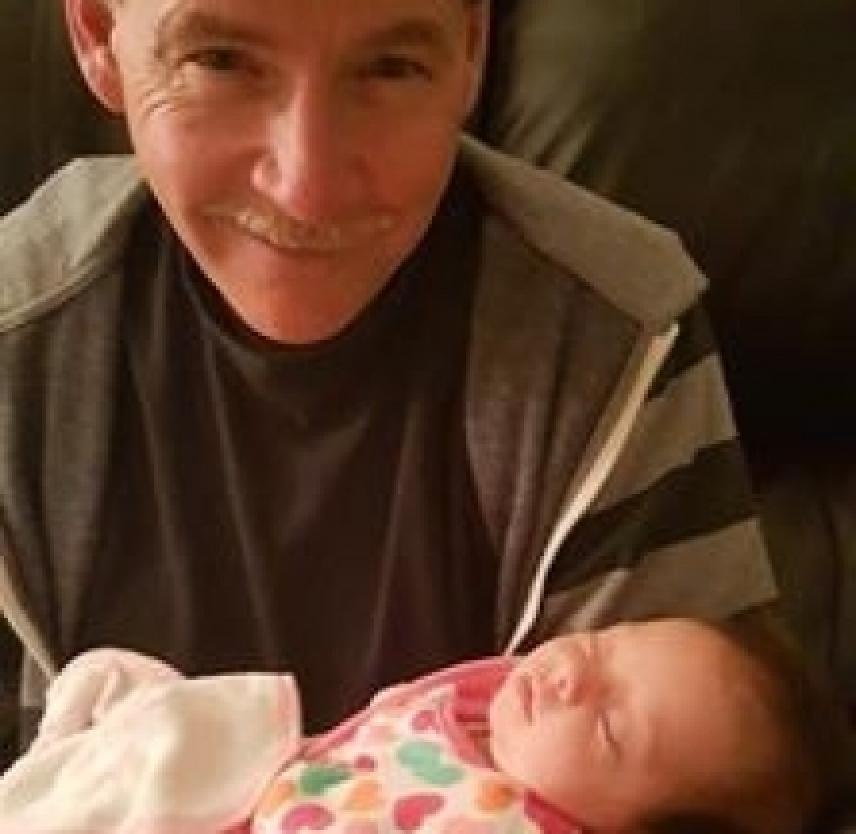 Family Matters: Losing Friends and Family After Brain Injury
Self-Care During Difficult Times
Thanks For the Memories?
Thanks to Our First Responders
Getting Off the Struggle Bus

I was finally able to do something that I’ve not been able to in several years.

And I was able to do it with new hope.

On the top shelf of my office closet sits a cardboard box. And inside that box are some of the most treasured memories of my life. Long before the age of the digital camera, I was a chronic and habitual picture taker. Inside the cardboard box? A couple of decades’ worth of life pictures.

Why not touch these precious memories for years? A seemingly simple question, with a quite complicated answer.

And it all boiled down to pain.

In the years since my traumatic brain injury, some of my friends faded away. If you have a life affected by a TBI, you know exactly what I mean. In fact, I see you nodding right now. But the biggest shocker was the exit strategy that my sons used. Over the years, three of my four sons simply walked away.

No explanation, no conversation. No nothing.

One day we were speaking and the next they were gone. Phone calls unanswered, emails unreturned, texts ignored.

And I lived in bewilderment for years.

Did I say something offensive early on when my emotional and verbal filter was shattered? Were my sons unable to understand and accept who their new dad was?

Over the years, this amounted to the biggest source of pain in this new post-TBI life. I cried rivers and rivers of tears, missing my own children with a soul-level anguish that can’t be described.

And when I thought I was done crying, I cried some more.

Those close to me, those I trust, those who love me unconditionally – they told me that the best I could do was to be open “when” my sons came back into my life.

I carried myself with dignity and honor; my head held high for years.

Last month, everything changed. And in my story, I wish to offer hope to those who need it most.

As I was about to board a plane in Manchester, NH, my phone rang, and one of my son’s names showed up on the caller ID. When I answered the call—dead silence.

It rang again. And then again.

I missed a couple of calls from you. Might just be a butt dial, so Hi.

I expected nothing back.

Dad, I need to talk to you.

I texted him back that I was getting on a plane and let him know that I’d call him during a layover in Minneapolis. Our flights were delayed as flights so often are these days, leaving us with mere minutes to run from one end of the airport to the other, huffing and puffing all the way.

We found our gate with only a couple of minutes to spare.

I called my son.

And my life forever changed.

“Dad, my daughter was born three weeks ago,” he said. “I am a father, and you are a new grandfather. We need to put the past behind us and move forward.”

I burst into tears, very much like the tears that stream down my face as I write this.

Oh no, not again!

I let him know that I had another plane to catch. We texted back and forth while the plane taxied on the runway. He texted me a picture of my new granddaughter. And another. And another.

Amelia Rose Grant had just entered my life in the most unexpected of ways. I sat in the window seat, numb for the next flight, my head reeling. A date was set. Sarah and I would visit my son, his fiancé and our new granddaughter.

I now had my son back in my life and a new granddaughter – both at the same time. We spoke on the phone the next day. And the next. We are both taking small steps forward—rebuilding our relationship on new ground.

I found myself finally able to pull down the picture box and go through memories of times when my kids were small—when they were all part of my life. I texted my son baby pictures, elementary school pictures, Disney trip pictures.

Dad, this is awesome!

I still have two sons who are still in the background, who have yet to come back. One was married last year. I saw a picture from his wedding on the internet. That’s about as close as I got.

Today I live with a renewed hope. I am careful not to set my sights too high – lest the fall to reality becomes painful. But I have hope.

And my granddaughter? Sarah and I were invited to my son’s home. He lives a short fifteen-minute ride from our home. He opened the door, welcomed us in, and gave me a big hug.

The next two hours went by in a heartbeat as we slowly began the process of catching up, my granddaughter in my arms for most of the visit.

For a week or more, I was just numb. Happy, elated, grateful, but numb all the same. I still find myself not believing it all.

We now have talked or texted almost every day. I am using all the restraint I have to not call him several times a day. What a cherished problem to have.

And the David that is today is the only David that my granddaughter will ever know. There will be no “before and after.”

Later this week, Sarah and I will most likely stop by our local Babies R’ Us again to pick up a few more things.

And to think, just a month ago, I didn’t even know that she existed.

I am sorry to hear of your pain but it's good to know that you reconciled with one of your sons. I am in the same situation but I am a family member. My brother had a craniectomy and put on Keppra. I've done everything that I can to be there for him. It was simply exhausting! From Medicaid to Disability. He did not listen to reason 3/4 of the time. Thought that we were controlling him when he doesn't fully understand the consequences of his actions or how much paperwork, financial, and mental burden that he puts on us because he wasn't cooperative. It's just hard because it is a BRAIN INJURY. His brain wasn't all connected right. HE thinks he's ok. BUT the medication made him moody and angry. He said a lot of hurtful and mean things. But ultimately, it is his life and his choice. We can't be there 24/7 to fix things for him. I cannot be there for him forever. I have a family that needs me. I was in a constant state of depression and fear thinking what did my brother do NOW?! I dread getting phone calls...bill collectors...etc...again it would have been bearable if he had listened to reason but he WOULDN'T. It was just too much. For the sake of my husband and child and my marriage I had to stop.

I'm happy you were able to reunite with your children. Everyone disappeared on me too. Even my ex left about three weeks after my surgery. Only person that stood by me was my best friend Leo and he stayed for nine years till he passed away two years ago. I'm still lost without him

That is really a very touching story thank you for sharing! And yes.... I was nodding my head yes but eventually I h a very came to learn the ones who stay and stand up to fight with me are the people I need right now and as for your other sons. Have hope they may just need more time? But always be prepared but hope I believe is healthy. When you lose hope.... you've lost yourself I believe: ) but love and spoil that beautiful baby and share more of your experiences please.

Did you find out why family, friends moved away from you? I'm in the same position and I have no idea why. No one will say anything, my dad passed away on the 1st anniversary of my surgery nob 2015. No Comms with my mum, brothers, uncle, work friends etc I just don't understand.

My heart breaks for you and all the loss you have gone through since your TBI.  As the mother of a young 23 year old TBI survivor it is difficult to also explain why the friends "just Stop" being there.  For us her parents.. Family has " just Stop" being there too. It has taken many painful months and now nearly 2 years later, I have tried to focus on the people around us are the ones that want to be there.  Of course, your own children abandoning you is even more difficult.  and I feel your pain.  I pray that with your son reuniting this will be a domino affect and the others will soon follow.

I want to say ... So much gratitude for you and for your precious vulnerable heart thank you .

I am so very happy for you!!!  I understand perfectly the experience you have gone through and the heartache and pain that goes with it...  I thank God that this miracle has happened!!!  Thanks for sharing it all, the good, the sad and the miracle...

So wonderful for you David. I think I need to write my own grandchildren story. I had 21 months with the oldest two living in my town before they were moved four years ago, a reconciliation one week last christmas with time spent with all 4 of them, and the 5th due this year. I haven't had anywhere enough time with them when they are living in a different country. I know the tears that you've had. â¤