The Slow Process of Acceptance 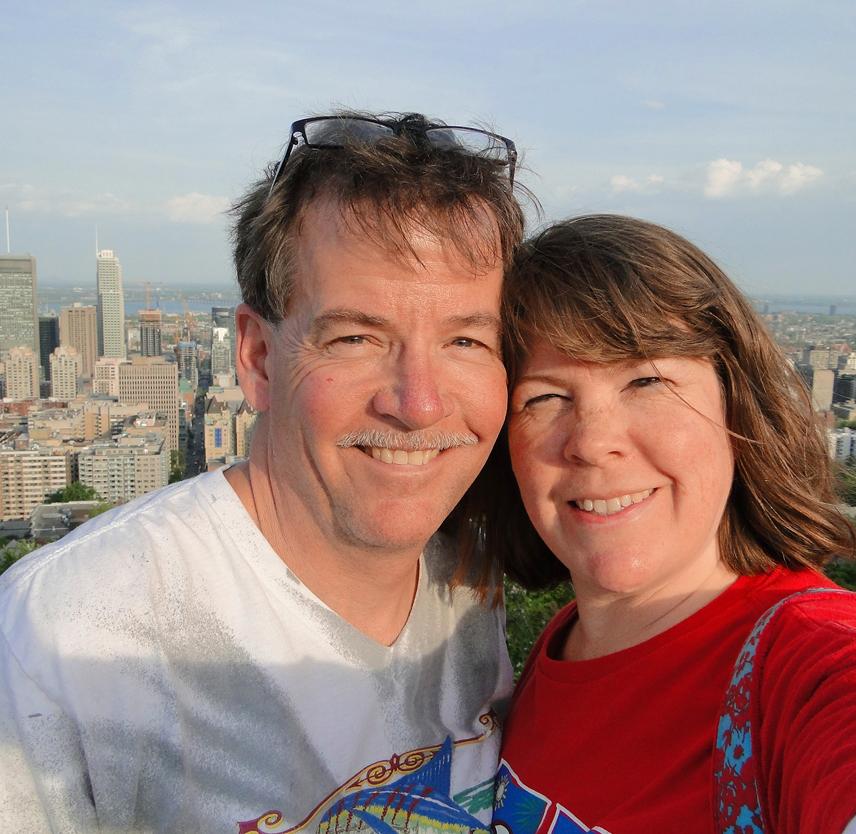 Self-Care During Difficult Times
Thanks For the Memories?
Thanks to Our First Responders
Getting Off the Struggle Bus
Stress and Brain Injury

Last Saturday night, I climbed exhausted into bed a few minutes before my wife, Sarah. Several recent nights of PTSD nightmares and very little sleep left me bone-weary with raw emotions on high. I lay there thinking about the day that has left me forever changed.

It didn't take much. Sarah wrapped her arm around me like she does every night, and I burst immediately into sobs, my mind racing with all that has come to pass in the last four years.

"Have you asked for help?" she whispered softly.

There was no way I was in the mood to do any business with God. How could anyone let one of his own kids go through the tormented existence of life after a brain injury? Nope. Not only was I not talking to God that night, I wasn’t talking to anyone. Exhaustion magnifies things. Sadness is greater. Intolerance creeps in uninvited. And hope dwindles.

Sarah lay next to me, whispering softly to me as I cried. My tears slowly turned to sleep. What she said, I cannot say. But I am grateful to have her love.

I slept like only the dead can sleep and awoke to a new day.

I still think about my accident more often than I talk about it. It’s hard not to. Most weeks, I cycle by the exact spot where “it” happened. Memories unbidden surface to my conscience. I remember things I don’t want to remember.

When I was in the trauma center, I slipped away. Strapped to the backboard as my injuries were being evaluated, I did a little trick.

Now you see me, now you don't.

Like being pulled backward through a long hall, reality was fading fast. I could watch events in the ER, but it was like looking through a long telescope, through the vastness of space and time. Everything distant, diminished, dimmed.

And Sarah called me back.

I can recall the look of terror in her eyes as she looked down on me, my eyes open and staring straight ahead, blank, glassy, and empty. She knew I was gone.

Yet she called me back.

It was only a few months later, in a counseling session, that I was told by a medical professional that this was a typical near-death experience.  Did Sarah call me back from death’s door? My personal jury is still out on that one, though I am inclined to believe that she did.

The last few years have been the toughest of my life. But it's OK. I give a lot of thought these days to my own recovery –to pieces of my old life that I have been able to pick up.

Since my accident, I have recovered most of my ability to speak. Just the other day, Sarah said I no longer stutter, that I now just stammer. While this may sound like a small victory to some, it's huge to me. I love the art of communication - to be able to articulate my thoughts in a way that makes people think, to expand their horizons, to ponder what they never gave a thought. To have a large portion of that ability stripped from me has been excruciatingly painful.

Over the last few years, I have made on-time mortgage payments.  A couple of years ago, I was not sure if I would be able to keep the gears of life turning. Time has shown that while the gears occasionally grind, they are still in motion. I am profoundly grateful for that.

My experience laid the groundwork for my first book, Metamorphosis, Surviving Brain Injury, written entirely after my accident. My second book, Slices of Life after Traumatic Brain Injury, was released in early 2015. No small feat for a man labeled by a respected neurologist as "permanently disabled."

While out on a recent bike ride, I had quite an epiphany. This happens more often than I ever expect—clarity emerging from sweat. It was the Hand of God that caught me when I was hit.

Yes, you heard me. The teenage driver who hit me was cruising along somewhere near 40 MPH. He never hit his brakes. There are so many ways this accident could have unfolded—all of them with me passing forever from this life. I could have been hit by a truck. Being t-boned by a larger car could have been my fate as well.

But no, it was a small subcompact car with a low bumper and a gently curved hood. The bumper hit my leg, and I rolled up the hood into the safety-glass windshield. This simple acrobatic act absorbed enough of the force of impact so as to keep me alive. Not unbroken, mind you, but alive. And I thank God that my life was spared. Countless others who sustained the same type of trauma have passed from this life, yet I live on. How can I not be grateful?

If there is anything I have learned since my injury, it’s that life does indeed go on. The sun has risen and set over a thousand times since my accident.  Our children have grown into adults, and the memories of who I used to be continue to fade.

Early on, sage “TBI old-timers” repeatedly shared with me that life would get easier, that I would slowly come to accept the new David. They had one thing that I didn’t have – the benefit of time. Funny thing, just today I was on the phone with someone starting his second life as a brain injury survivor. “You are so early on. Things will get easier, I promise you,” I shared with complete and unwavering conviction.

And it occurred to me that I am becoming one of those TBI old-timers. I’ve found a way to make this second life work!

It took over six years for my brain to "recover" from my Severe TBI on a car accident. I am still becoming and turning into someone different, it's just I don't really know since I lost over I figure 70% of my former self. I'm 59 years old yet I act like a teenager and even rejected by family members and community 8 years after the fact. I question God DAILY "why am I alive?" I lost my job, family, disowned/deserted by ex-wife, at derision and disdain of my former church, etc. Fat, limbic system damaged, face scarred, etc.

Yes, David, you've transitioned from the "haze" of injured to the reality of TBI injured to the acceptance and functionality of the new you. A whirlwind trip for sure but also a rewarding one, if you can understand that, an I'm sure you can. As a result of your accident, a more focused person you've become. Little is big and big is little...is a summation of what has happened to you...alive you are!!!

Thank you David for sharing. You write well and describe so much of what I too went through, although different circumstances.  Heavenly Father has been faithful to see me through as a single mother of two children who are now adults. The question posed to me... Will I be faithful to HIM?  Although I continue thriving and rebuilding and relearning how to live as a survivor of TBI, Heavenly Father continues to minister to me moment by moment.  Trusting Him for His purpose to be completed in and through me.  No longer thinking I have an understanding of what that looks like.  Rather, stepping into my future, every baby step, knowing He is faithful to direct me.  I am the servant of the Lord. May it be unto me according to Your word (Luke 13:8) I will hear, this is the way, walk in it, whenever I turn to the right hand and when I turn to the left. (Isaiah 30:21).  Hope... But those who wait for LORD [who expect, look for and hope in Him] shall change and renew their strength and power; they shall lift their wings and [mount up to the sun]; they shall run and not be weary, they shall walk and not faint or become tired.

David I am so grateful your life has blessed all us TBI survivors! I was in tears as I read. I hope I'll be a member of the old wise ones someday. You really are an inspiration!

It has been over 30 years since my brain injury and I am am aware every day that it happened. For years I kept waiting to wake up from this really bizarre dream I was having. But, after pinching myself, throwing water in my face and doing everything I could think of to wake up I am still here. I finally realized that this really is my life and I am thrilled to be here.

I am forever grateful for discovering David, where I am no longer sure, but he did save my life & I am hopeful that he will save my daughter now....We TBi's are all blessed, it may not be what you thought your life should be but....Acceptance is the greatest thing you can do for yourself.

"becoming one of those TBI old-timers', is a gift from God. Was taught as a kid that God has a plan for everyone so I spent 8 years after my injury trying to figure out what kind of a plan was that. Finally thought, maybe His plan for me was to help others to navigate into the life they never planned for. For the last 4 years, I became a speaker for the MN. Brain Injury Alliance and a facilitator for a local brain injury support group. I how understand how recovery never stops, especially if you are able to help other TBI Survivors.   Ric J.

I deeply appreciate the stories of triumph, as much as I am stuck within my own personal story of difficult, seemingly impossible struggle - like thousands of others.  Yet, I hold on to the reality - that others have it so much worse.

Having studied statistics - there can always be more; for example, my wife has been recouping after her Cancer surgery (s) and I could have more than 1 TBI  -  wait - that is sadly true.   BUT,  what about those that have lost their children, with the surviving child having TBI,  after awakening from a 1/2 year coma.....  I may have nothing at then moment but I still certainly have everything that matters most.

i am grateful for BrainLine.org; for its stories of triumph and for its hope, provided by its published and easily accessible resources.   Thank you.  Christopher Jay from NY

We all know it can always be worse but it is so hard to hold onto this, when we experience pain.  What we I need to do is firmly grasp what I still can do and there is a lot.   I can't meaningfully perform as a lawyer or an engineer anymore but I can look at my amazing wife that graciously gave birth to our amazing children.