Life After Brain Injury: No One Recovers Alone 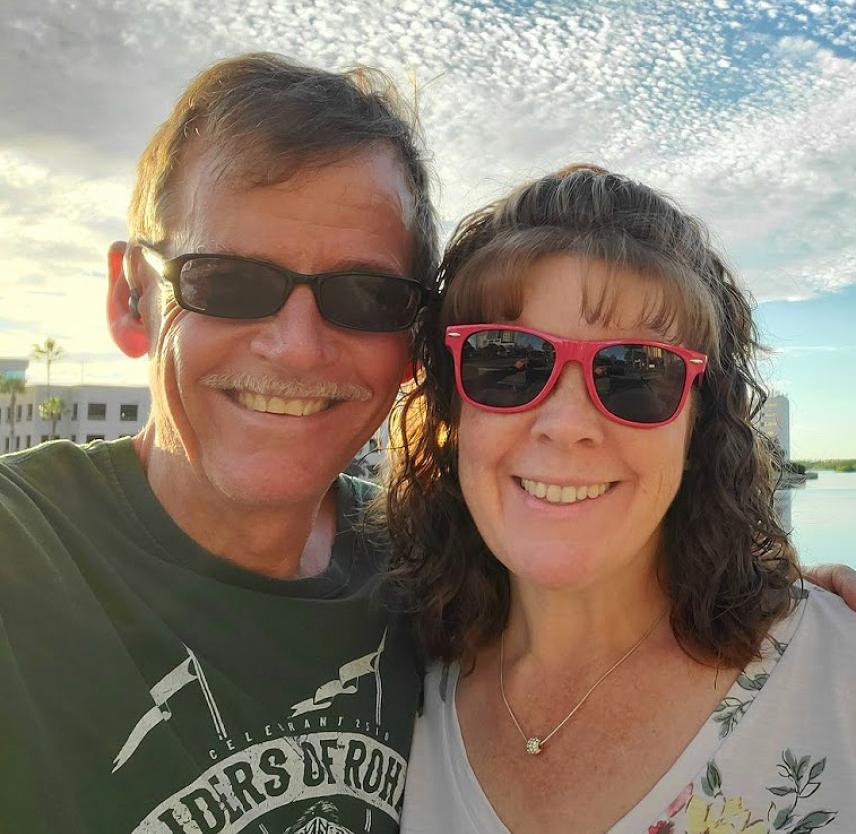 David Grant and his wife enjoying the sun

Occasionally, something will happen, which reminds me how far I have come since my 2010 game-changer of an accident.

My wife, Sarah, and I were recently out and about in the car doing a few errands, when my phone rang. It was from a cherished friend of mine. Jeff was one of the first brain injury survivors I got close to after my own brain injury. At the time, he was a three-decade survivor and had found a way to make his life work.

Like me, he authored a book that chronicled his journey, and his ongoing streams of articles validated many of the things I was going through. And many years ago, we had the wonderful opportunity to co-keynote at a Brain Injury Canada conference. Our friendship is one I expect to last a lifetime.

And a bonus that comes with Jeff is that he is a very funny guy.

“Oh my goodness, it is so good to hear from you,” I said, knowing it had been a couple of months since our last conversation.

“What are you talking about? We spoke just last week.” He replied, not a hint of mischief.

In less than two ticks of a clock, Sarah and I burst into uproarious laughter. Jeff was kicking the tires and poking some innocent fun at the fact that neither of us has a memory that can be counted on. It was one of those precious moments that happens when a couple of survivors get together.

It’s not a stretch to say that without Sarah, I never would have made it. While I can be overly dramatic — as she can attest — I need to get serious for a moment. No kidding around: the early years after my injury sucked. In fact, they were the worst years of my life. For as difficult as that time was for me, it was much tougher on Sarah. Ask me about most any event that happened in 2011, and you will get a decidedly blank stare. Sarah, on the other hand, has memories of things that I will never remember.

There were times early on that I would not wish on anyone — times when I had no hope, and despair so deep that suicide seemed an option. Though I never talked about ending my life in so many words with Sarah, I would regularly share that I was having “very dark thoughts.” She, of course, knew exactly what I was talking about. During the times that I would just break down, she would hold me, but more often than not, she knew that coddling would not work. Without mincing words, she would tell me that I knew what I needed to do — and to just do it. It bears restating: had I been alone during this painful chapter, I would not have survived. I know this for sure. Sarah literally saved my life, though she would invariably deflect any credit.

Somehow, and much to my happiness, the tough years passed. It started with an hour that felt okay. Then it was a few hours of feeling okay. A day would go by, and I was able to look back at a happy day, one that was devoid of overwhelming troubles. Fast forward to today and I am okay with life, and life seems to be okay with me. I still struggle with brain injury challenges, but they no longer own me. My memory often fails me. I repeat myself, only to repeat myself again, and again. Living with me is no cakewalk, I get it. But I do the best I can. I have found a new inner peace. I am not the person I was before my injury. That David Grant died on that cold November day so long ago. But I can say from the depths of my soul, that I am happy with the person I am becoming. And you can’t put a price on that.

Over the years, as I have become friends with others within the brain injury community, I have seen a common thread defining those who find their footing: they don’t go it alone. They have family members, husbands and wives, or close friends who love and support them unconditionally.

I hope never to forget Jeff’s quick quip about our failed memories, though there is no guarantee. But I can say that looking back over the years that Sarah and I have walked this post-brain injury path, her inner strength motivated me when I had none, her courage was inspiring, and her belief that failure was never an option was contagious.

My goal — writing this today — is to offer hope to someone else, someone I will most likely never meet, as they navigate life after brain injury. Tonight, Sarah will co-facilitate a Brain Injury Caregivers Support Group meeting on Zoom. She will share her own experience with others for much the same reason.

Never in the early years after my injury did I ever expect life to unfold like this, but then again, who can predict anything? Nevertheless, right here, right now, in this moment, it’s okay. I am comfortable in my own skin, I have found peace, and I have my best friend beside me.

Thank you for writing! I was alone, except for my little child after my injury... we roughed it out until I got a real diagnosis of tbi eight years later. Then she turned into my most staunch guide and supporter. I probably wouldn’t be here without her.
It is a rough road finding peace with a damaged vehicle!