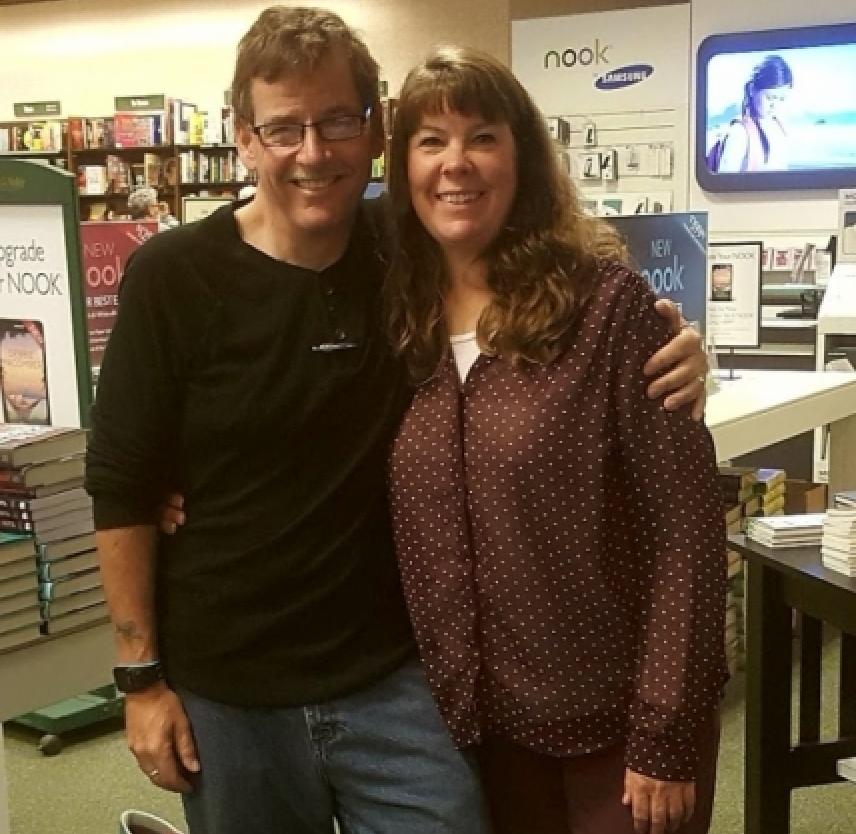 Last month, the six-year anniversary of my brain injury came and went. And like I’ve done most every year, I focused on it much more than I should have.

I am a consummate over-thinker. I’ve been wired like that since long before everything changed back in 2010. Some things were not affected by my injury. I would have no trouble overthinking my way out of a paper bag!

Over the years, I’ve been pretty outspoken about living two lives. So often, I’ve referred to David 1.0 and David 2.0 as if they were two different people. Traumatic brain injury is a game changer. There is no denying that fact. If you ask me what changed after my brain injury, I can sum it up in one word: everything!

But the reality is that I am still the same person who I was before my injury. I have the same birthday, the same eye color, the same DNA, the same wife, the same address, even the same kids.

By the time my anniversary came last month, I was worn out. Worn out from obsessing over the upcoming day, worn out from focusing on the losses, worn out for having it be just about the only thing I thought about for a few weeks. Being obsessive can be exhausting.

And it’s a safe bet that those close to me were tired of hearing about it as well.

As part of the human family, I am going to experience hardship. Welcome to life, kids. Sometimes, the grass is green, the sky is blue, and everything moves along happily. But if you are like me, meaning you have a heartbeat, sometimes things will suck. There is no way or reason to candy-coat it. Sometimes life is just difficult.

In the weeks that followed my anniversary, I continued to think – though not at a frenzied pace. And it hit me that others who experience hardship do not define themselves as two different people. I have close friends who have lost children – something I am unable to begin to wrap my mind around.

They do not define their lives as being two different people. My dad was diagnosed with cancer last year. He is not Dad 1.0 now living as Dad 2.0. He’s simply living a human life; playing as best he can the hand that fate dealt him.

I have set a new forward-looking goal for my life. I am going to try to look at the events that have come to pass through the prism of reality. I am one person who experienced a rather extreme trauma. I will always look at my life as “before and after.”

I deem that to be a healthy mindset, one shared by most anyone who has lived through a life-altering event. But I’m tired of a mindset that is divisive; that separates me from the rest of humanity. There will be no more David 1.0 and David 2.0. I’m done with that. I have no regret for this mindset—it is all part of the healing process. I needed to find some way to make peace with the events that came to pass.

Second to my new goal of being a person living a single life is my desire to be part of humanity again. It’s not me, as a survivor, against the rest of the world. Like some real-life version of the Walking Dead, the time for doing battle every day is behind me. I have one life to live. And the sooner I get on to the business of living, the better – not only for me but for those close to me as well.

Your comments are very accurate and uplifting.
I have tried that over the years and have been reminded that despite who I am now, I am not the same. There is a before and after but know one knows my before!
I make mistakes that are noticeable and easily corrected but those close to me can not see improvement.
I have been married for 33 years and am reminded daily that I can not keep up with my "genius" family. I repeat what others say so that I grasp what they say but they retort "I just said that. Weren't you listening?

Thank you, thank you, and thank you!! I am 2+ years post TBI/Craniotomy. I am functioning well I am told. But I, too, have felt like two different, separate people - before and after. I've felt very alone and isolated, especially in the middle of a lot of people. I didn't think others felt so much like I do! And, I thought that this is the way that it would always be for me - before and after. But there is hope, hope that I won't feel this way forever! Thank you so much David, for your story, and Kay for your comments. There's hope!!!! Cindy

I feel like I am on an island without help.I am exhausted, He would not seek medical help for 4 days. I know each case is different. No one can tell me when or if this will get better.  I can not imagine this going on for years.

Hi TBI friends, I am 10 years post accident now. One of the most important questions (to me) I asked my Neuropsychologist about two years into my cognitive rehabilitation was "when will I know if my brain is healed?". His honest response was, "you will just know - and, when the time comes when you realize you are no longer ruminating over your life before and after your injury, you will have finally recovered from the trauma also associated with your TBI". He also told me, there is no average recovery time; that time is as unique as we each are as individuals. I can honestly say with joy, for the first time in 10 years, I actually forgot my TBI anniversary!! No longer am I telling myself I must move on, I really have. Bless you all and happy recovery. ðŸ™ðŸ’•, Kay

3 years post TBI ~ life before and after is beyond words.....

Thank you. I just passed my one year anniversary. I too think of the Nicole before and now the new Nicole after. I feel like a totally different person. I don't like this second Nicole. She's not the person I was before and will never be able to be the old Nicole. Your article showed me others feel that way too. And I need to learn to love myself and accept myself again. Thank you so much

I understand what you man by "before and after"...our whole family refers to life events that way...it's mostly a way to mark time.  Our daughter sustained a TBI 20 years ago at age 18.  She is still healing!  Because of this, I refer to her as "the new improved Sarah!".  I mean this in a positive way, as she still pushes herself to  improve!

I hear and understand everything you are saying more than you know.  I just started hypnotherapy this morning to communicate with my subconscious.  I encourage you to try it.  I watched a movie of past events and left them at the theatre - I think things feel better.  More sessions to come.   TBI 4 years ago.