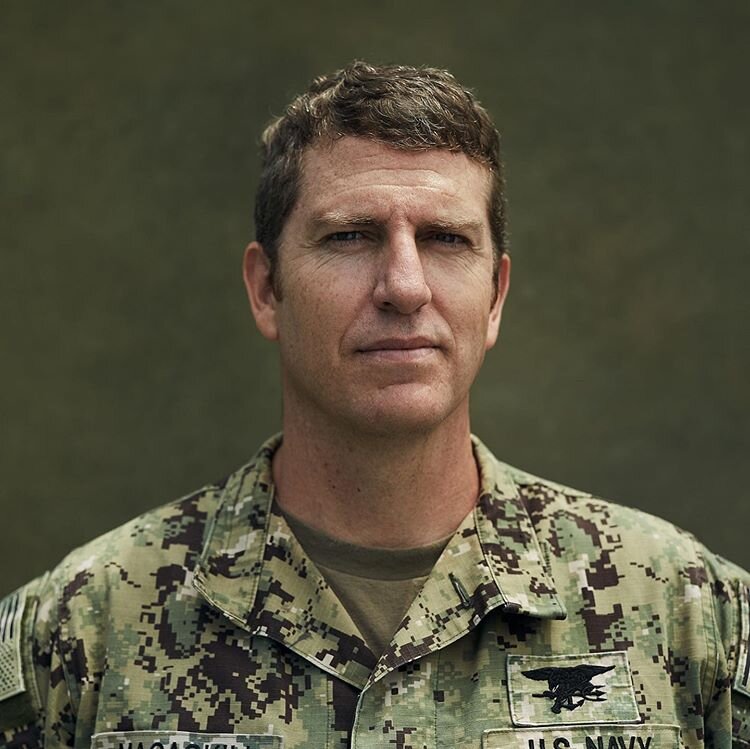 Jon Macaskill is a retired Navy SEAL Commander turned leadership and mindfulness coach. During his 24-year Navy career, he served in multiple highly dynamic leadership positions from the battlefield to the operations center and the board room. His style of teaching leadership is unconventional yet highly effective. He is passionate about helping people and organizations become the best versions of themselves through mindfulness coaching, keynote speaking, and grit and resilience training.

He was born in South Africa but grew up in Ruston, Louisiana. After graduating high school, he served briefly as an enlisted sailor in the US Navy before receiving an appointment to the US Naval Academy and graduating from there with a BS in mathematics four years later. Jon served in Iraq, Afghanistan, off the coast of Somalia, and in Panama.

After retiring, he served briefly as the deputy executive director for the veteran nonprofit, Veteran’s PATH. He now runs a podcast called Men Talking Mindfulness; does keynote speaking engagements on developing leadership, grit, and resilience; and owns his own consulting company. In all three roles, his desire is to improve cultures and individuals through mindfulness, meditation, vulnerability, and compassion.

Jon’s wife, Beka, also served in the Navy and is now a civilian Orthopedic Physician Assistant. Together, they are the proud parents of three small children, and recently, after an adventurous six months as a family in an RV, they have settled on a small farm in Colorado Springs.