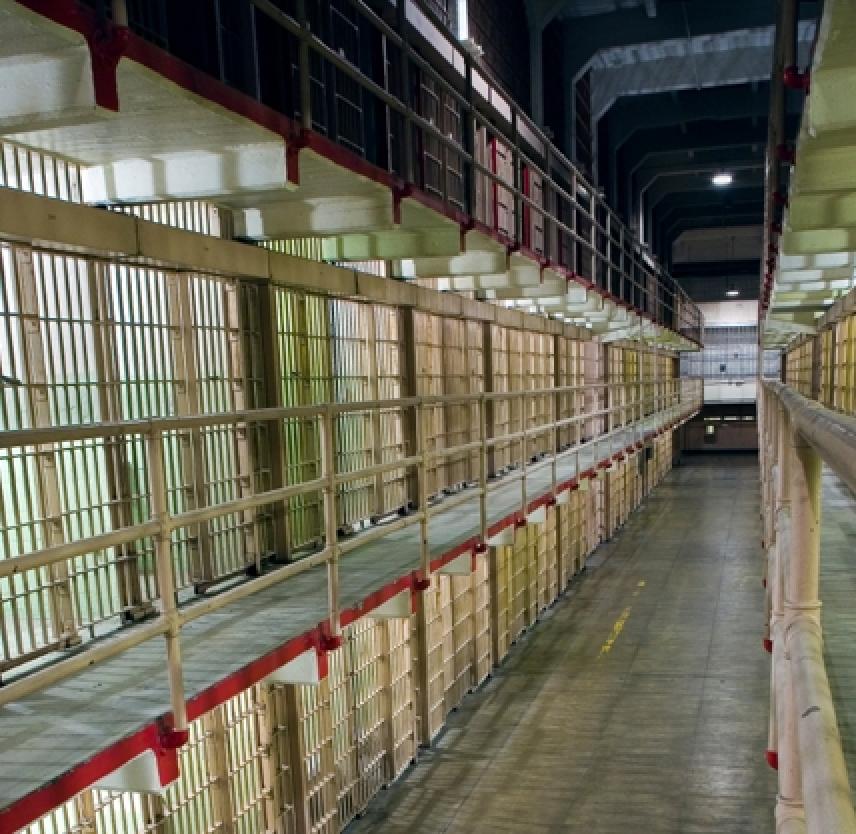 The behavior of legal offenders is frequently met with consternation by the public. Many may ask, particularly when the crime is violent, “How could a person do something like that?” A very good question. The answer deserves serious consideration.

A recent story on PBS’s Frontline, called “The New Asylums” (Fanning, 2005), documented a grave concern regarding the large number of mentally ill people who are serving time. While mental illness is not new, a growing population of individuals with traumatic brain injury (TBI) and associated problem behaviors is relatively new — prior to the 1970’s the medical technology was not available to keep most individuals with a serious brain injury alive. Unfortunately now, many individuals with TBI are not only joining the ranks of the mentally ill in prisons and jails, but are becoming the ranks.

The Consequences of Brain Injury

Some of the 2 million individuals who sustain brain injury per year in the U.S. are able to return to their pre-injury level of functioning, for the most part. For some (47-53%), many of whom sustain severe brain injury, TBI is associated with an increased risk for irritability, temper outbursts and decreased self control (Mauss-Clum & Ryan, 1981), in addition to cognitive problems such as attention and memory. Brooks and colleagues (1986) found that five years after a severe brain injury, 64% were described as having a bad temper and 54% threatened violence. While a person may have been calm and controlled before their injury, afterwards they may become quick-tempered and lack inhibition. TBI also increases the risk for psychiatric disorders and substance abuse. Studies indicate that abusive experiences in a person’s life tend to increase the inclination toward violence after brain impairment (Hatzitaskos, Lewis, Yeager, & Trujillo, 1994). While past experiences cannot be changed, the behavioral consequences of psychiatric and neuropsychological problems are often treatable with medical and behavioral interventions. However, unless the diagnostic question is investigated and the condition treated, an individual may pose a threat to others and themselves, and be at risk for incarceration.

About 2% of the general population is arrested annually. In contrast, in their study of survivors five years after severe brain injury, Brooks and colleagues found that 31% had been in trouble with the law one or more times. A similar rate of arrest (one-third) was found in a community sample of children and adolescents with TBI (Luiselli, Arons, Marchese, Potoczny-Gray, & Rossi, 2000). At two years post-injury, Hall and colleagues (1994) found that 24% of their sample had been arrested for other than traffic violations and 18% had been incarcerated. For subjects who were receiving rehabilitation from an outpatient clinic, Kreutzer, Marwitz, and Witol (1995) found a lower rate of arrest post-injury of 7.2%.

In their 1986 uncontrolled study of 15 death row inmates in the U.S., Lewis, Pincus, Feldman, Jackson and Bard raised the question of what kinds of individuals are condemned to death. The sample was selected based upon the imminence of the executions and not because of obvious psychopathology: consequently, the sample was felt to be representative of inmates awaiting execution in this country. The researchers found evidence of brain impairment in 100% of the cases. At the time of a subsequent study (Lewis, Pincus, Bard, Richardson, Prichep, Feldman, & Yeager, 1988), 37 juveniles were awaiting execution in the United States. Forty percent of the group were selected based upon imminence of their executions. All 14 juveniles in the sample had histories of head injury with associated signs of neurological dysfunction. There was also a history of physical and sexual abuse, family violence, and family psychiatric illness in both the adult and juvenile groups.

Sadly, while the findings were relevant to considerations of mitigation, they were not identified and presented in the trials, sentencing, or in the course of subsequent appeals. It is likely that no one suspected the existence of the condition. Contrary to the notion that murderers are just sociopaths who will try to appear mentally ill in order to avoid punishment, most of the subjects did not consider themselves sick or impaired and did not request evaluations. Additionally, there was a tendency among the offenders and their family members to minimize or conceal not only the violence and abusiveness experienced in the home, but they were unable to recognize the importance of psychiatric or neurological symptoms to their defense.

Freedman and Hemenway (2000) also point out that men on death row tend to have neurological, psychiatric and psychoeducational deficits. In their case-study analysis of the social and family histories of 16 men on death row, they found a history of brain impairment/mental illness in all cases (12 had a history of TBI). The strength of the study was the authors’ ability to cross-validate the social and clinical information they obtained about their subjects. The authors emphasized that while most individuals who are mentally ill or who have brain impairment are not killers, a significantly higher proportion of people who kill have serious brain impairment and/or mental illnesses.

Given these alarming findings, other researchers have attempted to estimate the prevalence of brain injury in other corrections programs (not only those on death row). In their 1998 study of inmates in a New Zealand prison, Barnfield and Leathem found that 86.4% of the sample had sustained a TBI at some time in their lives. The subjects were volunteers and completed a self-report questionnaire.

Morrell, Merbitz, Jain, and Jain (1998) interviewed 1000 consecutively admitted offenders in a midwestern state prison system (with a range of offenses from possession of drugs to murder) and asked whether they had a history of head injury. Two hundred and forty-nine (24.9%) reported sustaining at least one head injury: 28 (3%) reported having sustained two or more. In a study conducted by Templer and colleagues (1992), 36% of 322 prisoners in a medium security prison reported TBI with a loss of consciousness during their lifetime.

Slaughter, Fann, and Ehde (2003) conducted standardized interviews with 69 randomly selected inmates in a county jail in Seattle, Washington. Eighty-seven percent of the subjects reported having had a TBI during their lifetime: 36.2% reported having had a TBI in the prior year. It was noted that those with a more recent injury presented with a higher prevalence of anger, aggression, cognitive problems, and psychiatric problems at the time of the evaluation than those who had been injured previously. The authors analyzed prevalence rates obtained in previous studies. Interestingly, the setting with the lowest prevalence of TBI (22%) was the forensic psychiatric hospital setting, compared to the general prison, death row, and a prison diversion program. In addition to recommendations for treatment and rehabilitation, the authors recommend that more comprehensive and accurate psychiatric forensic evaluations be conducted and that additional information be obtained for consideration in the mitigation phase of sentencing.

In contrast to studies that only included incarcerated individuals, Sarapata, Herrmann, Johnson, and Aycock (1998) administered a self-report questionnaire regarding history of brain injury to 34 participants in a community corrections Day Reporting program. A substantial percentage of offenders (50%) reported having a history of brain injury compared to a non-offender control group (15%). It might be suggested that individuals who are prone to criminal behavior also are prone to high-risk behavior that might lead to brain injury. The authors found that for some participants this was the case, however, 83% of the head-injured offenders reported a date for their brain injury that preceded the date they reported for their first criminal activity.

It does appear from the results, as varied as they are, that head injury is much more prevalent in prisoners compared to the general population (2-5%). Many of the authors in the above studies recognized the need to interpret the results with caution due to the fact that the data in some studies was gathered through self-report. Extensive and repeated questioning is often needed to allow subjects with memory problems to recall the extent of past injuries. Additionally, if the injury occurred very early in life (e.g., due to child abuse), the subject may have never known of the event. Consequently, it is possible that there is an under-estimation of the prevalence of TBI in the studies described above. Conversely, the results may also reflect a tendency of prisoners to over-report a history of brain injury.

The lack of a reliable, valid and efficient assessment instrument for use in identifying individuals with TBI in prison has led Diamond and colleagues at the University of Texas at Houston to seek support from the CDC in developing such a procedure (National Center for Injury Prevention and Control, n.d.). Additionally, the researchers will develop a proposal for assessing the prevalence of TBI among the federal prison inmate population.

In summary, based upon the results of preliminary studies, a striking number of offenders in the criminal justice system are neurologically impaired. The data also suggests that individuals with brain injury engage in crime more often than they would have if they had not had a brain injury.

The findings have important implications for the health care community, the legal community and the community at large. As Winslade (2003) pointed out, “The scientific community should give closer scrutiny to the connections between brain injury and behavior, not only to assist the legal system in assigning criminal responsibility, but also to help discover better ways to help persons with brain injuries to regain control of their impulses and their conduct.” Additionally, according to Sarapato et al. (1998), it is incumbent upon our society to aggressively treat children and adolescents with head injury so as to help them avoid a life of crime.

There is an urgent need to consider the impact of the lack of services for TBI on the individual and the community. While widespread services are available for other disability conditions in the community, the ongoing cognitive/behavioral problems associated with TBI are excluded from community support services. At a minimum, the findings above have important implications for on-going case management past the acute/post-acute stages of rehabilitation, particularly when individuals return to the community setting.

Dr. Joanne McGee is the Clinical Director of ResCare Premier’s rehabilitation program for brain injury in San Marcos, Texas. She is a licensed neuropsychologist, licensed specialist in school psychology, and managing editor for Premier Outlook.

National Center for Injury Prevention and Control (n.d.). Division of injury and disability outcomes and programs (DIDOP) research cooperative agreements: Studies to determine the prevalence of a history of traumatic brain injury (TBI) in an institutionalized population.