Healthcare for the Homeless Clinicians' Network 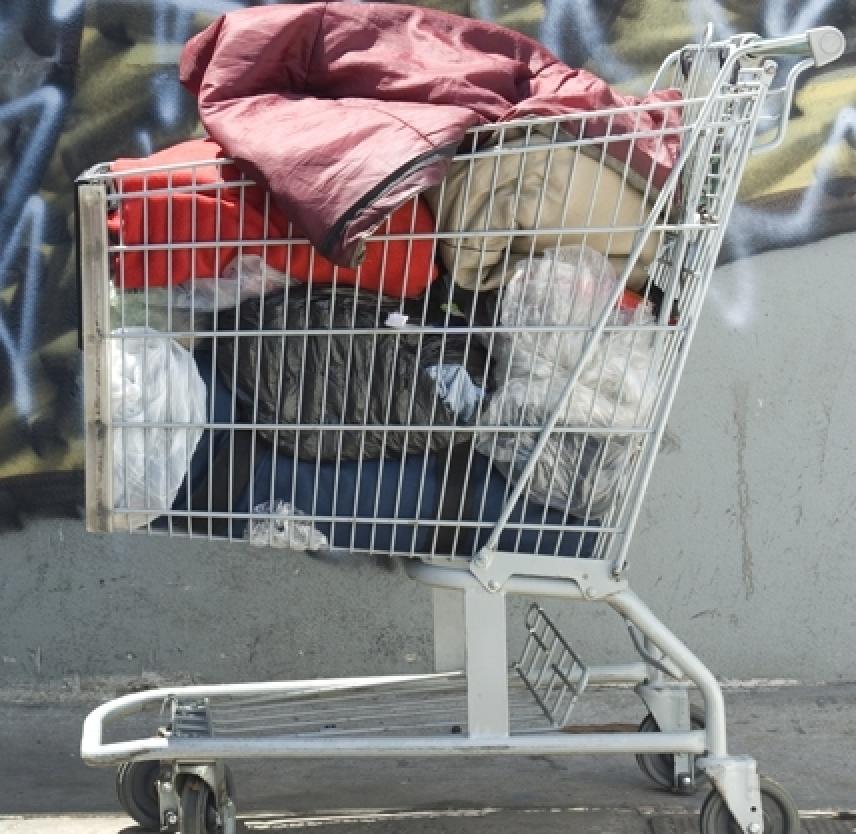 This monograph describes the etiology, prevalence and severity of cognitive dysfunction as a result of traumatic brain injury (TBI) among persons experiencing homelessness. It is hoped that this information will improve our ability to identify, assess, diagnose, treat, house and create aftercare services for those homeless persons who have sustained TBI and other insults to the central nervous system. The paper concludes with a series of practice, administration and policy recommendations.

After studying a cohort of 90 homeless men in Wisconsin, of whom 80% were found to have evidence of cognitive impairment, Solliday-McRoy, Campbell, Melchert, Young and Cisler (2004) stated the following:

Given the growing evidence . . . an underdiagnosis and inappropriate treatment problem of crisis proportions may exist in the [ homeless] population. Further clarification of the size and nature of this problem could have a major effect on the allocation of funding and level of staff training needed for developing, implementing, and evaluating appropriate services for homeless people. Without more attention to these issues, homelessness will continue to persist as a pervasive social problem that creates a massive amount of preventable suffering.1

What are the Links Between Adverse Childhood Experiences, homelessness and Traumatic Brain Injury?

After practicing psychiatry with homeless persons for the past seven years, it is clear that a large percentage of the chronically homeless population has experienced abusive and chaotic family backgrounds, profoundly affecting their ability to function in society as adults. Often, these men and women have lived in multiple family constellations from a very young age, moving from relative to relative, with stays in foster care and juvenile detention. They were raised by parental figures stretched to the limits of their financial and emotional resources, and are overwhelmingly victims of childhood physical and emotional abuse.2 The combination of a chaotic childhood and chronic abuse were major factors that prevented proper learning from taking place in school, resulting in academic failure and illiteracy. Chronic substance abuse, street violence and untreated systemic disease compounded these problems and led to inability to compete in the job market and chronic homelessness.

Research indicates that the most common risk factors for homelessness include:

Many of these risk factors have their origins in childhood and adolescence and are likely to have set the stage for the development of major problems later in life.13 Although these risk factors are well-known, one of the most common sequelae of these experiences — traumatic brain injury — often goes undetected among homeless persons.

How Does Traumatic Brain Injury Occur in Homeless Persons?

After performing over 3,000 comprehensive psychiatric evaluations of persons experiencing homelessness, most of whom had spent the past year or more on the street, in a shelter, drop-in center or other transitional setting, a striking commonality became evident to this writer. At least half of the patients reported histories of blows to the head sustained in the context of severe childhood physical abuse, and, less frequently, in the context of childhood motor vehicle accidents, falls and accidents while playing sports. Most of the persons reporting blows to the head also reported subsequent difficulties with memory, attention and impulse control, often with concomitant placement in special education classes, either for behavioral difficulties or academic failure. Very few reported having finished high school, and those who joined the military were often unable to complete their initial tour of duty due to these cognitive and behavioral difficulties.

These individuals frequently reported that the injuries they suffered as children as well as their neuropsychological sequelae often went unreported and untreated as a result of abusive parents attempting to conceal their injuries as well as the impoverished circumstances in which they were raised, with no access to affordable medical care or health insurance coverage. (Some of the emotional sequelae of childhood abuse are post-traumatic stress disorder, the depressive disorders and the entire array of substance use disorders. This article, however, is limited to addressing the cognitive dysfunction that often results from traumatic brain injury.)

Current reviews of research on brain injuries conclude that those who have sustained brain injuries are at high risk of social failure. TBI Research Review, a publication of the TBI Model System at Mount Sinai School of Medicine, reports:

Traumatic brain injury is strongly associated with multiple, often overwhelming, challenges that can undermine the person’s efforts to live a healthy, productive life. Combined, these challenges often result in the person with traumatic brain injury becoming a ‘social failure.’ At the extreme, Lewis and colleagues (1986)17 found that all of the inmates they interviewed on death row had experienced one or more TBIs. Among prisoners in general, estimates of TBI range from 42 percent to 87 percent,18,19,20 with most of these brain injuries preceding the start of criminal activity. TBI is also common in inpatient psychiatric populations and, similarly, the TBI usually precedes onset of psychiatric symptoms.21,22 TBI is associated with high levels of depression and anxiety23 and those with TBI attempt suicide four times more often than do those with no brain injury.24 Additionally, those who abuse substances often have a history of early TBI.25,26 Simpson and Tate (2005)27 found suicide 21 times more likely in those with combined TBI, substance abuse and major depression. Finally, children with TBI are at increased risk for social failure as they mature into adulthood. TBI in children is associated with poor academic performance28 as well as problem behaviors.29 Glang and colleagues (2004)30 estimate that 130,000 U.S. children need special education classes because of TBI, but that only 11 percent are currently enrolled. The United States Department of Education reports that 24,000 schoolchildren have been identified with a TBI, but the current estimate is that there should be 500,000, indicating that less than 5 percent have been identified (W. A. Gordon, personal communication, June 5, 2008). These children truly remain ‘hidden’ to their schools.16

Homelessness is comorbid with all of the conditions mentioned: incarceration, psychiatric symptomatology, substance abuse and school failure or placement in special education, yet no protocol is in place to routinely screen those experiencing homelessness for traumatic brain injury or its neuropsychological sequelae.

At present, the impact of traumatic brain injury and cognitive dysfunction on the cost of homelessness cannot be calculated, since the research that would bring those costs to light has yet to be undertaken. Much is known, however, about the cost of homelessness in general. In many cities, homeless persons live in street, shelter, hospital, detox and jail in a cyclical fashion at great cost to themselves and society. In terms of medical care, homeless persons tend to use the most expensive interventions: Emergency settings, psychiatric units and detoxification facilities. On average, studies report that homeless persons spend four more days in hospital each year than nonhomeless people.31 To extrapolate, at current cost estimates it is possible that the 33,500 persons who are presently homeless every night in New York City generate $335 million more in hospital fees annually than non-homeless persons do.

Studies reveal that homeless persons also spend a disproportionate amount of time in jail and prison. In 2005, a year in prison cost an average of $23,876.32 Additionally, homeless shelters cost far more on average than does permanent housing: About $1,250 per month to shelter single persons and $2,000 to $2,500 per month for families in homeless shelters. For comparison, in New York City, permanent, supportive housing for eligible formerly homeless persons costs $215 per month. A recent study of long-term homelessness found that: “The 150,000 chronically homeless people in the United States cost $10.95 billion per year in public funds. If these individuals were all permanently housed, the expense would be expected to fall to $7.88 billion.” The study estimated that approximately 90% of these costs are comprised of medical care for this vulnerable population. 33

One of the causes of frequent use of high-cost medical services by homeless persons may be ease of access. In New York City, for example, hospital emergency departments cannot refuse uninsured persons medical care whereas in an outpatient setting, those who cannot pay will not be seen. Identification of cognitive dysfunction in homeless persons can enhance their ability to obtain SSI/SSD disability entitlements, which guarantees stable health insurance in the form of Medicaid and/or Medicare and may serve to curtail inappropriate emergency room use and avoidable hospitalizations.34