A Tale of Two Schools: Student Veterans Find Their Space on Campus 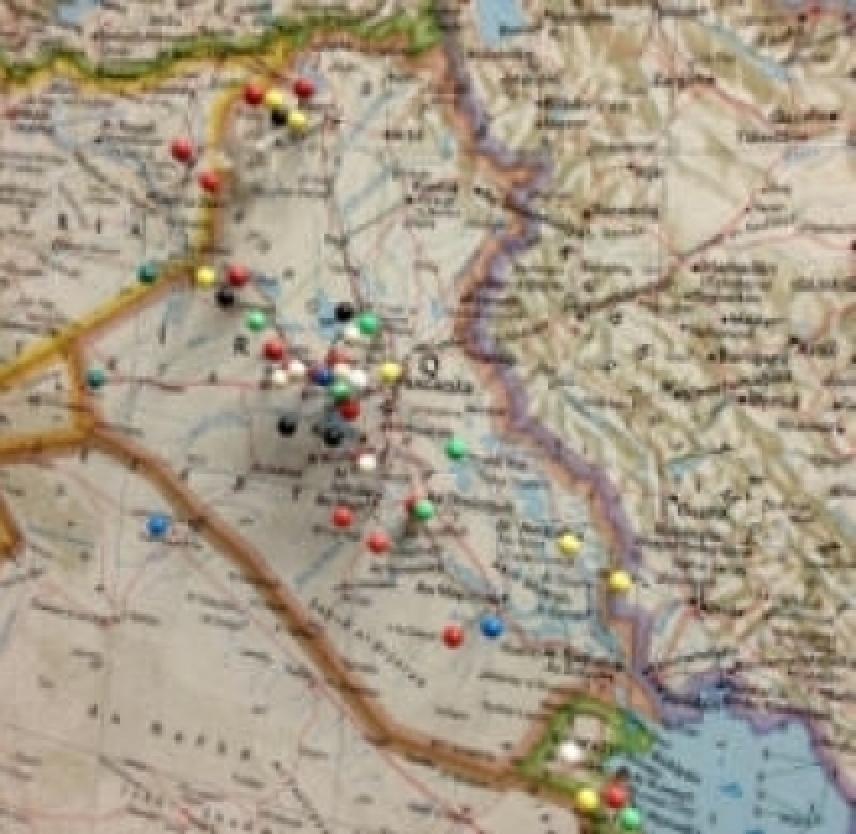 There are more veterans of the wars in Iraq and Afghanistan studying at American colleges and universities today than ever before. For many of them, the ticket to higher education has been the Post-9/11 GI Bill.

Educators and advocates know more now, too, than they ever have before about what these student veterans need to succeed in higher education, but veterans’ experiences vary widely from campus to campus. These unconventional students bring uncommon skills, experiences and resilience to college life. They sometimes also carry with them physical, mental and social vulnerabilities that can make academic life difficult — and  they are often reluctant to ask for the support they need.

Jacob Lampe is one of those veterans. He’s 25 — that’s old at Saddleback Community College in Mission Viejo, Calif., where he enrolled in 2011. Lampe spent his first year at Saddleback — as he puts it — like a bum.

“When I first got out [of the Marine Corps] and I came out here, I just felt alienated,” he says. “They were 18- and 19-year-old kids complaining about mommy and daddy not paying for gas. I just spent the last year on the couch, you know? Like, what am I?”

That wasted year came after a deployment to Afghanistan, where he had lost his best friend in combat.

Saddleback has a center for veterans who are going through things like that. Lampe could have gotten help there — or he could have just hung out there, spent time in a place that wasn’t his couch, but he avoided it.

Eventually he got tired of living on the periphery and walked through the center’s door. He’s now vice president of the school’s veterans group.

Leaving the military, for many veterans, can mean abandoning a profoundly defined identity, community and purpose.

On campus, a critical confluence for all of that is a veterans center — or any dedicated physical space, really, where veterans can be connected with whatever services they need: medical, psychological, financial, emotional or just academic. A place where they can connect with each other.

Kolin Williams is the full-time counselor at Saddleback’s veterans center. He’s seen what a space of their own can mean for veterans’ transition.

“They can go to one place and meet with people that they may have thought they didn’t really want to be around anymore, but that instant connection is kind of reinvigorated once they walk through those doors,” he says. “I see it all the time, where they know somebody who’s sitting on that couch and they are like, ‘Hey, Smith, is that you? When did you get out?’ And at that point is where they make those connections — it helps them get through college.”

When Saddleback’s veterans center opened in 2009, it was one of only three in California. Today, there are 14 in Orange County alone.

In addition to Williams, veterans who use the center can also meet with counselors who specialize in disability claims and traumatic brain injury. They come in once a week.

There are computer stations, couches, magazines and a fridge full of sodas. Up on the wall is a world map tracking the students’ past deployments. Iraq and Afghanistan are covered in pushpins.

Terence Nelson is a dean at Saddleback. One of his jobs is to keep the center and its services running. “Any given time we could have a half-dozen to 20 students in here, believe it or not,” he says. “As loud and sometimes obnoxious as it is, they find it as a place of solace. As they go through an anxiety attack in class, they’ll come right up and they can emote and work through those emotions with folks they feel comfortable with.”

With the wars overseas winding down there is likely a new wave of student veterans coming — more pushpins to be added to the maps on the walls. Campuses big and small will need to be ready. In March 2012, Department of Veterans Affairs Secretary Eric Shinseki raised the possibility that over the next five years, nearly one million service members would separate from military service or leave active duty when their assignments were over. Based on that impending need, Nelson said, centers like Saddleback’s should have been popping up years ago.

Seeking a space at Southern Cal

Fifty miles north of Mission Viejo, at the sprawling and prestigious University of Southern California campus in Los Angeles, Josh Jacobs would do just about anything to get for his fellow student veterans what Saddleback’s veterans have. He’s a veteran of the war in Afghanistan and a student at Southern Cal’s business school. He’s also president of the veterans association here.

The closest thing Jacobs and his fellow Southern Cal veterans have to a dedicated space is whatever empty room they can find for their biweekly meetings.

“There are so many centers or areas that are dedicated to different nationalities or religions or sexualities,” says Jacobs. “You name it and there is something here for you. But there’s nothing for veterans.”

Jacobs has gone before deans, provosts and the student senate to push his vision for a veterans center. It’s gaining traction with administrators.

There are important services already on campus to address veterans’ psychological, academic and financial needs. The problem, though, can be connecting the dots.

“There’s stuff everywhere,” Jacobs says, “but it’s not compiled, and every veteran goes and finds the one thing they’re looking after and spends all of this time and energy and then the knowledge gets lost, there’s no house of knowledge.”

Experts and students alike agree that, for veterans, having a home on campus is essential for all sorts of reasons. But there is an awareness, even on the most active of campuses, that all the outreach in the world can still miss the people who do not (or cannot) reach back.

Even at Saddleback College, with its resources and kinship and gathering space, the veteran community is grappling with a suicide that happened in February. The staff and the students most active with the center say they didn’t know the man who died.

Lampe, the Marine veteran who lost his best friend in combat, is torn between his personal reaction to the news and his deep sense of responsibility to his fellow Saddleback veterans.

“When that stuff happens,” he says, “I think of my best friend. That’s it: I think of him. Dude, you didn’t have a chance. These people had a chance, but they were just not okay.

“So in the community of veterans on campus, we sit here and we’re like, you can mourn,” he says, his voice cracking, or “you can put your pack back on and figure out ways to help those people.”

I've had some issues at FIT Florida Institute Of Technology but got most of it fixed after a lot more work than I should have had to do. I wish we had reps with the power to enforce ACE, SOC, SOCAD, yellow ribbon, GI BILL, JST transcript credit evaluations, etc. I only received 1/3 of what I should have received.