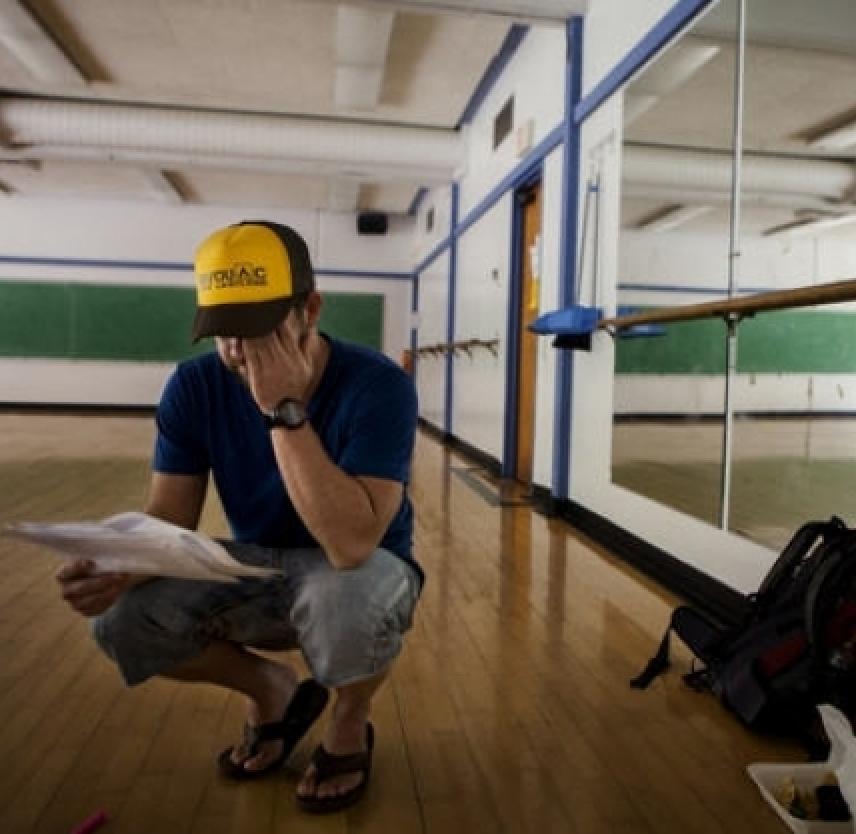 Among the signature injuries of the wars in Iraq and Afghanistan – post-traumatic stress disorder, lost limbs and traumatic brain injury – it’s the last that tends to get the least amount of attention.

But for veterans who head to school after their service, traumatic brain injury can be an especially difficult diagnosis.

The symptoms read like a list of all the things that can keep you from succeeding in school: It causes trouble with concentration, cognitive processing, reading comprehension, and memory. In the classroom, those symptoms can spell disaster.

TBI isn’t a new injury, and it’s not unique to recent wars. But many experts believe that the conflicts in Iraq and Afghanistan, with their blurred front lines and improvised explosive devices, have particular harm to the brains of the people fighting in them.

“These wars are different from, say, World War II,” says David Hovda, Director of the UCLA Brain Injury Research Center. “In Iraq and Afghanistan, you could be walking down any street and have somebody blow up an IED or a car and the explosive that’s being used is so powerful, it’s a devastating way to be exposed to an injury.”

WHAT IS TRAUMATIC BRAIN INJURY?

But most experts agree that even those numbers are likely too low, since traumatic brain injury, in general, tends to be under-diagnosed.

Most people with TBI recover quickly — their symptoms clear up within several weeks, or even months — but the pernicious thing about the disease is its unpredictability. For an unlucky minority – no one can say exactly how many people, or who they are — symptoms stick around, sometimes for years or longer.

Today, veteran Richard Gilbert is a senior at the University of California-San Diego. But eight years ago, he was a Marine Corps scout sniper on deployment in Iraq when he took a bad fall during an operation and was terribly wounded. Back home, doctors stitched up his stomach, his knee, and his back — and diagnosed him with post-traumatic stress disorder and a traumatic brain injury. Of all his injuries, he says it’s the ones you can’t see that bother him most.

“Having a broken body – break your arm, put it in a cast, you’ll be fine,” Gilbert says. “But with your brain, you can’t put a Band-Aid on it. You can’t put a brace on it before you take a test. It doesn’t work like that.”

For Gilbert, damaged memory is probably the toughest hurdle. He can remember everything that happened before his injury. But for everything after, things are patchy: Some, he remembers clearly, in incredible detail; other things pass out of his brain almost instantly.

“I had a rough week last quarter,” he says. “I forgot three papers. And I’m not talking like, a couple of days before I remembered and I put it off. I showed up to class. And I don’t have an answer for that. I wish I did.”

Gilbert’s an action-oriented kind of guy: “Once a Marine, always a Marine,” he says. So he’s come up with elaborate systems to cope with his brain injury.

There’s the list of PTSD triggers and TBI symptoms that he jots down, so he can recognize what’s going on in his head – things like loud noises, migraines and night terrors. There are the iPhone alarms that he sets to remind himself of every class, appointment, and deadline. And there’s the whiteboard that his girlfriend, Bethany Wilday, bought and hung right next to his door. On it, she’s has carefully written out a color-coded list of every thing going on each week, as well as a reminder to turn off the oven, since Gilbert kept leaving it on when he left the house.

Today, Richard Gilbert is doing well. He’s got a solid GPA in school. He’s traveled to 40 countries since leaving the Marines. He’s starting a business to sell outdoor apparel and equipment. He says he know his brain’s not normal – but he’s found the workarounds he needs to succeed.

“You have to be honest with yourself,” Gilbert says. “You have to come to terms with the fact that you’re not ‘normal.’ The thing is, I’m limited. And sometimes I sit back and I sometimes wonder how good could I be if I didn’t have these limitations. Where would my GPA be if I didn’t have these injuries? But the first step is to acknowledge that you do have a TBI and you do function significantly different than normal people. So even if they’re doing something, it doesn’t mean that you can do it the same way. So I’ve just adapted and worked around it. You just have to find a way to do it differently now, and you can overcome it.”

TBI as a disability

In a school setting, traumatic brain injury falls under the Americans with Disabilities Act, which means students who’ve been diagnosed generally qualify for special accommodations like extra test-taking time, use of laptops or note-taking help.

Richard Gilbert, for example, got help from his school’s disability services office, which he says was a “lifesaver.” Now he’s allowed to wear sunglasses during lectures, to ward off the migraines that are a symptom of his brain injury, and use a laptop in class, even when other students aren’t, though that can make him feel like he’s outing himself as disabled to a whole lecture hall.

“I want to pull it out,” he says, “because that’s how I remember stuff. But then everyone in that room, all 350 people, will be like, why does he get to have his laptop, he looks fine. It’s just a very uncomfortable situation.”

And student veterans may be less likely than other disabled students to even make it to their disability services office in the first place, according to Meg Mitcham, director of veterans programs at the American Council on Education.

“The trouble is getting them to the door in the first place,” she says. “We’ve all heard the stigmas against help seeking behaviors for the military population. And then keep in mind, you don’t know you have the injury perhaps, you don’t know that there are services and accommodations available out there, and you might think that you don’t need or don’t want help for that.”

And many veterans may need academic help before they ever set foot on campus. Amy Jak, a neuropsychologist at the Department of Veterans Affairs in San Diego, leads a course at a VA clinic in Oceanside, Calif., for veterans with TBI who are returning to school.

Jak developed the course in 2008, when she started to notice how her patients were struggling once they got to college. The syllabus covers study skills, concentration and focus and reading comprehension.

Tom Cottle, one of Jak’s students who was wounded in a suicide bombing in Iraq when he was deployed there with the Army, came to the class to get a head start before he enrolls in school next semester.

“With the brain injury, the whole learning process is real slow now,” he says. “Your memory is gone: short-term, long-term. Sometimes your words come out, you’ll mix them up. It’s a whole gauntlet of things that happen. It’s horrible. I don’t want to set myself up for failure.”

I have a son who suffered a traumatic brain injury back in 2000 due to a gunshot wound to his right frontal lobe that damage the ability for him make good and honest choices. As a mother I am outraged at what happened to my son Bobby, I cannot begin to let you know how proud I am to hear that you taught yourself to learn and teach your self the fact of life, how to accept the fact that your different from the rest of the people out in the community. We live in Minneapolis, MN where Minnesotans are proud to be who we are. Its been a long eighteen years with me and my mother Mary who's been in my corner since Bobby accident, I been battling, trying to get and make the most out of trying to get him to retrain again, which is very hard for our family. There's a ton of resources here in Minneapolis that I have been taking advantage of, but the problem is trying to get Bobby to participate in the many programs we have to offer, to get his skill set back to where it used to be. Meaning Bobby will ask me himself to put him in programs so he can get retrained in his reading, written, sports, walking, running, riding the bike. When I research programs for him that fit his overall personality he doesn't show up. These are the things that me and my mother been battling with for eighteen years. My son is being preyed upon by criminals on the streets here in Minneapolis, he consistently getting bullied, robbed for his money, strip from his clothes, beat up in the face, and the people who do these things to my son doesn't know that his TBI. I would like to talk to someone for help and I am crying out for someone to come an take my son away from all of the crime here in Minneapolis and retrain him on a life that he missed out on for eighteen years.