Strengthening Resources and Supports for National Guard and Couples and Families 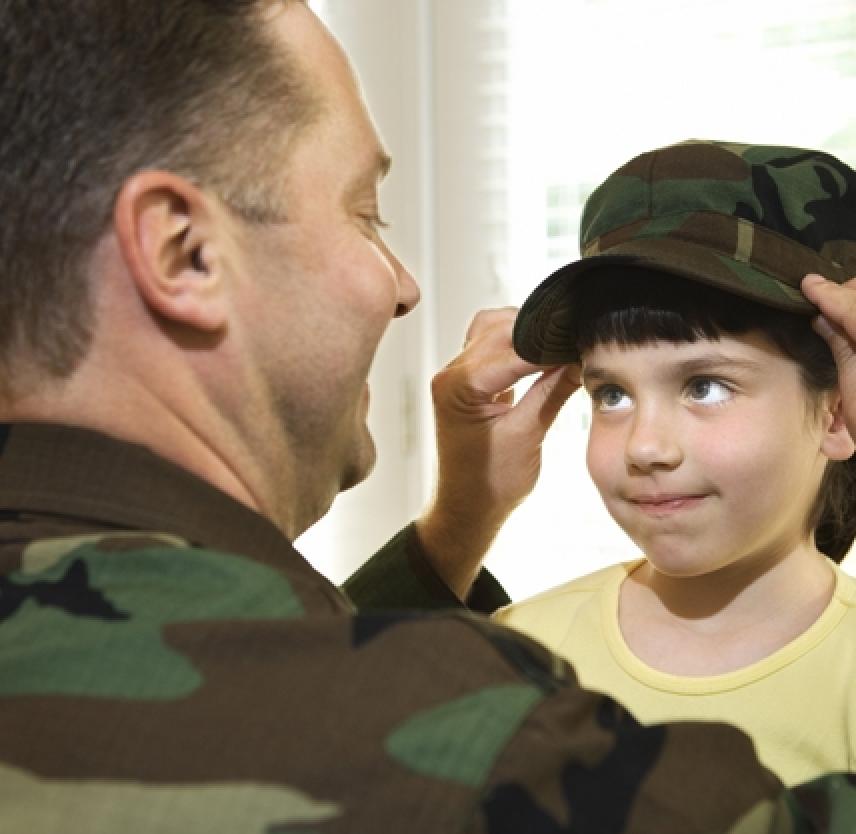 The Annie E. Casey Foundation and the National Healthy Marriage Resource Center (NHMRC) collaborated on a groundbreaking effort to convene many of the best minds on the subject of the intimate relationships of National Guard service members and their families. The day and a half event held in Tampa, Florida in September of 2010 included more than two dozen respected leaders, advocates, clinicians and researchers devoted to understanding and supporting intimate partner relationships and identifying best practices among existing and developmental marriage/relationship education and treatment programs. Particular attention was paid to the role of marriage and relationship education

(MRE) in helping couples and single parent families navigate the stress of multiple deployments and disconnection from the services typically afforded other military families. This paper summarizes the discussion of the challenges, emerging practices and next steps to support the relationships of National Guard families.

The Guard faces challenges unique from other branches of the military. For example, Guard families may not be located near a base where services are available; they may not know other Guard families; Guard families are less likely to be prepared for a deployment than active military families; and there is often a disconnect between “citizen” and “soldier” resources. Existing national efforts such as the Yellow Ribbon Reintegration Program and the Strong Bonds Program and local programs such as the Essential Life Skills for Military Families (North Carolina) and the Strength at Home (Massachusetts) programs have emerged to care for the family and relationship aspects of the Guard. Chaplains and Family Readiness Groups (FRG) are internal resources provided by the military, but most are tasked with a variety of needs across the Guard and their services can vary greatly by state. The group discussed the aspects of these programs that are effective and the need to expand and diversify services for Guard members and their families.

The overarching theme that emerged from the discussion was the importance of relationships in identifying and effectively dealing with the stress of multiple deployments for the “citizen Soldier.” Meeting participants identified a variety of challenges and stressors placed on these families. Issues such as deployment, post-traumatic stress, unemployment, navigating multiple systems, and lack of support networks among Guard families arose as key challenges. Participants also discussed various research findings and lessons from the field that create a framework for delivering marriage/relationship education programs to singles and couples in the National Guard. Specific recommendations for further research and action were categorized into three general areas:

To evaluate the outcomes of these recommendations a “Return on Investment” study was suggested. This study would quantify the long-term health care and recruiting savings of better preparing Guard personnel and families for the emotional, relational, and familial stress of deployment

The National Guard serves 50 states and four territories as well as the federal government, making it a unique and valuable U.S. resource. The National Guard is made up of approximately 470,000 men and women. The Guard is called on to respond to crises, whether domestic (such as Hurricane Katrina) or international. U.S. involvement in the Iraq and Afghanistan wars has greatly increased the deployment of National Guard members in active duty overseas. This development has raised awareness of the new and often prolonged stress and challenges placed on these military members and their spouses/partners and children.

Guard families are not likely to live on or close to a base with supportive services readily accessible. There is a great need to identify gaps in current support systems and resources available to those serving in the National Guard. Although hard data is difficult to locate, anecdotal reports indicate that National Guard families are especially vulnerable to divorce and family dissolution, in part due to the stress of deployment (as they may be less prepared for deployment compared to their active military counterparts) and the financial strain of deployment. The hardest hit among Reservist and National Guard families are the younger, more recently married couples with children. A 2002 Survey of Spouses of Activated National Guard and Reserve Component members classified recently married families with children under age five as high risk. (Caliber 2002 Survey of Spouses of Activated National Guard and Reserve Component.) It is important to note that this data was collected prior to the mass deployment of these members to the wars in Afghanistan and Iraq.

The nation continues to struggle with the long-term effects of the Global War on Terror and the wars in Afghanistan and Iraq. A large share of this burden has been, and is being carried by, the millions serving in the armed forces and their families. Since around 2003, many institutions, advocates, and social researchers have studied these effects. Those in the military responsible for training and caring for service members and their families have tried, through training and incorporating community resources, to minimize the negative impacts of these burdens. In two particular segments of the armed forces, the National Guard and Reserves, there are particularly complex challenges to prevention, intervention, and treatment.

Some community-based services and programs have been created/adapted to meet the family needs of the Guard. The NHMRC is interested in the role of MRE in supporting single and married Guard members. With support from the Annie E. Casey Foundation, the NHMRC convened a meeting to further the dialogue about the need for services among Guard families/individuals and support what the military is already doing in this area. A participant list is provided in Appendix

A variety of MRE programs are offered in communities and by the military/Guard. Connecting the Guard (through Chaplains and family support programs) to community-based MRE services can provide needed supports to Guard families coping with stressors related to deployment, employment, and lack of connection to other Guard families in their community.

Two continuing and broadly applied efforts discussed throughout the meeting were the Yellow Ribbon Reintegration Program and the Strong Bonds Program. The Yellow Ribbon Reintegration Program, for example, is linked across virtually every corner of the National Guard community. Military Chaplains involved with the program contend it is very effective as a conduit for information but, like other programs with similar aims, is dependent on each particular Guard unit’s emphasis, financial resources and available support staff. As for The Strong Bonds Program, which aims at building and sustaining family readiness and resilience through a focused, training regimen delivered by Chaplains, the group discussed how the effects are largely a derivative of the unit and individual family’s commitment to its principles and tools.

Thank you to the Annie E. Casey Foundation for their generous support and encouragement in convening a meeting of marriage and family strengthening representatives concerned with the well-being of our National Guard members who dutifully serve our states and country. The National Healthy Marriage Resource Center (NHMRC) would like to thank Mike Sullivan, a consultant on military leader development and future force requirements, for facilitating this forum. We also wish to thank the participants for sharing their ideas and experiences to inform the development of this paper.

We are grateful for the thoughtful feedback and planning support provided by Project Officers Carole Thompson and Jean Henningsen of the Annie E. Casey Foundation.

The findings and conclusions presented in this report are those of the authors alone and do not necessarily reflect the opinions of the Annie E. Casey Foundation.