Marriage and Divorce in the National Guard and Reserves: A Fact Sheet 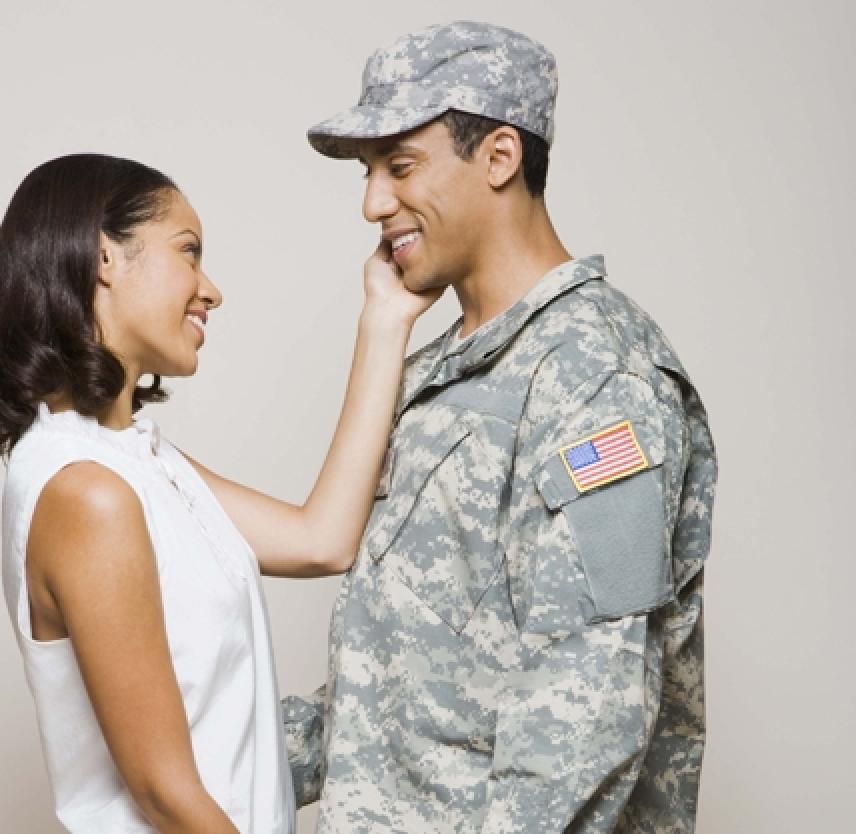 National Guard -The National Guard, which comprises 468,000 members1, consists of the Army National Guard and the Air National Guard. The Guard (in other words, a dual-status organization) serves the states as well as the federal government.2Each state has its own National Guard, under the control of the Governor (although the President of the United States can request the services of the Guard). Members of the Guard typically serve part-time, except when they are activated to full-time duty.

The Reserves - All five branches of the Armed Forces include Reserves, with Reservists typically serving the military part-time, while also maintaining civilian employment. This differs from those who are members of the Active Component – they typically serve full-time. When activated, Reservists will usually serve the military full-time, and then return to part-time service when deactivated.

Marriage Rates - The rate of marriage is the number of people who get married in a given year. For example, although the percentage of adults in the U.S. who are married is 55%, they got married at a rate of less than 1% (in any given year).9

Divorce Rates - The rate of divorce is the number of people who get divorced in a given year. For example, although the percentage of adults in the U.S. who have been divorced is about 25%, they got divorced at a rate of less than 1% (in any given year).9

The marriage rate within the Active Component of the military is substantially higher than among civilians of similar age, sex and education, meaning that in any given year, the percent of military members who marry is higher than in the civilian population – which might be expected because of their age. 5,6,8,10,11,12,13Several factors may account for the higher rates of marriage, including selection factors that differentiate service members from civilians, such as traditional values among service members,5,6,7,11as well as military programs aimed at supporting and sustaining marriages. In general, marriage rates for Reserve and National Guard members are similar to rates for civilians.6

Over half (55%) of all Active Component and 48% of Reserve Component members are currently married.4 Although the percentage in the adult U.S. population is the same (55%), it is important to remember that the civilian population is distinct in many ways.

It is believed that divorce is more common in the military than among civilians. For women, studies consistently support this belief 5,6,7,13 but the evidence for men is less clear. Some studies find higher divorce rates for men within the military,6,7,8,13while others find lower rates when compared to similar civilian groups.5,11 Some of the contradictory findings may be due to differences in the civilian comparison groups (e.g., age), while others may be due to differences in time periods (e.g., pre-9/11 vs. post-9/11).

Those who believe divorce rates are higher in the military point to the increased number of stressors and the challenges that come with deployment, as well as the incentives for premature marriage.5,6 Couples divorce for many reasons. Two prominent explanations for why divorce may be more common among military in comparison to civilian couples are:

Although deployments challenge couples, some studies have found that deployment may lower the risk of divorce11 and actually strengthen their marriages.19,20 For other couples, especially those who are already in distress, deployment may be a reprieve from a difficult relationship and delay divorce.

The military offers supports that may stabilize and protect marriages, including steady paychecks, healthcare, and educational programs promoting healthy marriages.5,6 The military also offers a number of financial supports to married members that are unavailable to single military members (e.g., larger housing allowance, dependent health insurance). These supports appear to influence some young service members to marry earlier than they may have otherwise.5,6 However, many of these incentives do not apply to Reserve and National Guard members. Unlike many members of the Active Component and their families, Reservists and National Guard members and their families may live far away from military installations and may not be able to easily access the services that installations provide. Service providers in their local communities may lack familiarity with military experiences, hampering their ability to effectively provide assistance.

Military couples have specific stressors that civilian couples do not necessarily face. However, these unique challenges do not prevent many military couples from having happy, healthy and successful marriages. Marriage education can be effective in strengthening marriages and decreasing military couples’ risk for divorce. For example, a select number of Army chaplains are qualified to conduct the PREP for Strong Bonds marital education program. One year following completion of this course, couples who completed the program had one-third the divorce rate of couples who did not participate.21

Service providers can help military couples at all stages of their relationships. Prior to marriage, service providers can help couples clarify the reasons they are marrying and the potential risks of marrying prematurely. Providers can also help couples prepare for deployment and the return home. Both deployment and reunion require military couples to renegotiate family roles and responsibilities. When delivering services, strategies may include assisting couples in recognizing and addressing the physical and psychological effects of combat deployments (e.g. PTSD, traumatic brain injury). Further, strategies can address military couples’ concerns about infidelity, substance abuse, parenting and domestic violence.

Issues concerning National Guard and Reserve members are important considerations for both policymakers and professionals working directly with couples. Marriage and divorce trends of service men and women must be understood in terms of both the implications of military service on family life as well as demographic factors that influence these trends (such as age and gender). Awareness of the challenges of military personnel and their families will help guide practitioners, mental health professionals, policymakers and others on the service delivery methods that most adequately meet the needs of the population.

Give an Hour
www.giveanhour.org
Give an Hour requests that mental health professionals nationwide donate an hour of their time each week to provide free mental health services to military personnel and their families. Research will guide the development of additional services needed by the military community and appropriate networks will be created to respond to those needs.

Army Family Readiness Group (FRG)
www.armyfrg.org
The Army FRG website is a secure site only available to soldiers/ Department of the Army (DA) civilians and their family members. The Army FRG site enables soldiers/DA civilians to access important information about their unit 24/7 from anywhere in the world. Soldiers/DA civilians can invite their family members to subscribe to the unit’s site to provide them with a valuable resource to gain information about the unit.

Military Chaplains and Local Clergy
Chaplains and local clergy may offer emotional and mental support to military members and their families. They may conduct religious services as well as provide counseling on a variety of issues affecting soldiers. Additionally, military chaplains often have first-hand experience in combat zones.

Military OneSource
800-342-9647
www.militaryonesource.com
Military OneSource is provided by the Department of Defense at no cost to active duty, Guard and Reserve (regardless of activation status), and their families. It is a virtual extension of installation services.

The National Healthy Marriage Resource Center (NHMRC) would like to thank Abigail Christiansen and Jeff Elison of the Military Family Research Institute at Purdue University for their contributions to this fact sheet. The NHMRC would also like to thank Sarah Byington of the Resource Center for her research and contributions. This is a product of the NHMRC, led by co-directors Mary Myrick, APR, and Jeanette Hercik, PhD, and project manager Rich Batten, ThM, MEd, CFLE.