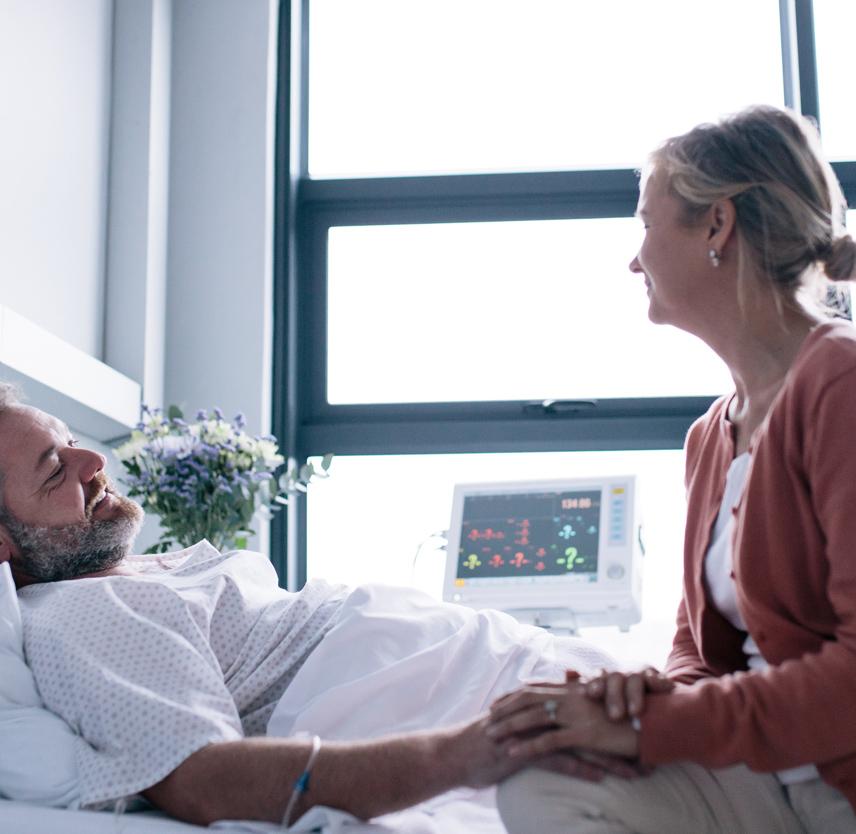 Related Content:
Life After Brain Injury: My Struggles and Strategies for Memory Issues
Brain Injury and Memory Loss: Why It's Not Like the Movies
Caring for Adults with Cognitive and Memory Impairments

When your survivor emerges from her coma, she likely will have little or no short-term memory. She may be disoriented, agitated, angry, impulsive, or extremely emotional. She may be disinhibited, demonstrating a complete disregard for social conventions. She may act like a child. She may behave bizarrely or in a manner completely alien to her personality.

This is a normal part of the healing process. It is called post-traumatic amnesia (PTA). For years, PTA was defined as the period of time after an injury when the brain is unable to form continuous day-to-day memories. More recently, the definition has been broadened to include a state of disorientation to time, place, and person. In this condition, the survivor may not understand who she is, where she is, and what is happening to her. She may be unable to recall very basic information, such as her name, your name, the season of the year, or the name of the current president.

Memory is the slowest part of the conscious mind to recover from an injury. It can be weeks or months before your survivor is able to routinely store new memories.

The duration of PTA is one of the better — but still not very reliable — predictors of long-term outcome (see page 101). As the weeks of post-traumatic amnesia pass, the odds of a good recovery diminish.

While in post-traumatic amnesia, the patient is somewhat responsive, but baffled by her surroundings. She doesn’t remember her daily activities. She can’t think ahead. She goes robotically from place to place and from task to task as directed by her therapists. If she’s able to speak, she asks the same questions repeatedly because she can’t remember the answers.

She may ask, “Where have you been all day?” when you have left her bedside for just a moment.

Answer her questions with simple words and short sentences. Don’t ask her questions until you are certain she will be able to respond easily. She doesn’t need any additional frustration.

Your survivor may temporarily or permanently lose some memories from before her injury. A young adult, for example, may forget she finished college ten months before her injury. Or, she may not recognize family members or friends. She may develop familial connections with her medical team as she tries to understand her environment. This can be distressing to unrecognized and ignored family members. It is usually temporary.

When Jessica became more lucid toward the end of her post-traumatic amnesia, she couldn’t recollect from day to day that I had stopped working eighteen months prior to her accident. She continually worried that I would return to work — leaving her alone, perplexed, and scared—despite frequent reminders that I was retired.

During this period of disorientation, the patient can become extremely agitated and resist attempts to calm her. This is understandable. Just imagine what she’s going through. She is unconsciously and frantically trying to sort through a lifetime of experiences and reconcile them with her current infant-like condition. Some patients become aggressive and uncontrollable and must be medicated to calm down. Others become psychotic, experiencing delirium and/or hallucinations.

Survivors in PTA also may confabulate. They are utterly confused by their situation. Seeking some explanation for their plight, they may mix imagination and memory to create a sometimes fantastic scenario. This scenario will probably make little sense to you, but will temporarily satisfy your survivor’s unconscious need to find some logic behind her confusion. For example, many survivors imagine that the doctors and nurses are guards, imprisoning them for bad behavior, such as swearing or striking visitors.

The transition from coma to PTA can be joyful as well as painful for the family. The patient, previously motionless, now is moving and may be speaking. Everyone is relieved; their worst fears have vanished.

The patient’s behavior, however, is childlike at best and, often, totally out of character. For the first time, visitors can see just how far their survivor has to recover. They are alarmed and cannot help but panic at the prospect of a grim future.

The first two weeks of Jessica’s PTA were my most challenging days. With a grimace of pain and bewilderment on her face, she writhed about her bed, moving incessantly with no destination in mind. She had no idea who I was. She was unappreciative of my attempts to help her.

I don’t remember ever feeling so helpless and alone. After sitting with Jessica for an hour or two, I ached for someone, anyone, to relieve me at her bedside. And once they arrived, I often fled, hoping that a short break would help me regain my optimism and fortitude.

Eventually, as Jessica gradually began to comprehend her new world, we found ways to calm her. At first, she viewed any physical contact as punishment. Since she was always trying to free herself from the tubes and lines tormenting her, we had to restrain her arms, which infuriated her.

But then something clicked and she remembered that holding hands and hugging were good things. Her behavior, however, was exasperatingly inconsistent. She was sweet and serene one moment, frantic and combative the next. I never knew what to expect.

Slowly, Jessica’s disorientation and fear eased and she grew to trust that I was a good guy. Though, she had no idea I was her husband or even understood the concept of marriage.

When a person is experiencing PTA in the early days of her rehabilitation, she is able to learn some new things, including:

In addition, some behavioral problems can be addressed with success during post-traumatic amnesia.

With patience and persistence, you can guide your survivor through the fog of PTA. Be careful, though, and do not confront or argue with her. Consistent behavior and steady assurances are important. Determining when your actions won’t agitate your survivor takes some practice. Often, especially in the early stages, the best environment for the patient is little or no stimulation.

Here are some guidelines to follow when your survivor is in the throes of post-traumatic amnesia:

Next: An Overview of the Rehabilitation Process >

This article on rehabilitation after a brain injury is excerpted from Garry Prowe's book, Successfully Surviving a Brain Injury: A Family Guidebook.

In 1997, Garry's wife, Jessica, sustained a severe brain injury in an automobile crash. "At the time, I spent way too much time accumulating the information I needed, not only to understand the medical aspects of Jessica's brain injury, but also to handle the myriad insurance, financial, legal, personal, and family issues that accompany a serious blow to the brain. I recognized the need — that still exists today — for a book that comprehensively addresses the wide variety of issues families face in the first few months after a brain injury.

"To research this book, I assembled a panel of more than 300 survivors, caregivers, and medical professionals who responded to my email questions and reviewed portions of my writing.

"For us, this project is a labor of love. All profits from the sale of this book will be donated to brain injury organizations."

Five years ago I was injured badly enough that I have no memory of five and half weeks. My ability to recall has slowed since the days prior to the injury. As I've said numerous times since the TBI: I'm getting a little better every day.

The reason I choose to comment: Thank you Garry and those who were also part of producing the book from which this excerpt was extracted from. I haven't read the book, yet from this part alone I've become certain it is in whole a comforting and informative read.

My man was in coma for 90 days. Lost all memory except last two years of his life at his Las place of employment . How do I erase those bad memories? I enter data"" daily, but he always makes reference to Silverado. Continual heartache...he was working on Veterans Administration contract. Any ideas? Thanks