Looking at the Risk of Concussion in Sports Head On 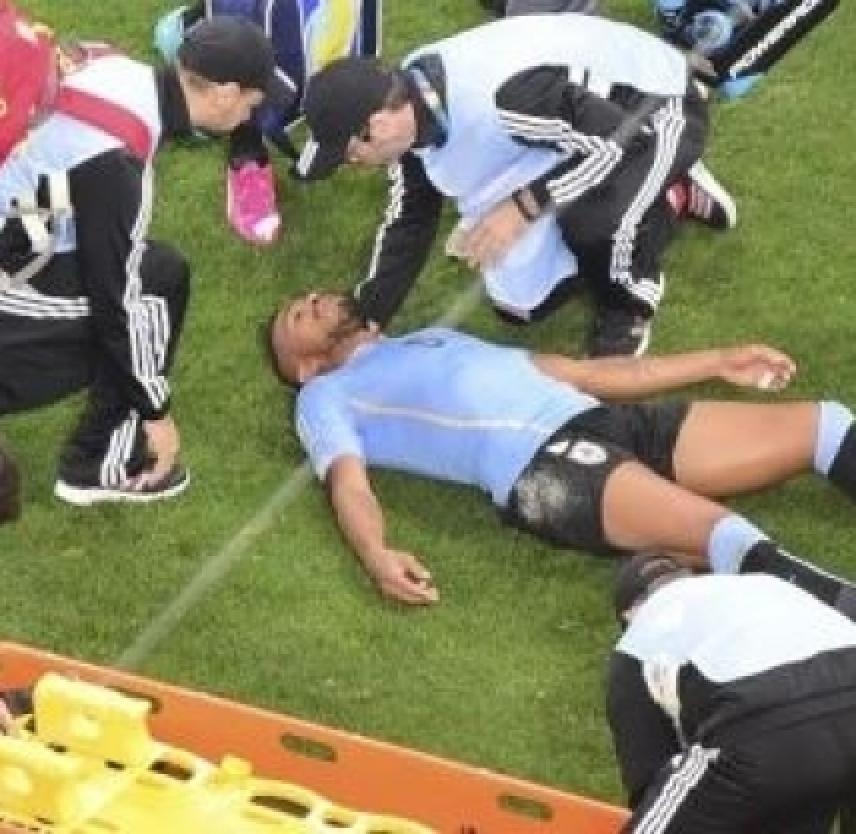 A ball soars through the air at top speed; a soccer player heads it and enables his teammate to score the winning goal. A hockey player slams into his opponent, resulting in both of them hitting the ice as their heads make impact. Both rise and continue the fierce competition. In a close basketball game, a player dribbles the ball down the court and collides with a defender, crashing to the floor. Although momentarily disoriented, he gets up and continues playing. These players don’t leave their respective games despite throbbing headaches and waves of nausea. Three distinctly different games, they are linked by one commonality: concussion.

Concussions have gained notoriety of late due to their association with football injuries, but football is not the only professional sport from which these head injuries can result. From soccer and lacrosse to ice hockey and basketball, the incidences of athletes sustaining concussions is on the rise. What makes this an increasing concern is that despite the pervasiveness of these brain injuries — or, perhaps, because of it — they often are not taken seriously by the players or by others involved in sports, including coaches. More often than not, players say nothing of their injury, opting to remain in the game to enable their teams to win or simply because they don’t perceive their injuries as serious. Yet, even when athletes experience the telltale symptoms of headaches, dizziness, memory lapses, difficulty concentrating and sensitivity to light, they often fail to seek treatment, as proven by the behaviors seen most recently in the 2014 FIFA World Cup.

FIFA, the main organizing body for international soccer, offers this suggestion to athletes who have sustained a head injury and are considering whether to remain in the game: “When in doubt, keep out.” However, FIFA, who is in the midst of the World Cup, may have to make more than mere suggestions.

Already in the competition, the International Federation of Professional Footballers is calling on the governing body to investigate concussion protocols and return-to-play standards following Uruguayan defender Alvaro Pereira’s decision to return to the game despite suffering an apparent concussion in the game against England. American forward Clint Dempsey also returned to play during the USA’s match against Ghana after taking a kick to the face that broke his nose. Although a concussion was never confirmed, it’s unclear whether there were ever full evaluations performed on either Dempsey or Pereira. FIFA is now considering using substitute players in the event of a possible concussion as well as taking evaluations out of the hands of team doctors. A recent release stated, “FIFPro is considering alternative solutions such as independent medical practitioners appointed by FIFPro for all future FIFA competitions.”

Moreover, this lackadaisical approach to concussions begins not in professional ranks but rather among athletic youth, who then continue this behavior as they advance in the sport. In fact, a study conducted in May 2013 revealed that 53 percent of high school football players, for example, said that they would continue to play despite a head injury that produced a headache. Meanwhile, another study conducted by “Pediatrics” in 2010 indicated a 70 percent increase in TBI on youth basketball courts over the previous decade. However, there was no commensurate decrease in the number of participants. What all of this points to is a clear lack of understanding on the part of athletes and those surrounding them regarding the detrimental aspects of concussions to their current and future health.

Incurring repeated hits to the head and cumulative concussions has negative long-term effects on health. This includes an impact on cognitive processes such as learning, memory and emotions as well as on behavior. Concussions have also been linked to chronic traumatic encephalopathy (CTE), a brain disease with the characteristics of dementia, which has been diagnosed posthumously in athletes who experienced head injuries and concussions repeatedly.

Compounding the problem of detecting concussions is the fact that the injury does not always appear on computerized topography (CT) scans or magnetic resonance imaging (MRI), yet the impairment persists. This makes athletes even more reluctant to report symptoms and to leave the games. With injuries that are not readily apparent go undetected by scans, athletes, coaches, and parents can easily downplay the severity of the injury.

For this reason, many in the sports world are taking steps to prevent further damage to the brain. One solution is to mandate that athletes wear helmets for sports such as soccer or women's lacrosse, which don’t currently require them. Another solution, now implemented by the University of New Haven men's basketball team, is the use of Triax head sensors. Placed inside a headband, these sensors track the g-forces of a blow to the head, transmitting the data wirelessly to computers in real time, thereby enabling trainers to know when athletes are injured and, potentially, to remove them from the game.

What is promising, though, is that the recent awareness of the dangers of concussions is causing major sports organizations, both youth and professional, to evaluate their current head injury protocols – which will hopefully result in increased protection for players.